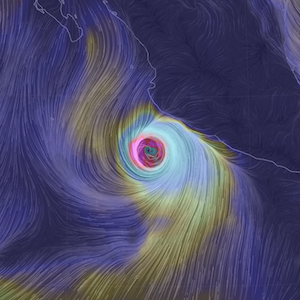 Hurricane "Patricia" is only the latest glaring example of the power structure's manipulation of Earth's rapidly unraveling climate system. Hurricane manipulation has long since been "business as usual" for the massive global climate engineering infrastructure. Historical documents prove the reality of the ongoing total government involvement with climate engineering, this includes extensive congressional reports. Though early efforts to manipulate hurricanes were disclosed, such programs have long since gone under the radar. Even "gag orders" have now been placed on government weather agencies like NWS and NOAA. Weather warfare is the weapon of choice for the global power brokers, this weapon is used to keep non-submissive countries in line. Hurricane Patricia exploded with an unprecedented increase in intensity that was so rapid computer models could not even follow it, completely "stumping scientists". 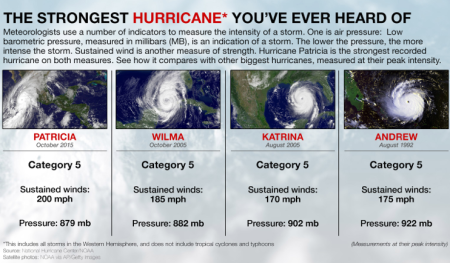 The military industrial complex and the criminals that control them always have many agendas being carried out at once. In addition to impacting Mexico (perhaps for its ramped up trade and cooperation with Asia and for utilizing currencies other than the US dollar), the moisture from hurricane "Patricia" is being pumped toward the Northeast where it is being heavily aerosolized and chemically ice nucleated in order to cool down portions of the US. This process is used for engineered winter storms if the temperatures are cold enough. When it is too warm, the process simply cools down the temperatures on the ground as the colder air sinks.  Extensive atmospheric moisture is needed in order to produce the engineered cool-downs that have been repeatedly orchestrated over much of the eastern half of the US in recent years. The short term engineered cool-downs come at the cost of a far worsened overall warming. As the planetary meltdown continues to accelerate, the climate engineers are constantly "doubling down" on their climate modification assault of total insanity.

Moisture from "Patricia" will by utilized to cool parts of the US, the consequences are irrelevant to the weather makers. 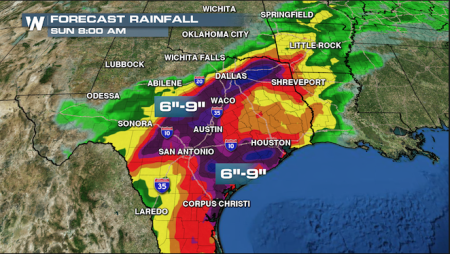 The brighter white cloud cover that shows up in the combination satellite radar image below is indicative of the most heavily aerosolized cloud cover. This bright white expands out in every direction from any core concentrations of atmospheric moisture. This is the the goal of solar radiation management, to create as much cloud canopy as possible, again, the overall consequences are not relevant for the climate engineers as they carry out a multitude of agendas for their own purposes. Flows of moisture into the western US are being completely aerosolized. This creates hazy white featureless skies over vast outlying areas and can greatly reduce or eliminate precipitation altogether in those areas, further fueling the already epic drought in the US West. 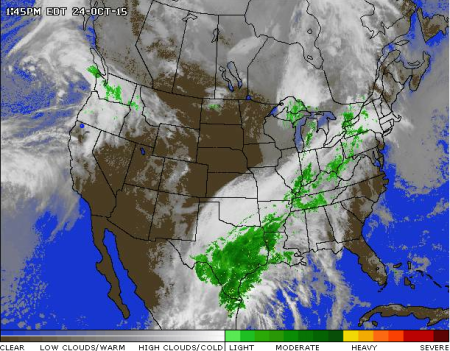 As mentioned, the moisture from "Patricia" has been and continues to be heavily sprayed (saturated) with aerosols. This creates a temporary (and highly toxic) cool-down for portions of the US. 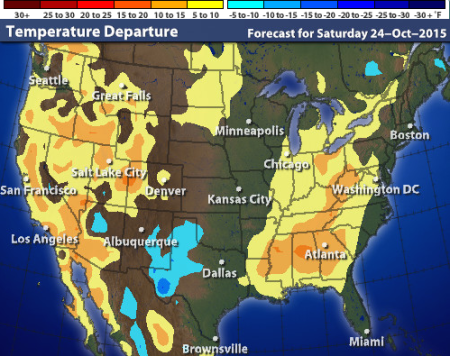 As this moisture migrates over the eastern US in the coming days, the desired temporary cool-down sought by the climate engineers is now forecast to occur as the latest NOAA map below reflects. 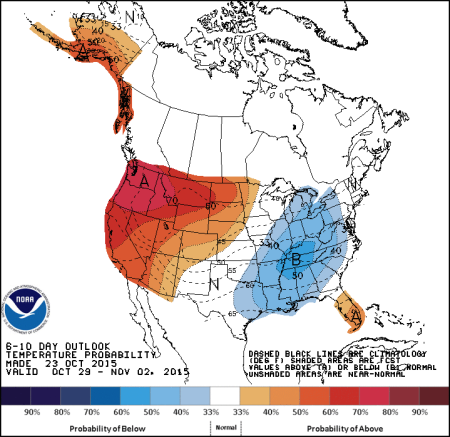 The latest NOAA winter outlook map is below. In spite of record warm oceans and record warm temperatures predicted for all  regions surrounding the southern US, miraculously, below normal temperatures are predicted for the southern tear of states. Welcome to "engineered winter". Just as the moisture from "Patricia" is being used to temporarily cool regions of the US, the flow of moisture from el nino this winter will be utilized to cool some regions while the rest of the planet descends into meltdown. 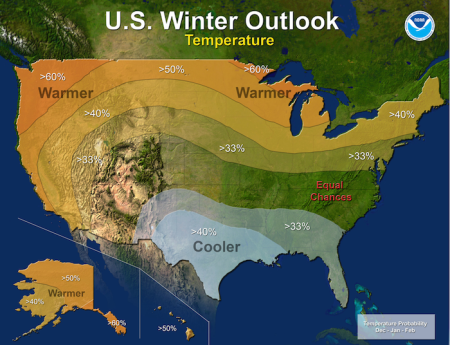 The GISS "departure from normal high temperature" map below covers a two year period from 2013 to 2015, clearly, the most anomalously below normal temperature zone in the entire world has been the eastern half of the North American continent. This anomaly is a direct result of constant and extremely aggressive climate engineering. 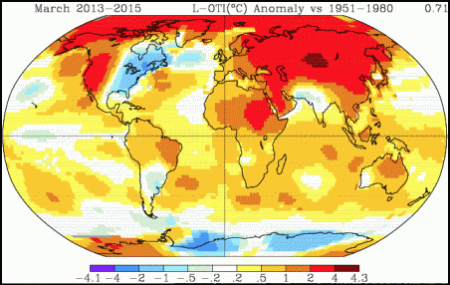 In regard to the ongoing climate engineering nightmare, it is imperative to remember many agendas are being carried out at once. "This OR that" dichotomous thinking needs to be abandoned, with one exception, there is NO benevolence in regard to the geoengineering/weather warfare insanity, NONE. Help us to expose and halt climate engineering while we still have any part of a functioning biosphere left to salvage,  make your voice heard in this desperate battle.
DW