The Royal Society Report On Geo-Engineering

The Royal Society report on Geo-Engineering attempts to rate twelve potential approaches to engineering the climate by effectiveness, affordability, timeliness and SAFETY- and to graphically compare the approaches in terms of these criteria.   (click to read original article) \ 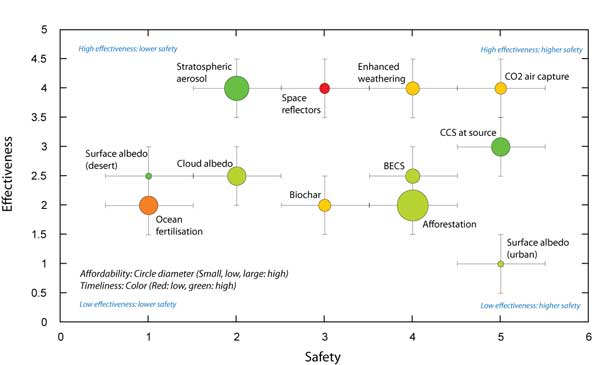 The Stratospheric aerosol example rates considerably low in safety, yet is the most widely used program known to date. Tens of millions of people world-wide have discovered themselves the guinea pigs in ongoing aerosol programs, sometimes known as “chemtrails”, when in actuality, the entire population is being exposed. Citizens in Shasta County California, have been testing surface water and air samples for years, as the skies above them are some of the most heavily sprayed in the world. Naysayers argue that the skies have always been full of lines, yet  mountains of video evidence prove otherwise, including video of military jets turning sprayers on and off and during passovers.