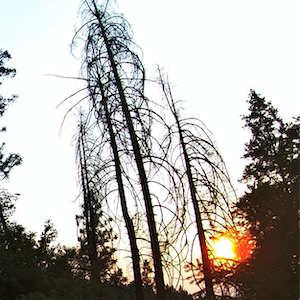 How dire are conditions in our last remaining wilderness areas? What primary factors are fueling the record wildfires that are incinerating formerly thriving forests? What aren’t official agencies telling us?

Geoengineering Watch will produce a series of short videos to reveal the true state of the forests in Northern California. In this first installment of “Into The Wild”, I will show film footage evidence of the rapidly deteriorating forest environments. If the forests die, we will perish with them.

Forests are dying and burning all over the world, covert climate engineering operations are a core causal factor. All are needed in the critical battle to wake populations to what is coming, we must make every day count. Share credible data from a credible source, make your voice heard. Awareness raising efforts can be carried out from your own home computer.
DW