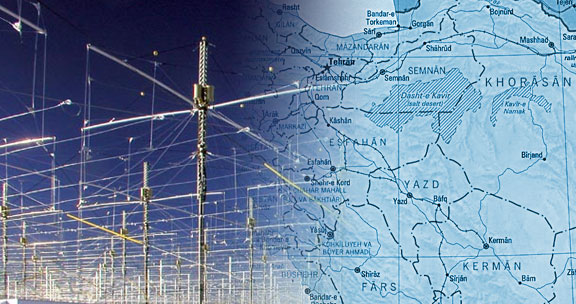 The head of Iran’s cultural heritage and tourism organization believes that in addition to economic sanctions, the West is launching another kind of ‘soft war’ on the Islamic republic.

Speaking at a ceremony to introduce the nation’s new meteorological department chief, Hassan Mousavi said that he was ‘suspicious about the drought in the southern part of the country.’

He went on to accuse the West as using ‘technology’ to influence the nation’s climate, saying sand storms, droughts, and other extreme weather were the result of an unspecified method of war.

<image001.jpg>Drought: Speaking at a ceremony to introduce the nation’s new chief of meteorological department, Hassan Mousavi said that he was ‘suspicious about the drought in the southern part of the country’

‘The world arrogance and colonist (term used by Iranian authorities to label the West) are influencing Iran’s climate conditions using technology,’ Mr Mousavi was quoted as saying by the Fars news agency, according to the AFP.

‘The drought is an acute issue and soft war is completely evident… This level of drought is not normal.’

The storms typically enter Iran from neighboring Iraq, where wars have increased the desertification of the country. 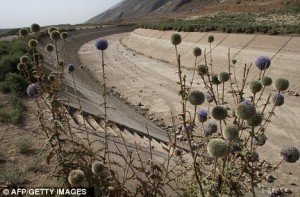 Riverbed:He went on to accuse the West as using ‘technology’ to influence the nation’s climate, saying sand storms, droughts, and other extreme weather were the result of an unspecified method of war 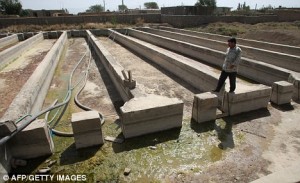 His argument is not uncommon, however.

‘Western countries have designed plans to cause drought in certain areas of the world, including Iran,’ he said at the time.

‘The drought is an acute issue and soft war is completely evident… This level of drought is not normal.’

‘According to reports on climate, whose accuracy has been verified, European countries are using special equipment to force clouds to dump’ water on their own continents.

He continued: ‘They prevent rain clouds from reaching regional countries, including Iran.’

Iran’s leaders continuously accuse the West, and specifically the United States, of threatening against the Islamic republic’s sovereignty and development.#Link

The Pentagon has admitted utilizing weather warfare against adversaries. In 2005, the Air Force said it has the ability to “generate precipitation, fog, and storms on earth or to modify space weather” and that “the production of artificial weather all are a part of an integrated set of technologies.” 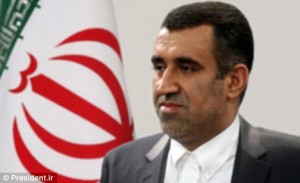 In addition, the U.S. military has “induced ionospheric modifications” using its High-Frequency Active Auroral Research Program, or HAARP. “The HAARP system is fully operational and in many regards dwarfs existing conventional and strategic weapons systems. While there is no firm evidence of its use for military purposes, Air Force documents suggest HAARP is an integral part of the militarization of space,” The Ecologist reported in December, 2007.

According to a former Naval physicist, Ben Livingston, the Pentagon has used weather warfare techniques since at the least the Vietnam War. “Livingston asserts that hurricane control was a national priority of the government in the 60s and they had the ability to do it at that time. That was 40 years ago,” Paul Joseph Watson wrote in 2005 after Livingston appeared on the Alex Jones Show.

In April of 1997 United States Secretary of Defense William S. Cohen said governments “are engaging… in an eco-type of terrorism whereby they can alter the climate, set off earthquakes, volcanoes remotely through the use of electromagnetic waves.” Cohen made the comment in 1997 at a conference on Terrorism, Weapons of Mass Destruction and U.S. Strategy in his official capacity as the U.S. Secretary of Defense.

The United States and Israel have engaged in covert war against Iran over the last several years, so the idea that weather weapons are being used in this ongoing effort is hardly far-fetched.

In addition to overt terror attacks, including but not limited to the assassination of Iranian nuclear scientists, the U.S. and Israel have worked to undermine Iran with two sophisticated computer viruses, Flame and Stuxnet.

Weather control as a global weapon with author Bob Fletcher: