Is Geoengineering Pushing Us Into Climate Chaos? 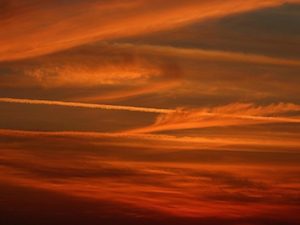 The short answer is yes.

Start with something dynamic, like the weather and its increasing propensity toward sudden, drastic and lingering surprises. As the geologic record of mass extinctions repeatedly shows, if pushed too far by various atmospheric forcings (like mass methane releases or meltwater shutdowns of ocean circulations),  the longer-term weather patterns we call climate can change drastically, for a very long time, within a decade. Or a year.

Geoengineers understand that complex weather behaviour emerges from a few simple initial conditions. Change those conditions along a broad atmospheric front by deploying aerial refuelling tankers to spread particles that accrete moisture and scatter incoming sunlight, absorb energy from ionospheric heaters like HAARP, or rapidly cool air masses by dispensing ice-nucleating chemicals like an airborne flash-mob – and you change the heat balance of that airspace and thus the resulting weather. Do this repeatedly, spreading megatons of atmospheric-forcing particulates behind hundreds of heavy aircraft for many years and even climate can be altered.

But which way will it jump? If the flapping of a butterfly's wings can randomly influence the course of a distant hurricane, consider an air force “wing” of 72 jet tankers, each spreading 200,000 pounds of aerosol particles one-tenth the diameter of a human hair along a flight path traversing thousands of miles. With our compounding emissions already hurrying heat and humidity in some places to the edge of liveable limits, geoengineering is the unwelcome bully that threatens to jerk the trigger on looming Abrupt Climate Shift.  (Geoengineering aerosols over Belgium – above)

SNAKEBITE
Earth's climate system is chaotic enough to turn occasional stumbles into full-fledged flipouts. So the last thing anyone would want to do is to trigger such an upset with planeloads of monkey-wrenching aerosols. 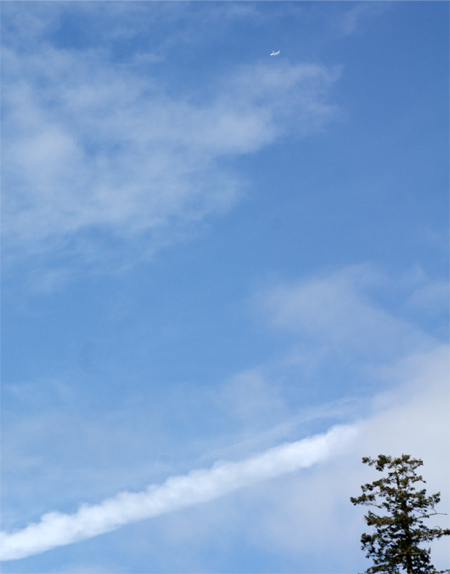 To elevate such planetary roulette from blind swings at a constantly shifting atmospheric piñata to a reliably predictable science, the desired weather/climate output must be proportional to each atmospheric modification input. And the resulting atmospheric events must also react the same ways every time. That's why we call such predictable progressions, linear.

Nonlinear means “full of surprises”. While short-term moisture, temperature and pressure trends can presage near-term weather over a day or two, the further forecasts extend, the more variables are introduced by air masses feeding back on themselves. Other wild cards faced by the geoengineers include heat-trapping gases accumulated over the past 200 years, atmospheric and oceanic “feedbacks” like major methane burps, hyper-evaporation, warming waters and melting ice sheets, unscheduled volcanic eruptions, the fracking plague, and climax civilizations bristling with dirty stacks and exhausts – plus their own geoengineering efforts, ongoing since at least 1997, when I broke this story worldwide for Environment News Service. [Chemtrails Confirmed 2010 by William Thomas]

Because changes occur in Earth's intricately-coupled biosphere simultaneously and interactively, attempting to anticipate and alter so many constantly changing conditions makes large-scale climate modification an exercise in juggling snakes. Begin with a few characteristics of the longterm weather patterns you want to change. Just seven building blocks can interact with each other one million different ways. Jump to a hundred climate-determining factors and each one will interact with the other 99, yielding 10 billion possibilities. Some outcomes are more likely than others. But this hardly precludes unpleasant nonlinear responses to deliberate planet meddling. [“Considering Complexity” by William Thomas Southwest Airlines Spirit magazine 1994] 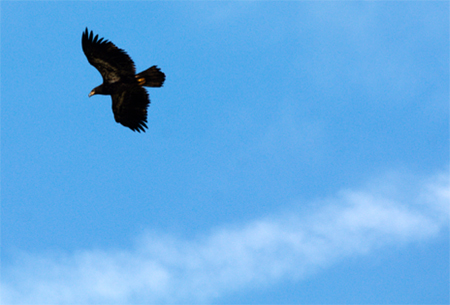 Remember, the atmosphere is an “adaptive” participant in every geoengineering mugging, responding to each input every time with widely different outcomes. Since abrupt discontinuities are a prime feature of nonlinear systems, when attempting large-scale weather modification, unintended consequences are built-in. Like turning off the African and Asian monsoons on which many billions of not-just-human lives depend. [20 Reasons Why Geoengineering May Be A Bad Idea] 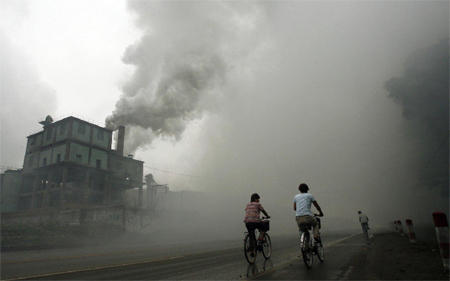 WE'RE ALL IN THIS TOGETHER BUT SOME MORE THAN OTHERS
Every pound of heat-hugging carbon we transfer from deep underground into the air will be our climate legacy for the next hundred years. Every time we start our fourwheeled carbon burner, we're a geoengineer. Every time a commercial jet climbs into the stratosphere, all onboard are geo-engineers. Ditto all those power plants pumping trainloads of burnt coal into the sky. 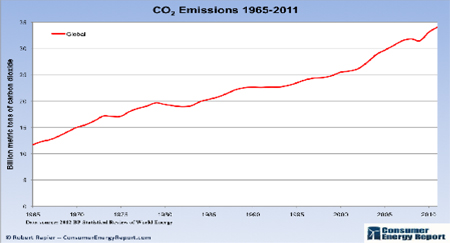 The big difference is, it's your choice whether to turn the key, board that plane, or join a grassroots group demanding clean energy. As for your input into whether those jets overhead continue dimming the sun – not so much.

The result of all this inadvertent and deliberate atmospheric forcing is climate chaos. “Chaotic” means “unpredictable”. Punch-drunk by our ever-accumulating heat-trapping exhausts, at least 17 years of concerted geoengineering efforts, a wonky jetstream, and dozens of amplifying feedbacks from thawing tundra, clearcut forests, burning forests, melting ice sheets and the expanding ocean heat reservoir (for example) – it's no wonder so much inconvenient weather is lurching across this planet.

Nobody knows. The atmospheric predictions produced by our best supercomputers crunching incomplete data that ignores climate feedbacks and geoengineering are falling further behind the alarming headlines resulting from a churning complexity that is ultimately unknowable. 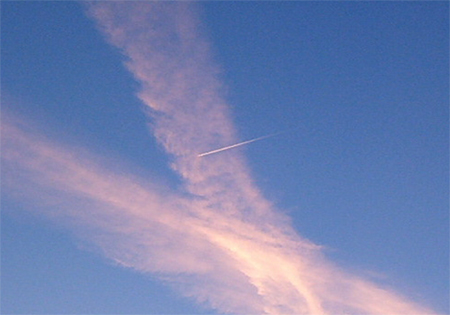 Given all the still-ignored feedbacks we've set in motion, most notably geoengineering, it's not surprising that climate changes continue to outpace our models. Any climate activist or “scientist” who continues to ignore these well-documented aerosol assaults is working with fatally flawed data. (Aerosols & contrail over Ontario -Jim Beck photo: above)

But “gross” geoengineering outcomes can be observed. There is no question that Solar Radiation Mismanagement (SRM) by allied governments is contributing significantly to the Great Drying, which may soon segue into the Great Dying. This is why the authors who studied Mount Pinatubo's eruption do not support geoengineering. “Creating a risk of widespread drought and reduced freshwater resources for the world to cut down on global warming,” they write, “does not seem like an appropriate fix.” [This Changes Everything]

To call geoengineering an inexact science is to suggest that if you repeatedly jab a gut-shot tiger with a stick it might do something unpleasant. We know from years of airborne experimentation that attempting to impose an inherently flawed model on Earth's atmosphere under the official hubris of “Owning The Weather” invariably produces the opposite result. As Naomi Klein writes, geoengineering “may cause the earth to go wild in ways we cannot imagine, making geoengineering not the final engineering frontier… but the last tragic act in this century-long fairy tale of control.” [This Changes Everything]

WELCOME TO CLIMATE CHAOS
So what does climate chaos look like? 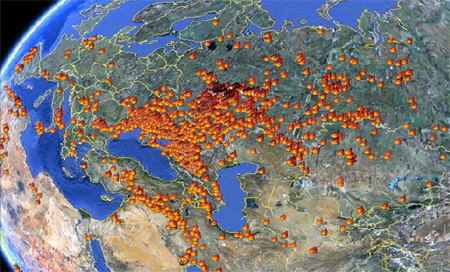 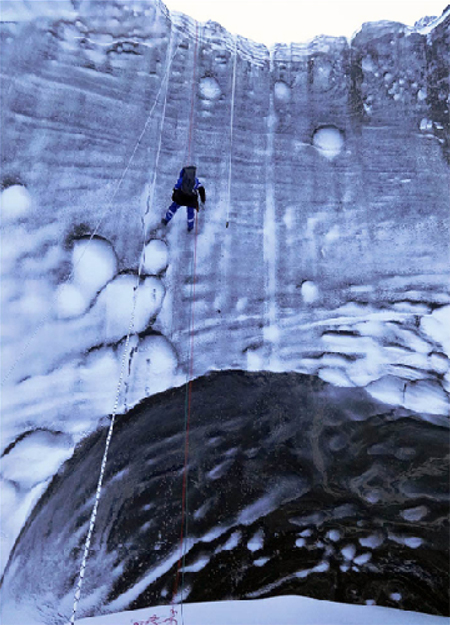 WHO DONE IT?
As Rutgers University professor Jennifer Francis explains, the loss of reflective sea ice and resulting heated surface air rising from dark waters is producing a northerly bulge in the jet stream that builds high pressure in the East.

So is atmospheric warming or geoengineering responsible for California's thirst and Alaska's failed winter? The answer: Both are so intricately meshed, it's no longer possible to distinguish one from the other. At least until we shut off Teller's sunscreen. 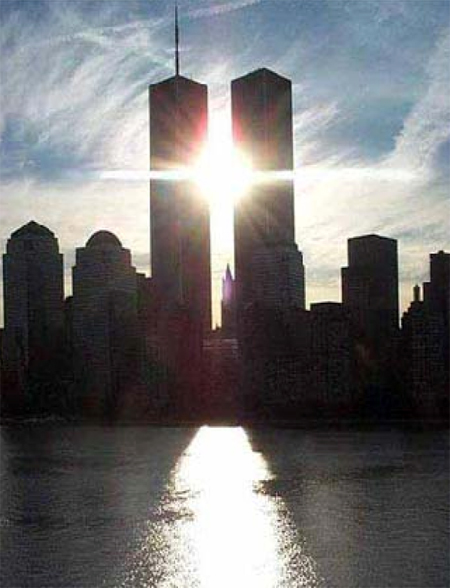 Are all these chemical and contrail sky plumes painting us into an untenable corner? Immediately following the 9/11 attacks, David Travis measured a roughly 2°F difference over those three contrail free days between the rising daytime and falling nighttime temps across the continental USA. (In 2005, James Hansen's NASA team  crunched slightly different numbers for 9/11 and came up with an  average mean temperature change of just .05°F – a perfect example  of a changed starting point drastically altering complex outcomes.)

There is no way a few days of absent contrails (while geoengineering continued) equate with the disrupted hydrological cycle from 5,000+ days of aerosol spraying. But the 9/11 “experiment” in mass mind control and atmospheric processes means we dare not continue an experiment that artificially desiccates air masses as short-lived speed bumps to skyrocketing air temperatures. If Hansen's right, geoengineering isn't working. If Travis is correct and we stop spraying particulates (whose tiny 10-micron size is deemed an Extreme Human Health Hazard by the EPA) we face an unknown instant temperature jump in a feedback-sensitive atmosphere already heading toward a 4°-6°C rise by 2035. Are your children down with geoengineering continuing to grease the skids into extinction? (Glenn Boyle photo) 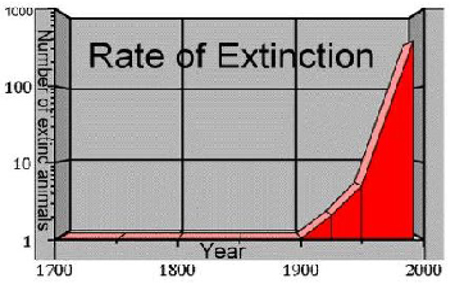 GOING UNDER
When unstable systems like Earth's climate are pushed past critical thresholds, selfamplifying feedbacks cause chaos, which eventually degrades into a much simplified state. 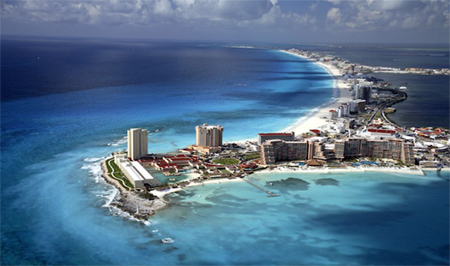 Like a tightening trigger, climate change is carrying us toward explosively Abrupt Climate Shift. As Klein comments, when “university professor Rob Nixon describes the brutality of climate change as 'slow violence'; geoengineering could be a tool to significantly speed that up.”

Before we can agree to step back from the climate precipice, geoengineering is shoving us toward the kinds of social breakdown stalking Miami Beach, where “slimy green saltwater” from rising seas is filling streets, blocking doors, ruining vehicles, and inundating shops and homes. “Another foot of sealevel rise will be enough to bring salt water into our fresh water supplies and our sewage system,” warns scientist and South Miami mayor Philip Stoddard. “You won't be able to flush away your sewage and taps will no longer provide homes with fresh water. 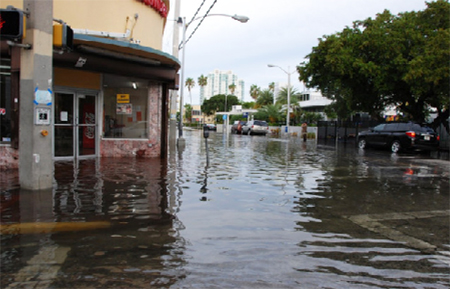 “Then you will find you will no longer be able to get flood insurance for your home. Land and property values will plummet and people will start to leave. Places like South Miami will no longer be able to raise enough taxes to run our neighbourhoods. Where will we find the money to fund police to protect us or fire services to tackle house fires? Will there even be enough water pressure for their fire hoses? It takes us into all sorts of post-apocalyptic scenarios. And that is only with a one-foot sea-level rise. It makes one thing clear though: mayhem is coming.”

Instead of buying time, every aerosol mission is reducing the time left to act. And by obscuring the true pace of climate change under veils of artificial clouds and 40°F snow, the geoengineers are making it much harder to respond.

Every day the aerosol tankers fly, politicians beholden to Big Oil can delay meaningful action, while making Abrupt Climate Shift and a Canfield ocean more likely. “No reputable scientist I know thinks placing tiny reflecting particles in the stratosphere is a good idea,” saysPhilip Duffy, president and executive director of the Woods Hole Research Center, which focuses on climate change.

And no one's even discussing the quantum effects from aerosol technologies.

FULL STOP
So I modestly suggest: Indict the geoengineers for reckless planetary endangerment. And ground the aerosol tankers now.

Use existing state/provincial, national and international air pollution and air traffic laws regulations to apply for legal injunctions to stop geoengineering experiments over cities and entire regions “if and when any such attempts are made.” Then, using the evidence needed to obtain those writs, launch class action lawsuits naming anyone responsible who can be identified by name, title/rank for trust betrayed and damage done. 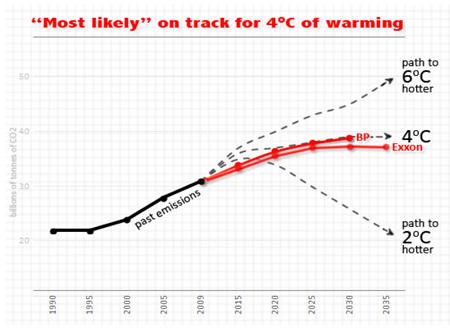 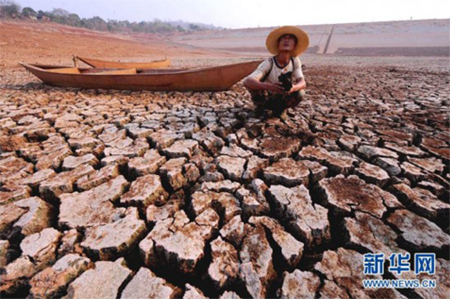 7 Responses to Is Geoengineering Pushing Us Into Climate Chaos?