Is There Any Chance Our Changing Climate Is A Natural Cycle? 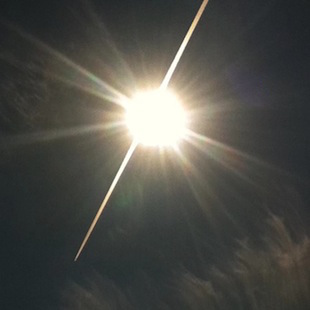 The short answer is NO. Mathematically speaking there is absolutely no chance that our current warming is in any sense a part of a natural cycle. There are still many clinging to the notion that the human race has had little or nothing to do with the rapidly warming climate, but all available data and mathematical statistics say otherwise. Human activity has completely altered the biosphere in countless ways, especially in regard to the climate system. Of all the anthropogenic factors affecting the climate, the ongoing climate engineering programs are the single most significant source of disruption and decimation. To say the changes to our biosphere are "natural" would be like pushing someone off a cliff and then saying "people die, it's natural". So what are the odds of the changes in our climate being just a "natural cycle"? The Associated Press hired statisticians to find out, the results shown in the article below should paint a very clear and sobering picture. The fact that climate engineering is not mentioned or considered in the article is irrelevant. Climate engineering is still a form of human activity so the equation remains completely accurate.
Dane Wigington
geoengineeringwatch.org

​The global heat streak of the 21st century can be explained with statistics that defy astronomical odds.

First, the National Oceanic Atmospheric Administration calculates global average temperature going back to 1880. That's 135 years. So if no other forces were in play and temperatures last year were totally at random, then the odds of 2014 being the warmest on record are 1 in 135. Not too high.
But record and near record heat keep happening. Climate scientists say it's not random but from heat-trapping gas spewed by the burning of coal, oil and gas. You know, global warming. And one of their many pieces of evidence is how statistically unlikely it is for the world to have warmed so much.
So how likely are these temperatures to be random? The Associated Press consulted with statisticians to calculate the odds of this hot streak happening at random. Here are some statistics and the odds they calculated, with the caveat that high temperatures tend to persist so that can skew odds a bit:
The three hottest years on record—2014, 2010 and 2005—have occurred in the last 10 years. The odds of that happening randomly are 3,341 to 1, calculated John Grego of the University of South Carolina. Kai Zhu of Stanford University, Robert Lund of Clemson University and David Peterson, a retired Duke statistician, agreed.
Nine of the 10 hottest years on record have occurred in the 21st century. The odds of that being random are 650 million to 1, the statisticians said.
Thirteen of the 15 the hottest years on record have occurred in the last 15 years. The odds of that being random are more than 41 trillion to 1, the statisticians said.
All 15 years from 2000 on have been among the top 20 warmest years on record. They said the odds of that are 1.5 quadrillion to 1. A quadrillion is a million billion.
And then there's the fact that the last 358 months in a row have been warmer than the 20th-century average, according to NOAA. The odds of that being random are so high—a number with more than 100 zeros behind it—that there is no name for that figure, Grego said.
Explore further: The heat is on; NOAA, NASA say 2014 warmest year on record
Source: phys.org, article by Seth Borenstein
​

3 Responses to Is There Any Chance Our Changing Climate Is A Natural Cycle?