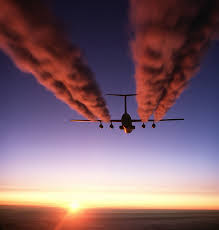 The letter posted below just hit my desk. I have not yet had time to do any objective investigation but appears to be credible. Certainly it is a matter of time before more such fires begin to burn. As people from all professions realize they are going down with the ship and climate engineering is fueling the fire, they will join our critical cause. All of us need to make this fight our priority, every day matters.

The History Channel‘s broadcast of “Weather Warfare” focused international interest in The State of the Nation’s demand that the International Criminal Court begin a criminal investigation into what I have dubbed “The ChemtrailGate Conspiracy.” The allegations are that ChemtrailGate conspirators are spraying sulfuric acid and aluminum compounds into the upper atmosphere in criminal violation of international treaties prohibiting such acts. Chemtrails differ from Contrails (Condensation Trails). Those involved in Chemtrail argue that there is commercial value in weather modification and that they have a right to pursue this as a business venture. Some Chemtrail partners are joined with and sharing costs with the U.S. Department of Defense. The government’s interest is exploring the use of weather modification in war. Another stated purpose of Chemtrail is to reduce global warming. David Keith, author of “A Case for Climate Engineering” appeared on the Colbert Report to explain how this geo-engineering theory will “help” reduce global warming. GeoEngineering Watch in support of the conspiracy charges posted an article on January 15, 2014, see: Chemtrails: Covert Crimes Against Humanity.

If the International Criminal Court moves on these charges, it would be a historic moment in the use of criminal laws to protect individuals from exposure to toxic chemicals by government contractors and corporations. United States prosecutors have declined to file charges against the (alleged) ChemtrailGate conspirators.

The legal theory behind the allegations would create, if framed as such, a new area of criminal law: Aggravated Battery by Toxic Chemical. Experts in criminal law believe such a legal theory is valid. It would require a court of international jurisdiction, such as the International Criminal Court, to prosecute the alleged conspirators and name individuals exposed to the chemical agents as victims.

Here is a backgrounder on the law of criminal battery that would form the basis of such a prosecution: A battery is defined as an unlawful touching. Aggravated Battery elements require proof of serious bodily harm. An aggravator is defined as a weapon or device used to inflict the harm. The element of specific intent, defined as the fully formed conscious intent to cause the battery on the purported victim, can be met by the criminal concept of criminal negligence. Examples of criminal negligence are manslaughter and reckless endangerment. In any prosecution for Aggravated Battery by Toxic Chemical, the aggravator would be the toxic chemical used against individual victims. There currently exist provisions in federal and state criminal laws for prosecutions of individuals using poison to inflict harm on their victim.

If the allegations are substantiated and the legal theories supported by the International Criminal Court, it would require a referral from the United Nations. A referral is required for the Court to begin the indictment process against the individual and corporate actors reportedly associated with the ChemtrailGate Conspiracy.