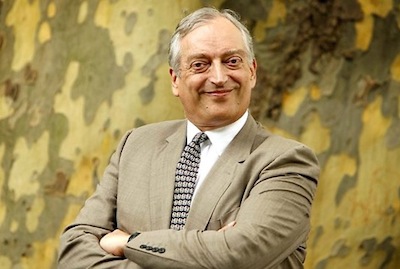 Lord Monckton is an ardent denier of the blatant climate engineering reality occurring in skies around the globe every day, so why would so many in the anti-climate engineering community post Monckton's rants? Because too many are not doing real research on the bigger picture but are rather marching forward with opinions based on bias, ideology, and preconception. Hard facts help our cause, the former personality traits mentioned do not. Because so many hate Al Gore (for good reason) they will post anyone that has an opposing view to Gore, but is this reasonable? If Gore said the world was round, should we take the position that it is flat? If activists in the anti-geoengineering fight expect others to actually investigate the spraying of our skies, are not we responsible for also having a solid basis for our opinions? Many activists also cite The Weather Channel founder, John Coleman, as a source of credible information even though Coleman has labeled the anti-geoengineering community "tin foil hat wearing nutcases". Again, I would ask, why would anyone in the anti-climate engineering community post the rants from such a person? Again, the answer is this, because Coleman disputes Gore and the reality of our changing climate. Monckton and Coleman are both former journalists, neither even claim to have spent significant time in solid and extensive research on the climate or geoengineering. The video below is exposes Lord Monckton in many ways. Monckton admits he is "not an expert on the atmosphere" but yet he claims to know that what we see in our skies are only "contrails". Why would anyone who claims to be against climate engineering post the baseless opinions of individuals like Monckton? Opinions and ideology must be exchanged for research and hard facts.
Dane Wigington
geoengineeringwatch.org