Maintaining The Engineered Cool-Down Of The US 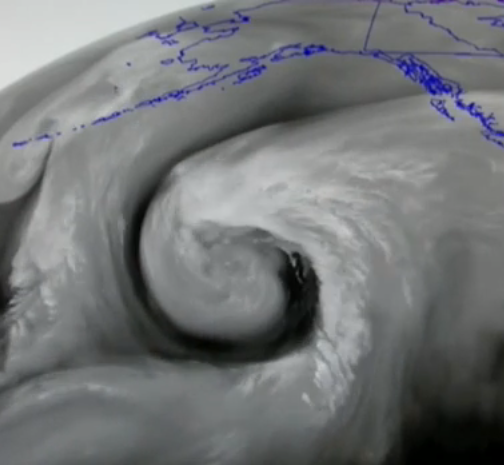 Share1.1K
Tweet
+1
Share
Pin
1.1K Shares
The degree of climate "forcing" being carried out by the global climate engineering cabal is absolutely astounding. Even with all the unbelievable anomalies that cannot be explained by conventional meteorology, the entire climate science community tries to anyway. They remain locked in denial and will not admit to the climate engineering insanity. There are unfortunately many in the anti-geoengineering community who are locked in denial as well. They also refuse to acknowledge the effects of the climate engineering which they say they are attempting to expose. Many of these "activists" claim there is virtually no effect on the climate system from human activity. Even if we ignored all the overall damage done to the planet by anthropogenic causes (cutting down forests, paving huge areas, poisoning the oceans, and putting 100,000,000 tones of Co2 into the atmosphere every single day), isn't climate engineering human activity? Is it rational to claim to fight against an issue and then patently deny its effects at the very same time? Denying the effects of climate engineering helps to hide climate engineering, why are some in the activist community saying exactly what the power structure would want them to say?
The HAM map below shows "departure from normal high temperatures", do the extremes on this map look "normal" to you? 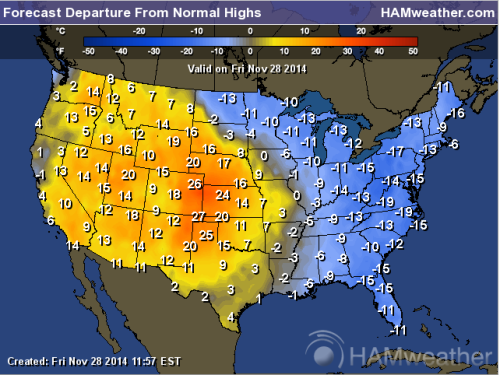 These are the extremes of climate engineering. The Rothschilds owned "Weather Channel" isn't talking about the record high temperatures all over the center of the country (or the rest of the world), they are only trumpeting the constantly engineered cool temperatures in the eastern US. Again, why are some "anti-geoengineering activists" following the Rothschilds narrative which helps to hide geoengineering and the truth in general? The massive fluctuations in temperatures will continue to worsen as the planet warms. The geoengineers will continue to try and hide this fact (making the overall warming worse in the process).
Dane Wigington
geoengineeringwatch.org

13 Responses to Maintaining The Engineered Cool-Down Of The US