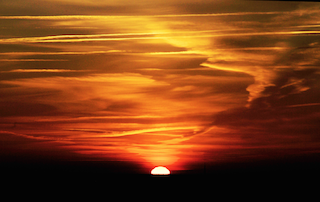 Take a good look at the latest NOAA "forecast" map below, the radical temperature anomalies it shows are meteorologically unprecedented. Each color band represents 2-3 degrees of temperature escalation or decline depending on the color shading. Blues are below normal, reds and oranges are above. In summary, the NOAA map shows three distinct extremely hot zones with one below normal zone of cooler than normal. How can there be such anomalies? Radical and highly destructive climate manipulation is how. 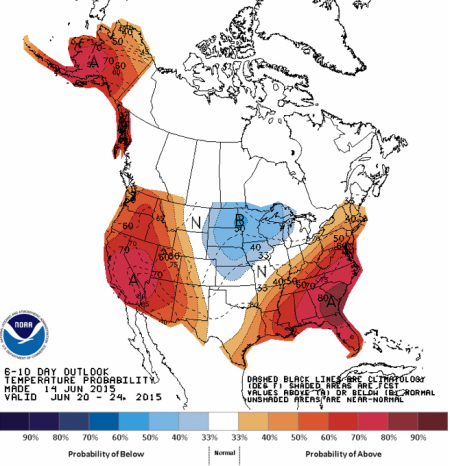 All NOAA modeling is done by defense contractor Raytheon (a part of the climate engineering cabal). This makes the weather "forecasts" nothing more than the "scheduled" weather.

The global power structure has tried to sell geoengineering as "mitigation" for global warming by manipulating constant cool-downs in the same areas over and over again as they did in Boston during the 2014-2015 winter, but what is the overall cost of such engineered events? What is the true extent of climate system damage attributable to the ongoing climate manipulation? Climate engineering is radically worsening an already horrific planetary warming. The warming accelerating, not slowing down, geoengineering is helping to fuel the fire. Intentionally creating hot zones in one area actually appears to be a part of the process the climate engineers use to engineer a cool-down elsewhere. The high pressure heat domes rotate the upper level winds clockwise in the northern hemisphere, this is connected to jet stream manipulation. When the atmosphere is saturated with electrically conductive ozone destroying metallic particulates, and then microwaved with radio frequencies from ionosphere heaters like HAARP, heat and high pressure can be created. 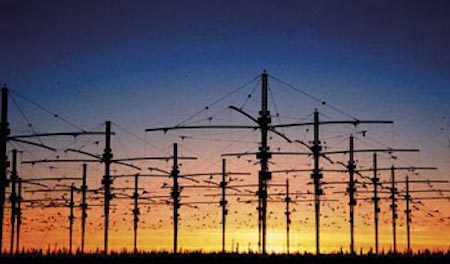 The rate of biosphere warming never slowed down, it is accelerating. Many point to the "climate gate" event as proof that there was no warming and data was being falsified, this conclusion was a manufactured lie. This is not to say that data isn't being falsified, it is, but in the opposite direction of what many would like to believe. The planet is already exponentially hotter than what is being "officially" disclosed. A colleague I know with the union of concerned scientists has monitored a 4.6 degree UNDERREPORTING of high temperatures in Northern California, other experts who are also monitoring temperatures have noted a similar underreporting in regions investigated. The planet is in full blown meltdown, climate engineering/weather warfare is making the overall situation far worse, not better, and the power structure is doing everything it can to hide this fact while they prepare for total environmental and societal collapse. Those that have any sincere regard for the truth will actually investigate what is happening on the front lines around the globe. Forests are burning to the ground at a record pace all over the globe. From the Pacific Northwest, to Spain, to Siberia, forests are incinerating as temperatures go off the charts. As of the writing of this article yet another out of control blaze is raging in Alaska.  Rapidly rising sea levels are causing increasing havoc around the globe, Arctic ice hit a record low this winter. 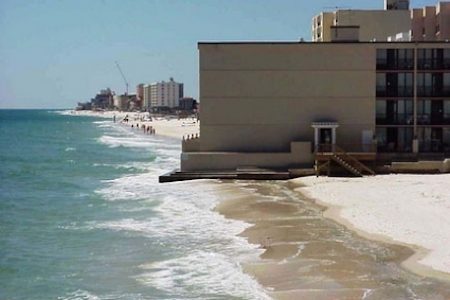 Sea levels are rising rapidly around the globe. It is important to remember sea level rise does NOT occur in a uniform fashion, it varies

How bad is it? The latest data is more alarming than ever before. In spite of "official" temperatures being falsified to the DOWN SIDE by the power structure in order to confuse populations and help to sell climate engineering behind the scenes to governments around the globe as a "cure", for the meltdown is accelerating rapidly. 2015 is on pace to shatter the all time record warm year just set in 2014. Ocean temperatures are increasing so rapidly that the temperature charts cannot keep up. Extremely alarming warm zones are now appearing which appear to be directly linked to massive marine die-off. 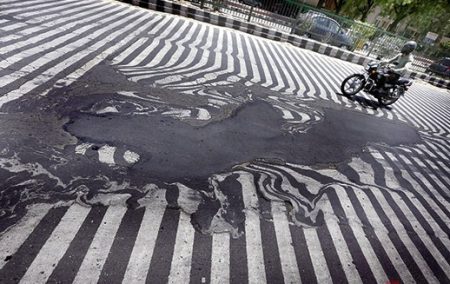 Roads are actually melting from deadly heat waves, this one in India has killed over 1400 people so far

If we are to have any chance of success in the battle to expose and halt the climate engineering insanity, we MUST have credibility. Credibility comes with standing on conclusions built with solid and verifiable facts. Climate engineering is making a very bad climate situation far worse, not better, and is contaminating the entire planet in the process. Stand on solid facts, make your voice heard in this fight for the common good.
DW