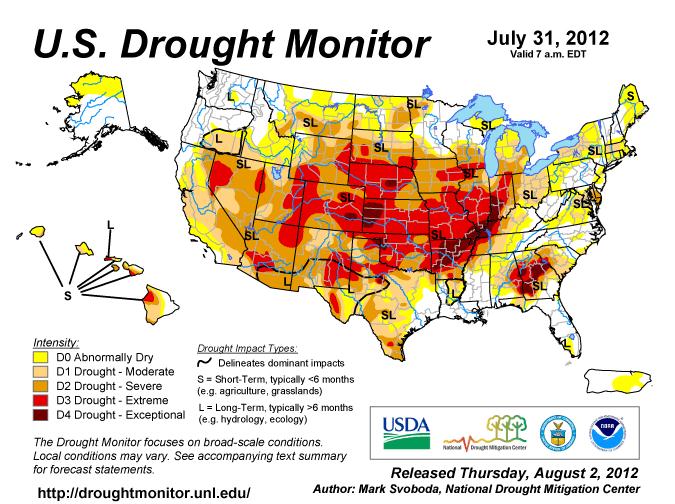 The current satellite photo below should be extremely alarming for any that examine it closely. The entire portion of the Pacific Ocean visible in this image is virtually covered with aerosol spray haze. Individual trails can be recognized with close examination. For any that will take the time to search the headings of “geoengineering reduces precipitation” or similar headings, you will find that there is virtually no argument in regard to the science. An atmosphere saturated with particulates diminishes and disperses rainfall. Period. Further, the sun blocking nature of these reflective metals radically reduces evaporation making the entire scenario that much worse. If the spraying continues, drought will continue. Though the induced drought is bad enough, the untold millions of tons of completely toxic particulates they are dumping drift through the atmosphere and settle down on the entire planet. Our silvery white skies are a very clear sign of this even when there is no obvious overhead spraying. How much metal is already lodged in our bodies from the constant on-slot? The ozone layer is being shredded each and every day they spray. UV levels are already sky high. The intensity of the sun is not hard to detect of late. (search ‘geoengineering destroys ozone layer”) There is also no debate as to what particulates in the upper atmosphere do to the ozone layer. They decimate it. Period.

As the image below clearly shows, the spraying of our planet goes on day in and day out at full speed. Just because some don’t see anything directly overhead, and think all is well, it is anything but. 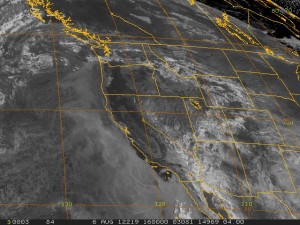 Current U.S. Drought Monitor
The data cutoff for Drought Monitor maps is Tuesday at 7 a.m. Eastern Standard Time. The maps, which are based on analysis of the data, are released each Thursday at 8:30 a.m. Eastern Time.
NOTE: To view regional drought conditions, click on map below. State maps can be accessed from regional maps. 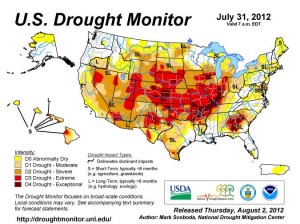