hedgeMorgan Carey – My Odyssey into the Geoengineering Looking Glass 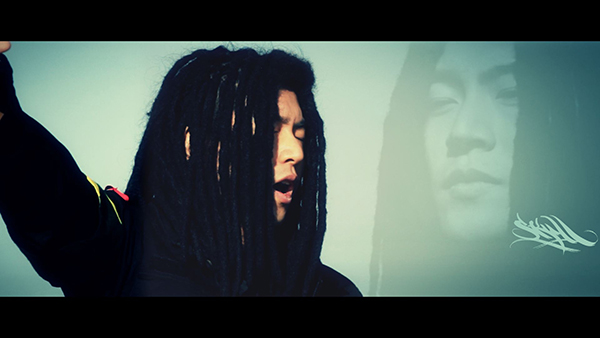 The brother of Mariah Carey; he was instrumental in her early recordings, signed the first act on Michael Jackson’s MJJ label, and achieved milestone Billboard Chart success with his recording artist Skull in 2007. Morgan lived in Europe for several years, is fluent in Italian, and was a much sought after fitness guru for decades who overcame Cerebral Palsy and Epilepsy as a child.

My Odyssey into the Geoengineering Looking Glass.

This story is a personal one and perhaps only important because it describes how I coped with the rage, frustration, and feelings of hopelessness which washed over me once my eyes were opened to the global travesty of Geoengineering.

Mine was a journey which began while traveling through Asia in 2003, a period marked by the spread of the so called Avian Flu. At HK airport on my way to Maccau I watched as masked security ushered passengers through infra red scanners to detect fever, a symptom of the flu. This image stayed with me upon my return and coupled with later reports of a variety of e coli and salmonella scares in the US I felt compelled to begin growing all my own food, an endeavor which ultimately lent impetus to my eventual embrace of a Permaculture based philosophy and the development of my company Victorious Green, which builds self watering, Mortise and tenon style raised garden beds made from sustainably harvested hardwoods sealed with bees wax and finished with hemp oil. Each bed is outfitted with drip irrigation, a timer, and water filter as well as a trellis made from seagrass all with the intention of empowering clients to control the environment in which they grow their food. 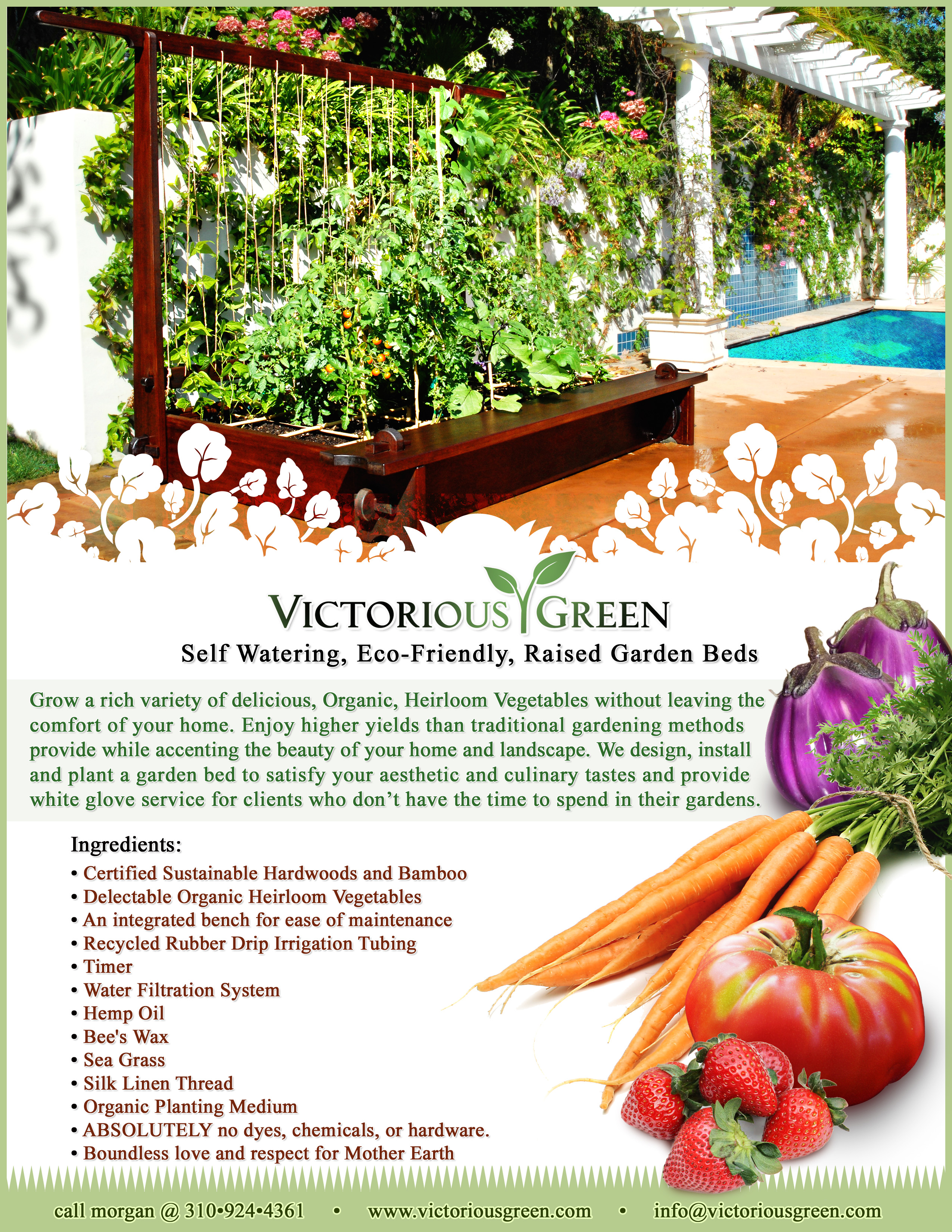 The original design of my beds evolved from a desire to grow food which would not be subjected to human or industrial contamination, systemic pesticides, preservatives, etc. 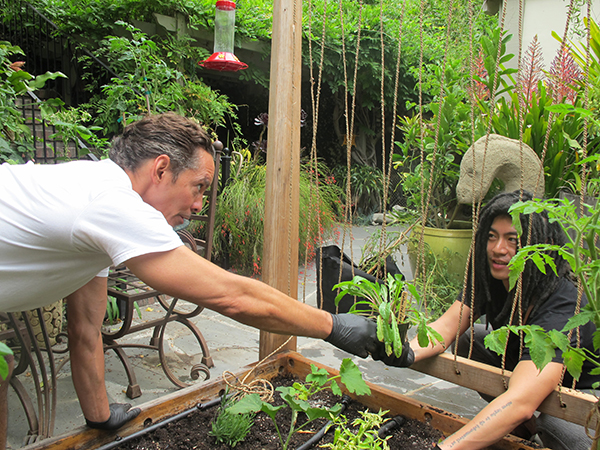 Early on in my journey into Organic farming I recall looking up from one of my raised beds and seeing a grid pattern being sprayed above me. At that point I wasn’t sure what was being sprayed or why but it disturbed me. Here I was, doing everything possible to ensure that my food was clean and clearly whatever was being sprayed overhead would eventually end up in my food.

Later that day I found myself venting to a Jamaican buddy of mine who had encouraged my forays into Organic Gardening. He began railing against,”Babylon” “Eugenics programs” and “Chemtrails”. All I knew was the moment I heard “Chemtrails” my Conspiracy Theory radar came up and I couldn’t hear anything else he said. That was not to be the last grid which appeared above my gardens in Encino California and in time my curiosity got the better of me, and I forced myself to watch a rather tedious movie called “Aerosol Wars” that opened my eyes to the need to do more investigation into what now quite clearly appeared to be a crime against mankind and mother nature of epic proportion.

My investigations led me to the founders of this website, Mauro and Dane, and shortly after prompted a road trip to San Diego to my first Geoengineering Conference where I met Deborah Whitman and numerous other chemtrail activists but missed my first introduction to Michael Murphy who would soon become a good friend and collaborator.

After listening to a speech by one of the primary champions of Geoengineering, David Keith; I was on the path to grasping the duplicitous, far reaching, and insidious nature of the crime being perpetrated upon humanity and Mother Earth. 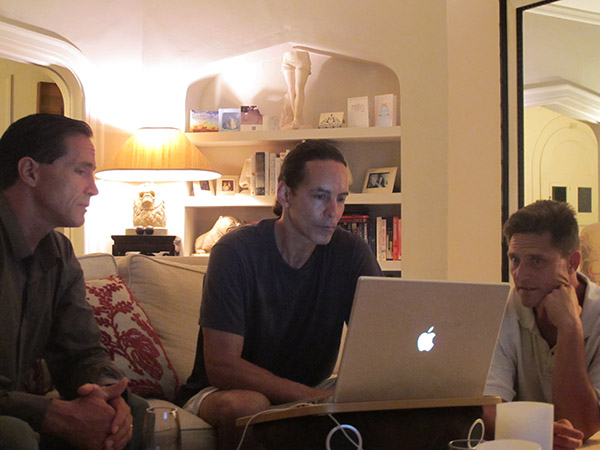 This conference marked the beginning of my plummet into the rabbit hole. As someone who had chosen to embrace Organic Gardening as a means of protecting his food supply I realized that in spite of using only Organic soil, seeds, filtered water, non petroleum based materials, etc I still was going to be poisoned by these Geoengineering programs like it or not.

No thank you, I do not want any Aluminum Oxide in my salad, Barium and Strontium in my pasta…also a firm and resounding NO. This for me was tantamount to rape and I was furious. I found myself constantly looking up, photographing trails, ranting, and raging because I felt powerless in the face of this brutal onslaught. My friends and family tolerated me but clearly were tired of my endless rants and I’m sure thought I was a little crazy. I was often short tempered with those closest to me all because of my outrage and feelings of helplessness and violation.

Dane guided me through the maze of information available and helped me keep my eye on the horizon while sharing his wealth of knowledge and insight with me. He also encouraged me to work with Michael Murphy who was then focusing on his first movie and while we were becoming fast friends, we mostly brainstormed and vented while I had yet to find my stride. In time, determined to find a way to penetrate Pop Culture with the direness of the threat we were facing, I decided that music was the way to accomplish this. I had been involved in the Music Industry for a number of years, and had actually achieved a milestone in 2007 when I introduced Korean Reggae Artist Skull to the US market, reaching #3 on the Billboard Charts with his debut single, Boom Di Boom Di” before losing him to the South Korean Army. Shortly after Skull’s release from the Army. The beginnings of a plan took shape in my mind. We would produce and release a song which spoke to the issue in a way that would communicate our message and this would be how I could vest myself in the solution rather than being merely an angry victim.

It’s remarkable how the Universe blesses good intention and hard work. Almost from the moment I articulated my plan, friends and activists began stepping up to lend a hand. Musicians, Engineers, Editors, directors, all contributed their time, talent, and hard work. Skull’s vocal was recorded in Seoul Korea, Mixmaster Mike of the Beastie Boys scratched at his home studio in LA, Drums and bass were recorded in Johannesburg and Los Angeles, Paul Pesco (Live From Daryl’s House) recorded on his mobile rig and the final mix was done in Boston by mix doctor extraordinaire, Mike Cip. Similarly video was shot for free on Canon 5D, 7D, and Red thanks to another group of highly respected directors, editor and camera people who also rose to the challenge purely in the interest of saving our planet and fighting the evil forces aligned against humanity.

This creative process renewed my faith in human nature. I was no longer cynical, enraged, and fatalistic. I knew that making this song and video was only the first step and that subsequent remixes, appearances, promotion, etc would all be necessary for us to penetrate pop culture and reach the masses with our message. There has been an outpouring of support from the activism community which has driven views of Skull’s video, “Cry Die” to 180k already and we anticipate upcoming celebrity driven collaborations to push it through the roof. In the meantime an ever increasing number of people watch, “Why In The World Are They Spraying” which includes the “Cry Die” video in the end credits. Upcoming remixes and eventual release to radio and other mainstream outlets are ahead of us and I am hopeful that tools like “Cry Die’ and WITWATS will succeed in changing the course that was chosen for us by the corporate puppet masters who have been driving us towards mass extinction.

What I have learned with the help of mentors like Dane and friends like Mike Murphy and all the heroes who stepped up to make “Cry Die” a reality is that there is hope but only if we learn to invest in action and community. These days one of my favorite expressions is,”Wolf Pack” that is the community comprised of people that choose to work together towards a common end, an end where human interest trumps profit, people care for each other and cooperation not competition is the order of the day. We don’t need to agree about everything but we can all agree that we don’t want our children being poisoned for any reason. Each of us has something to contribute to this fight and we can all do our part whether it’s holding a picket sign, writing an e mail, screening WIWATS at your home, sharing “CRY DIE” with your friends or downloading it on itunes.

You’ll be surprised how quickly the doubters in your life turn around when you stop ranting and start, “doing”. These days, even my Mom and her friends email me photos of Chemtrails and voice their outrage regularly to anyone who’ll listen.

If you’ve read this story then chances are you aren’t new to this struggle and know that every second counts. Don’t let yourself be paralyzed by rage or despair the way I was; instead choose action and set yourself free.