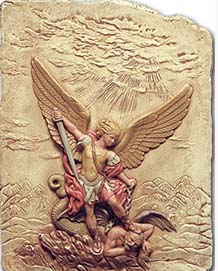 It’s been quite a strange couple of years for the inhabitants of planet earth. In just 3 years, we’ve had earthquakes that shifted our planet a few feet off of its’ axis and sped up its’ rotation, flooding and drought in intervals that has weakened economies around the world (from Australia, to the U.S., to even Europe), monstrous tornadoes and hurricanes never seen before, and more. In just the last few days, Israel and Egypt have been hit with plagues of locusts, booming noises and mass animal deaths are continuing, and NASA is saying to “pray” if another comet/asteroid big enough heads our way…so what does it all mean?

by Chris and Sheree Geo

In ancient times, people believed that inclement weather came directly from a divine source: Whether it be Gods, Goddesses, or just the “spirit of the planet”, we have always arranged sacrificial offerings and desperately tried to appease whichever deity has punished us for our wickedness. Although we have somewhat “grown out of” this concept of divine retribution for sin, we kind of have to admit that we have become sinful in our collective attempts to thwart nature and impose our will upon it.

In the article out of Science Daily, “Mitigating Climate Change? Guiding Responsible Research in Geoengineering”, scientists Edward Parson of UCLA and David Keith of Harvard University have essentially begged for more governmental oversight for geoengineering programs to make it “safer and more transparent”. Wait a second, I thought people were crazy, tinfoil hatters if they believed in chemtrails! What gives?

In their paper, the authors state that progress on research governance must advance four aims:

Parson and Keith argue that scientific self-regulation is not sufficient to manage risks and that scientists need to accept government authority over geoengineering research. They emphasize that initial steps should not require new laws or treaties but can come from informal consultation and coordination among governments.

And what, exactly, is this “low-risk” research?

The authors also propose defining two thresholds for governance of geoengineering research: a large-scale threshold to be subject to a moratorium and a separate, much smaller threshold below which research would be allowed.Keith, for example, is currently developing an outdoor experiment to test the risks and efficacy of stratospheric aerosol geoengineering, which would fall below the proposed allowable threshold.

No matter what religious writings say, manipulation of weather and the atmosphere is one of the most narcissistic things that man has ever done. We have used it to provoke droughts all over the world and disrupt other countries’ weather patterns to destroy their crops. Now, the chickens are coming home to roost: Drought, hurricanes, etc. have hit the U.S. harder than ever before, and some have (wisely) speculated that these natural events could be caused by our own government to further weaken our economy in preparation for collapse and civil war.

Honestly, I believe it’s a combination of that and the fact that our government has approved hydraulic fracturing across the country in their quest for “natural gas”, in the hopes of “relieving” our “dependence on foreign oil”. “Fracking”, as it’s called,

is responsible for the disastrous sinkhole situation in Louisiana, has made the ground up and down the New Madrid fault line weak and unstable, has caused contamination of water supplies across the country, and “seismic surveying” has recently angered people here in Colorado because the “mini-earthquakes” are destroying property in the area.

It seems like the U.S. Government is preparing for this inevitable economic collapse and is attempting to secure any means they might have of controlling and manipulating that downward spiral to their advantage. Using geoengineering, they will conjure up weather conditions that just make the living conditions worse for the people. Using economic control mechanisms, they will continue to scare consumers into submission using “banking false flags” like we just saw in Cyprus. And lastly, they will convince the brain-dead masses that all of these issues destroying the country are the fault of the people who refuse to participate in the system or defy its’ authority, which will most likely start the “hot” point of the coming Civil War.

4 Responses to Mother Nature Becoming More Irritated As Even Geoengineering Scientists Admit They Might Be Making Things Worse…But They’ll Keep Doing It, Anyway