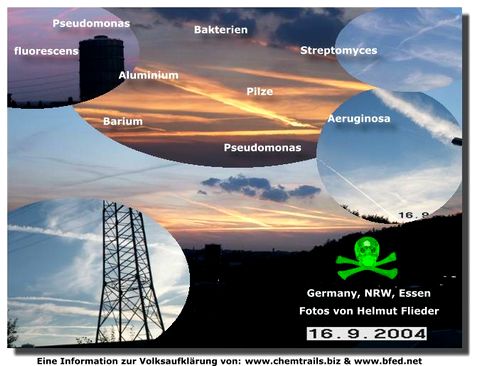 Just got this from the Peekster. Not only does this lady do a great job chasing down the info in this phone call, adeptly keeping the guy talking, but she gets more leads to boot. There’s also a clear admission of the use of lithium in the skies. The BS factor is the insistence it’s just to study the wind patterns. Really? Then why keep the whole frikking globe covered in this crap for 18 years plus? Give me a break.

It’s also interesting that chemtrails is exactly what they call them, while claiming it’s a term for conspiracy kooks. The original program from the start actually called them chemtrails if you research the early documents. Typical mind games.

What do you bet this guy she speaks with is seriously reprimanded, fired or disappeared. They guard that program jealously. – Zen