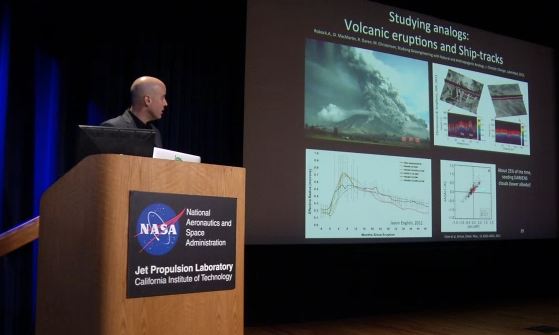 Yet again agencies of the power structure point out the elephant in the room, geoengineering, and then pretend its not really there.  In the attached video feed, discussion of geoengineering, solar radiation management (SRM), begins at about 32 minute mark. http://www.ustream.tv/recorded/29293171