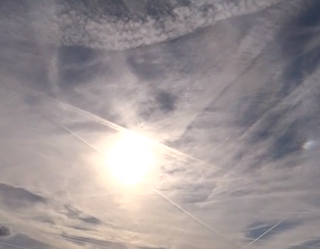 We are living at a point in human history when the willful blindness of global populations is truly beyond comprehension. The open blatant  tyranny of governments around the globe has been (for the most part) ignored by the masses. Many have convinced themselves that if they continue to ignore reality long enough, dire threats will somehow magically go away on their own. The folly of such thinking is manifesting by the day. A cancerous cabal of unimaginable scale is pushing the planet (and all life on it) past the point of no return, completely complacent populations are facilitating this omnicide. We must all utilize every credible informational tool at our disposal to help wake the sleeping masses to our common plight, the 4 minute video below is of help in this regard.
Dane Wigington
geoengineeringwatch.org