“Nearly Half Of The Great Barrier Reef To Die In The Next Month”, Abrupt Climate Shift Is Now 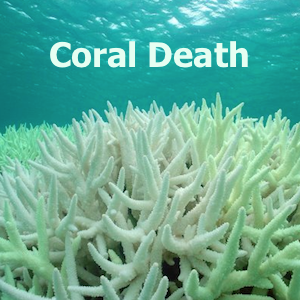 Australia's Great Barrier Reef is one of the "7 wonders of the world", nearly half of it is expected to die in the next month. Why? The 2 minute video below is a breaking news update from the front lines.

The oceans are superheating, along with the rest of the planet. If the oceans die, we die. Recent studies indicate that half of the barrier reef has already been lost in the previous 3 decades. Now, in the next 30 days, half of what is left will be lost. Some want to primarily blame Fukushima for the dying seas, but there is much more to the equation.  In the early 90s I participated in 2 private extended dive excursions on the Barrier reef, such a loss is unimaginable to me. Is anthropogenic (human) activity to blame for the explosion of environmental cataclysms on our planet? With absolute mathematical certainty the answer is YES. The human race and the military industrial complex has decimated the planet in countless ways, the ongoing climate engineering insanity is at the top of the list of destruction. The toxic heavy metal fall out from climate engineering is further fueling the global die off. The destruction of the ozone layer (most directly linked to the ongoing geoengineering assault) is also a massive contributing factor in regard to coral bleaching and the global die-off in general. 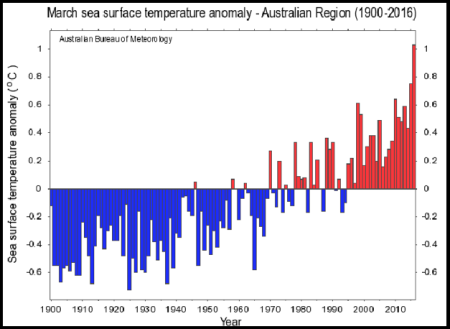 Earth and its life support systems are in virtual collapse, and even now the vast majority of populations are completely oblivious to what is unfolding around them at absolutely blinding speed. Even now there are countless groups, organizations, and individuals that are still clinging to carefully crafted power structure propaganda and lies of "global cooling", "global warming is a hoax", or "we can't tell if the planet is warming or cooling". How can there be such an incomprehensible disconnect? Because the majority are still tragically choosing to form their conclusions from ideology and not front line facts. Because the majority choose not do do any objective research from credible and verifiable sources on an ongoing basis. The chasm of willful confusion is vast and there is plenty of blame to go around. The environmental/climate science/global warming communities and groups are immersed in inexcusable denial in regard to the geoengineering/solar radiation management atrocities in our skies. How can there be any legitimate discussion of the climate without even mentioning the single largest climate disrupting and damaging factor of all, geoengineering/weather warfare, and SRM programs? Answer? There can't be. On the other side of the fence there are many who recognize the reality of climate engineering, but unfortunately are in total denial in regard to the unfolding planetary meltdown (that is being made exponentially worse overall by climate intervention programs). The weather makers can create large scale short term chemical cool-downs at the cost of a worsened overall warming. Arctic ice is yet again at record breaking low levels as the ongoing atmospheric spraying continues. Antarctica is also in trouble. The 2 minute video below makes inarguably clear that geoengineering/solar radiation management programs are reality.

Industrialized/militarized civilization is destroying the planet and any chance of a future for any of us. Global geoengineering programs are the absolute epitome of this destruction. If we are to have any chance whatsoever of altering the current course of certain near term total extinction on our planet we must start marching in the same direction. If we are to have any chance of turning the current tide in time to salvage any part of Earth's life support systems, the fight for life must be our top priority. Exposing and halting the climate engineering insanity is the greatest single leap forward we could collectively make. Reaching a critical mass of awareness with the public on the climate engineering issue is the only way forward. There is no silver bullet solution, no magic petition, no political remedy. Exposing and halting the tidal wave of insanity is up to us, each of us, all of us. Those who claim to truly love their children have an absolute obligation to help in the battle to sound the alarm each and every day. Those who claim to care about the fate of the world need to take action now, not later, the sand in the hourglass is nearly gone. Who will  join us in this imperative fight for the greater good? Who will help us to credibly and effective expose global geoengineering? The single greatest assault ever launched against the web of life by the human race. Make your voice heard while you can.
DW

131 Responses to “Nearly Half Of The Great Barrier Reef To Die In The Next Month”, Abrupt Climate Shift Is Now

Leave a Reply to a simple horseman Cancel reply