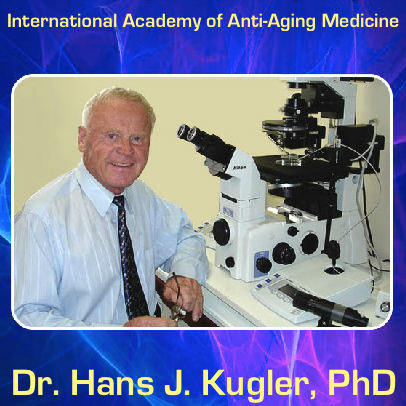 Share1.6K
Tweet
+1
Share
Pin3
1.6K Shares
“Dr. Hans Kugler, PhD, is one of our most highly recognized researchers in the field of anti-aging medicine; his scientific presentations – supported by impeccable documentation – are eye-openers for professionals and lay-persons alike. As professor of chemistry at Roosevelt University in Chicago, where he also did extensive longevity research, Dr. Kugler not only puts things into perspective, but also provides a complete picture of the anti-aging and regenerative medical sciences that can be applied with successful results.”  -Quote  by Dr. Ronald Klatz, M.D., D.O. President, American Academy of Anti-Aging Medicine (A4M)

We – IAAM (International Academy of Anti-Aging Medicine) – recently called attention to the fact that top Global Warming scientists had issued a doomsday warning, pointing at unusually high Methane levels, caused by the – much faster than expected – melting of Arctic ice which, in turn, warmed permafrost areas and ocean to the point that Methane from now warming permafrost areas, and from deep sea Clathrates – is now being released into the atmosphere at a rate of 50 million tons/year, and threatens global self-destruction if the strongest, immediate, countermeasures are not taken. http://www.expertclick.com/NRWire/Releasedetails.aspx?id=58466 and http://www.worldhealth.net/forum/thread/100041/bogus-anti-climate-change-flair-ups-an/?page=1#post-100041
Methane is 105 times stronger than CO2 in causing Global Warming.

Satellites measure what energy comes in and what goes out. Incoming sun energy is equivalent to 400,000 Hiroshima atomic bombs per day. 90% of that, previously reflected by Arctic ice, now warms permafrost areas and oceans, causing ever increasing amounts of Methane to be released. http://arcticclimateemergency.com/#/emergency/4558130739

Total Methane, previously safely tugged away in deep cold oceans and permafrost areas, is thousands of Gigatons, and only 1% released into the atmosphere, would be sufficient to change the equilibrium towards an earth-destructing fatality. At that point nothing could be done about it; Goodbye Earth!

So, what needs to be done?

THE SCIENCE IS CLEAR; IT SPEAKS FOR ITSELF

Because the extreme CO2 amounts created by burning fossil fuels – more than twice the amounts plants and oceans can handle, 36 billion pounds of CO2 per day in the US alone – CO2 is the # 1 trigger/cause of Global Warming, ocean acidification, death of sea life, shifting ecosystem balance, and much more. Therefore the logical thing must be to aim at reducing CO2 by 80%, not by 2050, but by 2020, possibly earlier. ENERGY CALCULATIONS – TAKING INTO ACCOUNT ALL POSSIBLE WAYS OF CO2 PRODUCTION AND REDUCTION – MAKE IT – 100% – CLEAR THAT GREATLY REDUCING COAL, OIL, AND GAS, AND QUICKLY CHANGING TO NON-CARBON SOURCES OF ENERGY – ESPECIALLY SOLAR AND HYDROGEN TECHNOLOGY – IS THE ONLY WAY TO ACHIEVE THIS. SHORT-CUTS AND GIMMICKS TO EXTEND USAGE OF CARBON-BASED FUELS DON’T WORK, WILL ONLY WORSEN THE PROBLEM, AND ONLY GETS US CLOSER TO A NO-RETURN CATASTROPHE QUICKER. DON’T LET THE COAL, OIL, AND FRACKING INDUSTRY, WITH THEIR PLANTED BOGUS ARGUMENTS, PULL THE WOOL OVER YOUR EYES. For some more details see “NUTS! to the Global Warming Denialists” at http://www.DrHansKugler.com
WE CERTAINLY HAVE THE CAPACITY TO DO SO!!!!!: as per RMI – the Rocky Mountain Institute – practicing conservation, as done in Europe, could reduce energy needs by 30%, and hydrogen technology, as per Harvard prof. Dan Nocera, could run the entire US with enough solar electricity and water, while moving the US back into a top position in the world. https://www.youtube.com/watch?v=KTtmU2lD97o

This scientifically documented need to GREATLY reduce/eliminate fossil fuel usage, is fought by the carbon industry – coal, oil, fracking – by manipulating our government into OK-eing VooDoo “science” that is not only ineffective, but also douses its people – with total disrespect for their health – with toxic, disease-inducing, chemicals. Thus, the US overall approach towards preventing Global-Warming-induced suicide has become one of extreme stupidity and ignorance. The facts are 100% clear: THIS IS AN EXTREME EMERGENCY! Yet, what are the supposedly responsible branches of our government doing? Besides scientifically flunked Geoengineering VooDoo – under the influence of intentionally planted BOGUS Anti-Global Warming arguments(?) – http://drexel.edu/now/news-media/releases/archive/2013/December/Climate-Change – and pushed by the carbon industry – NOTHING! This even goes as far as utility companies pushing legislation that makes it more difficult for people to install solar (news item August 8, 2014). Could they possibly use their brains and, for example, acknowledge the fact that in always cloudy Germany solar now supplies 50% of electricity demands???
And thats where – AS WE, AND SCIENTISTS UNAFFECTED BY MONEYED INTERESTS, SEE IT – common-sense science is drowned out by politics, and pseudo-scientific lunacy, attempting shortcuts – Geoengineering – that (according to an interview in the CHRONICLE with Edward Snowden) have been going on for years now, has caused climate disasters (decimated the S-Dakota cattle industry by inducing a sub-zero temperature ice storm that killed thousands of cattle), is counterproductive to established anti-climate-change measures already taken (if you have solar panels on your house, it reduces electricity production by about 20%; does anybody reimburse you for this loss? It also increases deadly UV radiation, burns the bark off trees, and destroys ozone). Most serious, by spraying toxic chemicals into the atmosphere to reduce sun energy absorption, it induces diseases galore in humans and plants, and kills trees: https://www.geoengineeringwatch.org/our-forests-are-dying-are-we-next .

THE PSEUDO-SCIENCE, also referred to as “Chemtrails”, “Geoengineering” – practiced, as per a Chronicle interview with Edward Snowden for years now, and with Government blessings, by Frankenstein-type VOODOO practitioners – motivated not by science facts, but by moneyed interests. Those know-nothing know-it-alls also deny basic physics (that bottom-line energy has to be accounted for, it violates laws of thermodynamics, and that – as screwed up by geoengineering weather modification mechanics, if you cool one part of the world, another will warm, and increase in temperature).
https://www.geoengineeringwatch.org/geoengineering-biosphere-destruction-and-the-last-chance-for-life-on-earth
BUT, MOST IMPORTANT, is that those ignoramuses, without government or medical supervision, dare to play God with our health by spraying tons of nano-particles of reflecting metals (Aluminum, Barium, Strontium) into high layers of the atmosphere to prevent sun energy from reaching earth and, obviously oblivious to the facts that these metals are major causes of diseases like Alzheimers, Autism, severe inflammation, risking cancer, heart- and lung disease, ALL OF WHICH HAVE GREATLY INCREASED OVER THE PAST YEARS.
Do a Pub-Med (NIH database) search for “toxic effects of aluminum, or Barium, or Strontium, on human or plant health”, and you get – wow – 60,522 responses/citations.
Geoengineers have stated the goal of 20,000,000 tons of aluminum a year for global dispersement; that will sure make us all coming down with Alzheimers quyickly, and increase big pharma profits. They don’t acknowledge – sometimes still deny – the spraying with Aluminum. So, how come independent lab analysis of rain/soil proved it (see cover story in SOCO magazine, August 2014), and Monsanto – out of the Goodness of their rotten (?) hearts – developed aluminum-resistent crops????
And – ohhhhh – I almost overlooked – because nothing in the geoengineering approach aims at reducing CO2, coal, oil, and Fracking (Fracking, the biggest farce ever pulled over on the American public; bottom-line, including the injection of tons of toxic chemicals, “fracking fluids,” into the wells, fracking is worse than coal), these industries will keep selling their earth-destructing poisons without restrictions. GET THE PICTURE? WHO HAS THE MONEY, BABY!
With total neglect for WE THE PEOPLE, our health is sacrificed for oil/coal industry profits!!!! Don’t we have great health protection here in the US? So screwed up that it is referred to by conspiracy theorists as “population control”.
Get a better picture by following http://www.geoengineeringwatch.com

And if you finally recognized that your participation in this WAR OF GOOD AGAINST EVIL could help to shift the balance, get strong and fit first: Dr. Kugler’s “LIFE-LONG HEALTH: learn how to control your genes to stay young with age”, originally $ 18.95, is now available as health education project e-book for the non-profit price of $ 1.99. http://www.barnesandnoble.com/s/life-long-health-learn-how-to-?store=book&keyword=life-long+health%3A+learn+how+to+ and check out http://www.DrHansKugler.com 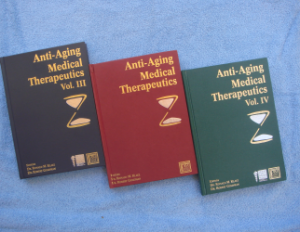 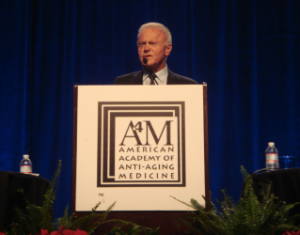 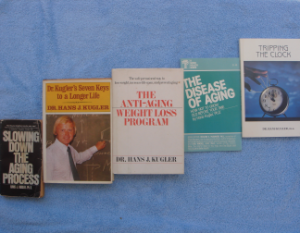 4 Responses to Renowned Physician Sounds The Alarm On Climate Engineering