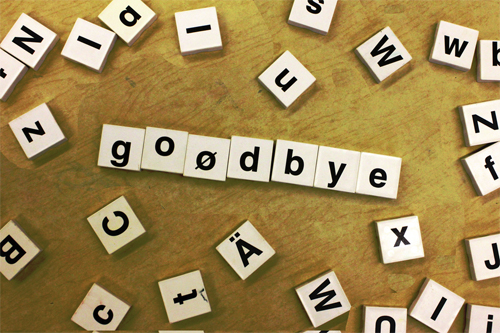 The tremors rattling markets are not exactly what they seem to be. A meme prevails that these movements represent a kind of financial peristalsis — regular wavelike workings of eternal progress toward an epic more of everything, especially profits! You can forget the supposedly “normal” cycles of the techno-industrial arrangement, which means, in particular, the business cycle of the standard economics textbooks. Those cycle are dying.

What’s happening now is a permanent contraction. Well, of course, nothing lasts forever, and the contraction is one phase of a greater transition. The cornucopians and techno-narcissists would like to think that we are transitioning into an even more lavish era of techno-wonderama — life in a padded recliner tapping on a tablet for everything! I don’t think so. Rather, we’re going medieval, and we’re doing it the hard way because there’s just not enough to go around and the swollen populations of the world are going to be fighting over what’s left.

Actually, we’ll be lucky if we can go medieval, because there’s no guarantee that the contraction has to stop there, especially if we behave really badly about it — and based on the way we’re acting now, it’s hard to be optimistic about our behavior improving. Going medieval would imply living within the solar energy income of the planet, and by that I don’t mean photo-voltaic panels, but rather what the planet might provide in the way of plant and animal “income” for a substantially smaller population of humans. That plus a long-term resource salvage operation.

All the grand movements of stock indexes and central banks are just a diverting sort of stagecraft within the larger pageant of this contraction. The governors of the Federal Reserve play the role of viziers in this comic melodrama. That is, they are exalted figures robed in magical Brooks Brothers summer poplin pretending to have supernatural power to control events. You can tell from their recent assembly out west — “A-holes at the J-hole” — that they are very much in doubt that their “powers” will continue to be taken seriously. This endless hand-wringing over a measily quarter-point interest rate hike is like some quarrel among alchemists as to whether a quarter-degree rise in temperature might render a lump of clay into a gold nugget.

What they do doesn’t matter anymore. What matters is that a great deal of the notional “wealth” they conjured up over the past decade or so is about to vanish —poof! Perhaps that will look like a black magic act. That wealth seemed so real! The bulging portfolios with their exquisite allocations! The clever options! The cunning shorts. Especially the canny bets in dark derivative pools! All up in a vapor. The sad truth being it was never there in the first place. It was just an hallucination induced by the manipulation of markets and the criminal misrepresentation of statistics, especially the employment numbers.

There are rumors that the Grand Vizeress of all, Ms. Yellen, is flirting with possible indictment over the “leakage” of valuable information out of her inner circle to potential profiteers. Whoops. It may lead nowhere but to me it is an index of her more general loss of credibility. All year she has spouted supernaturally fallacious nonsense about how “the data” guides Fed decision-making. Only her data is contrary to what is actually happening in the pathetic Rube Goldberg contraption that the so-called US economy has become (Walmart + entitlements). Her “guidance” amounts to a lot of futile drum-beating on a turret of the Fed castle, hoping to make it rain prosperity. Her enigmatic utterances have kept financial markets in a narrow sideways channel most of the year until recently.

I’d say she’d lost her mojo, and the lesser viziers on the Fed board are looking more and more like the larval, sunken-chested dweebs that they really are. So where is the nation to turn? Why, to the great blustering Trump, with his “can-do” bombast about “making America great again.” What does he mean, exactly? Like, making America the way it was in 1958?” Behold: the return of the great steel rolling mills along the banks of the Monongahela (and so on)! Fuggeddabowdit. Ain’t gonna happen.

I have to say it again: prepare to get smaller and more local. Things on the grand level are not going to work out. Get your shit together locally, and do it in place that has some prospect for keeping on: a small town somewhere food can be grown and especially places near the inland waterways where some kind of commercial exchange might continue in the absence of the trucking industry. Sound outlandish? Okay then. Keep buying Tesla stock and party on, dudes. Hail the viziers in their star-and-planet bedizened Brooks Brother raiment. Put your head between your legs and kiss your ass goodbye.

4 Responses to Say Goodbye To Normal