Scientist Speaks On The Record About HAARP Caused Floods 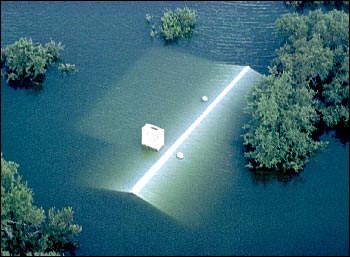 The ongoing weather warfare is wreaking havoc on planet Earth. Climate engineering is combining with other forms of anthropogenic damage to the planet, this combination will become rapidly more destructive. The unravelling of the biosphere’s life support systems is bringing more drastic consequences by the day. As Earth descends into meltdown, the dominant military powers continue to wage weather warfare which is further worsening an already badly damaged climate system. Crops are declining, ecosystems are being torn apart and populations are being decimated. Finally it seems some scientists are showing the courage to speak out.

Scientist: Massive Floods in Serbia and Bosnia caused by HAARP

“Today the HAARP system was turned off, expect eartquakes in the next several days”, stated Serbian professor and scientist Velimir Abramovic during a radio broadcast on May 19th.

Abramovic said while the rain lasted in Serbia, there was not a single thunder, which according to him is highly unusual. The rain that fell, he says, didn’t appear like normal rain, rather it fell as if someone was unleashing an entire swimming pool each second. This, according to professor Abramovic are characteristics of an artificially created weather pattern designed by the HAARP systems.

“It seems as if the sky opened, and sea of water fell from it. These were not rain droplets that you would typically expect to see.  This was a designed weather pattern which I might add is not the first, nor will it be the last by HAARP.” says Abramovic.

Interesting to note, during the same interview for Radio “Snaga Naroda” Abramovic predicted that once the HAARP system is turned off, there would be earthquakes. Two days after his prediction, Albania was rattled by a strong 5.2 earthquake which sent the local population in panic. Many homes were damaged, while Abramovic predicted more quakes to come.