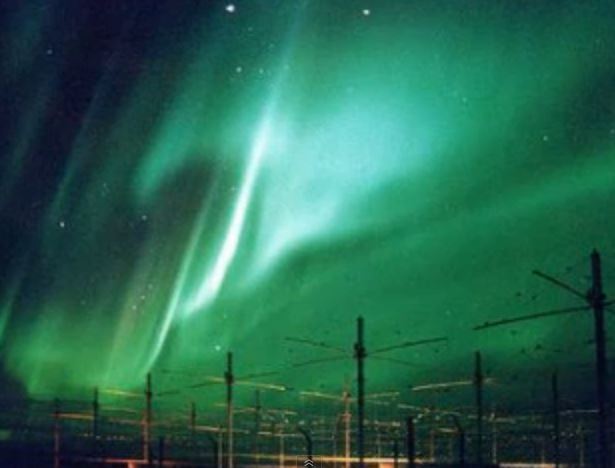 Television weatherman Scott Stevens shared his view that Project HAARP or similar technology has been used to manipulate the weather by altering atmospheric waves, and that this has been going on for decades. He came to this conclusion after studying visible satellite imagery showing large weather systems with anomalous “punched out” sections and square clouds. The punched out energy from these systems are moved to other parts of the sky, he explained.

The technology, Stevens suggested, was probably based on the ideas of Tesla, but utimately it has been adapted to create floods, heat waves, and other weather disturbances for military or profit purposes.Though he has not seen the actual equipment or blueprints he believes that Russia, Japan, America, Brazil, Israel and possibly India and China all have this weather manipulation technology.

Such technology, Stevens said, could also be deployed for positive uses, such as a counter measure to prevent hurricanes. He also commented that the chemtrail phenomenon is real and that the planes involved are making the trails in order to mark off energy signature areas. Stevens shared a video clip (Windows Media) of an “energy vortex” which he says is “proof positive that an invisible energy system can bend clouds in 90-degree angles, and on far larger spatial scales, be used to generate tornadoes and hurricanes although those processes are far more complex.”

A caller to the program, Doug from San Francisco, said he was a former librarian for the Defense Department and claimed that HAARP used ELF to decimate crops in North Korea. 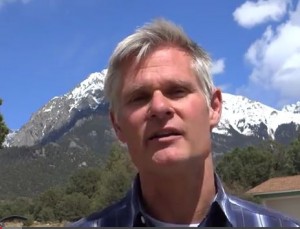 Scott Stevens is an award winning television weatherman who, a decade ago, began investigating the claims of Lt. Col Tom Bearden that North America was being subjected to full time weather modification. During the course of that personal investigation he was the first to discover the primary reason for the now global chemtrail phenomena.

Scott now co-hosts a weekly radio program, Amerika Now 8 pm-Midnight Saturdays, with the Genesis Communications Network and is a principle with Blue Water Alchemy working to bring about a shift of the human consciousness in concert with events surrounding 2012

Wikipedia
HAARP is the subject of numerous conspiracy theories. Various individuals have speculated hidden motives and capabilities to the project, and have blamed it for triggering catastrophes such as floods, droughts, hurricanes, thunderstorms, earthquakes in Pakistan, Haiti and the Philippines, major power outages, the downing of TWA Flight 800, Gulf War syndrome, and chronic fatigue syndrome.

Allegations include the following: A Russian military journal wrote that ionospheric testing would “trigger a cascade of electrons that could flip earth’s magnetic poles”. The European Parliament and the Alaska state legislature held hearings about HAARP, the former citing “environmental concerns”. Author of the self-published Angels Don’t Play This HAARP, Nick Begich has told lecture audiences that HAARP could trigger earthquakes and turn the upper atmosphere into a giant lens so that “the sky would literally appear to burn”. Former Governor of Minnesota and noted conspiracy theorist Jesse Ventura questioned whether the government is using the site to manipulate the weather or to bombard people with mind-controlling radio waves. An Air Force spokeswoman said Ventura made an official request to visit the research station but was rejected-“he and his crew showed up at HAARP anyway and were denied access”. Physicist Bernard Eastlund claimed that HAARP includes technology based on his own patents that has the capability to modify weather and neutralize satellites.

Stanford University professor Umran Inan told Popular Science that weather-control conspiracy theories were “completely uninformed,” explaining that “there’s absolutely nothing we can do to disturb the Earth’s [weather] systems. Even though the power HAARP radiates is very large, it’s minuscule compared with the power of a lightning flash—and there are 50 to 100 lightning flashes every second. HAARP’s intensity is very small.”

Computer scientist David Naiditch characterizes HAARP as “a magnet for conspiracy theorists”, saying that HAARP attracts their attention because “its purpose seems deeply mysterious to the scientifically uninformed”. Journalist Sharon Weinberger called HAARP “the Moby Dick of conspiracy theories” and said the popularity of conspiracy theories often overshadows the benefits HAARP may provide to the scientific community. Austin Baird writing in the Alaska Dispatch said, “What makes HAARP susceptible to conspiracy criticism is simple. The facility doesn’t open its doors in the same way as other federally-funded research facilities around the country, and it doesn’t go to great efforts to explain the importance of its research to the public.”