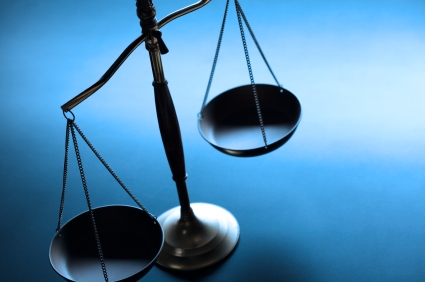 Unfortunately I have had to waste a day that would have been devoted to the fight against geoengineering in order to address the totally fabricated baseless assault being waged against me and thus the cause of exposing and stopping climate engineering. The recently posted false accusations on a web page and now a 15 minute youtube video made necessary my response. Such skirmishes are not at all helpful to the cause of exposing and halting climate engineering and I generally always avoid them, but there are times when there is no alternative left but to respond and set the record straight. I stand by everything I have ever stated. The recent and completely unjustified attacks that have been launched against me by Michael Murphy and Kim Moore with the assistance of WW101 are premised on a total fabrications of events. I will make the following attempt to put reality into the equation. Then, hopefully, I and others can refocus on our work that desperately needs to be done in the fight against climate engineering.

I met Michael at the AAAS conference in San Diego, February 2010. I was completely committed to the battle against climate engineering for over six years before Michael Murphy even entered the fight to my knowledge. After the conference I did my best to help Michael pen his first articles. I tried to help him move forward with his film project by purchasing his original hard drives for the movie start up, I did this with my own funds. In the following two years I gave Michael airline tickets to Belgium that were offered to me, I paid for auditorium rentals in Northern California for Michael, organized events, paid for Michael's rental cars on occasion, and donated funds to him when I could by purchasing his DVDs and then giving them away. Michael's addiction to street drugs came to my attention in March of 2012 when he was incoherent for two days. During this time Michael's now former wife called me numerous times (pleading for help) and Michael's other close friends to inform us that the addiction was severe and ongoing. When Michael sobered up I made it clear to him that he had to seek intervention or I could no longer be associated with him. The rest of Michael's immediate circle took the same position. Unfortunately, Michael chose the drugs. In the months that passed, Michael's former closest friends had no choice but to move on, there was no reaching him. Michael began to tell radio announcers and others that I was an agent for Bechtel Power and the government, etc. For the record, I have had no contact with Bechtel for over 30 years, and certainly none with the government ever. Though Michael Murphy and others have accused me of owning Bechtel stock, this is also a complete lie. I have NEVER owned a single share of Bechtel stock or ANY OTHER stock from any company. I will let my actions and efforts in the anti-geoengineering battle speak for itself. Michael was soliciting funds from people without disclosing his addiction. On several occasions when asked I had no choice but to tell the truth as kindly and carefully as I could. Was this not my obligation? Would it be moral for me to lie to a person that asks me such a question? Michael claims over and over that his private life is nobody's business, but is this really true when he is soliciting donations from the public while hiding an extremely serious drug addiction? I hope Mr. Murphy has gotten off the drugs, but the use of these substances has apparently altered his perception of reality as many of the details regarding the chain of events Michael describes are nothing short of completely false. Again, I have done absolutely everything I could to keep from this type disclosure, I have been left with no choice. I still choose not to make public the pages of emails from Michael's family, close friends, and former wife that would prove beyond any doubt that all I am saying is true (including a restraining order against Michael filed by his former wife due to Michael's addiction), I simply want to go on with my work. Again, I stand by each and everything I have ever said on this matter. Those that don't believe Michael Murphy has had a very long history of drug addiction should publicly ask him about this themselves, then see if Michael can convince you otherwise.

It is unfortunate that Michael Murphy succumbed to the pressure from Ms. Moore to make false accusations and statements that will ultimately be seen for what they are. I don't believe Michael would have done this if not for the influence of Kim. Like Michael, Kim has made many statements of events that are totally fictitious. Statements that are not just twisted from her point of view, but simply and patently false. Ms. Moore makes all sorts of accusations that insinuate I have done horrible things to her, also an absolute lie. This is what I have done to Ms. Moore. First, at a meeting with several other women organizers, Kim went into an aggressive verbal assault against a very soft spoken and peaceful woman from the Tea Party (the Tea Party was just one of the groups represented in this meeting). I could not just sit silent so I made it clear to Kim she was out of line. The fact that I stood up to Kim's attack against the woman seemed to infuriate Ms. Moore. The following day, at the Shasta County Presentation in Redding California, Kim again showed her lack of self control. After an extremely successful meeting (which Kim did play a part in organizing), Kim could not keep quiet but kept yelling at the officials in the meeting until the Board of Supervisors had to call a recess. This was an unfortunate big blemish on an otherwise flawless event. As the auditorium emptied out, I went to the front of the room and said the following, "Kim, you are not helping our cause, you should shut up". This is the extent of what I have done to Kim Moore. Any that want to verify this should watch the full length video of the Shasta County presentation, the voice of disruption that can be heard from the front row of the event just before the recess was called is Kim's. Standing up to Kim's unhelpful and unreasonable behavior in the Shasta County meeting is apparently what has triggered Ms. Moore's rage. I have just been sent copies of email posts put up by Ms. Moore herself that confirm her struggle with pharmaceutical drugs and psychological issues. I could repost this information, but feel it would not be ethical even though it discloses a clear factor in this equation and was found on a public post. As already stated, Kim's accounts of events vary from completely spun to completely false. Again, I stand by every statement I have made on the subject at hand and every action I have taken in the fight against climate engineering. I believe Kim reveals herself and her intentions very clearly in the attack messages directed at me that are contained on her Facebook posts in the link below.

Those that want to view Kim's disruptive and uncontrolled behavior at the Shasta County Supervisors presentation (regarding geoengineering)  can view the link below at the points indicated. After her second uncontrolled outburst, the meeting was recessed at the expense of all in attendance.

Shasta County Board Of Supervisors Meeting

I have indeed made clear my disagreements with WW101 and I stand by everything I have stated in this regard. WW101 has put out some good and I believe accurate information about NEXRAD radar, but other videos put out by WW101 are completely unhelpful and untrue. Some of the WW101 videos blame all the weather disruptions on the sun without so much as mentioning the climate engineering issue. Other videos state that all the moisture for storms is coming from power plant cooling towers. This conclusion is so far from reality that it does not even deserve a response. Now it seems that WW101 is branching out to personal attack videos in the effort to try and extract revenge from those who don't agree with his "its all just the sun" or his "cooling tower" theories.

Anything else I have ever said on the record about any other news site or source of information is solely for the purpose of correcting data and statements that are not supportable by available facts and thus not helpful to the cause of exposing and stopping climate engineering. When people mix their theories about multicolored aliens and the coming ice age into the climate engineering issue, it does not give credibility to our cause, rather such inappropriate and incorrect information moves the cause backwards. I again stand by my position on refuting these subjects when others try to blend them with the fight against climate engineering.

Though many will likely speculate that all this turmoil is somehow the work of government operatives trying to create division, in my opinion there is no truth to this in this particular case. There is so much strain on people as the walls close in on us all that some are simply snapping. The end of our former paradigm, which this period certainly qualifies as being, requires a steadfast holding to truth and facts. We need to be in this together, and not allow ill behavior or egos to divide us from making progress. We all suffer the results of geoengineering's ill delivery, and fighting this means we don't have time for any nonsense.

All my focus will now return to my ongoing work, I will end with the link below.
Dane Wigington
geoengineeringwatch.org