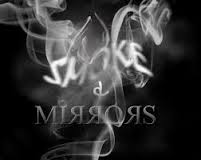 Events such as global warming and epidemic cancers, Alzheimer’s disease, autism, obesity, diabetes, asthma, COPD, strokes and heart disease have had credibility problems from their mass-media inception. Anyone over the age of 60 who remembers standard health during the early and mid-twentieth century knows that human health has made a wild U-turn beginning around 1970, and what we know is that ill-health, which did not rule former days, is today all but guaranteed. Today, good health is rare and may, in fact, be impossible without extraordinary, very exclusive and scientific secrets.

The first indicator that something is wrong with the global ill-health scenario is that elites do not suffer from rabble diseases. They rarely die of cancer, Alzheimer’s disease, diabetes, asthma, etc. In fact, many elites die of actual old age and often in their 80’s and 90’s. Average Janes and Joes, however, are attaining earlier cancers, mental “disorders”, particularly children and young adults, and middle aged and young seniors are being eaten alive by Alzheimer’s disease, major organ failures, blood clots, and diabetes. Such “sickness” rarely occurs in elite families.

Equally problematic has been the steadfast blaming by mass-media for all the above on rabble behavior coupled with an executive ordered mental health industrial complex that, today, targets every human behavior outside of its control matrix as diagnosable and under the authority of computer generated drug therapies. In plain English, if you believe what you choose to believe, you may be crazy should your beliefs go against the orders of social engineers. This is best witnessed in today’s public schools where designated percentages of children are targeted for and directed into the mental health pipeline. Most of these children are 1) poor, and 2) often the children of single or impoverished families.

Today disease is chronic in average people who, prior to this century, were far healthier and on equal footing with elites in terms of general health. Today this is absolutely not the case. The world’s rabble, so to speak, is weakening. Overall health is rapidly declining, much like the decline of insects, birds, fish, amphibians, and other and larger mammals. Humans are rapidly following suit; that is, humans who are not Rothschilds, Rockefellers, Gates, Carnegies, Windsors, other royal families, and families of other corporate billionaires. Somehow they have managed to escape global poisoning and subsequent early declining health.

As it so “happens”, geoengineering or aerial spraying began in the 1970s and was a constant campaign by the 1990s through the present. Natural “catastrophe” was also determined as a planned catalyst for “change” in the 1970s by global councils, and at the same time that global governance, economics and trade were also set into high speed. Nature crisis was taught in schools, by tell-a-visions, via mass-media, public schools, and by thousands of newly created non-profit environmental corporations and land trusts. Therefore, as nature began being purposefully damaged and destroyed, we the rabble were trained to take the blame and to “change” our thinking. Again, public schools were the first social systems to be bombarded with blame-based social engineering while aerial spraying continued unabated for the next 45 years. So effective was this media and educational campaign that corporates invented a carbon tax scheme, whereby avoiding pollution taxes by enforcing rabble tax payments, globally, so that corporate pollution also continued unabated and at no financial cost including taxes. The rabble, however, is guilt-manipulated into eliminating air conditioning, automobiles, central heating, meat eating, etc., while corporations like MacDonald’s Burger King, Taco Bell, Wendy’s, and all other “chain” restaurants built and continued to unethically operate all global factory farming operations specifically for their “chain” industries. We are blamed and accused. We are taxed for the damage. They make billions in profits, quarterly and tax free; a near-perfect socially engineered corporate governance system.

As advanced robotics are replacing human workers in large and small industries alike, robots without wage or healthcare needs and without human failings such as sickness, no-shows, car problems, and sick kids; robots are less expensive employees than people. Robotics is one of the fastest growing industries in the world. I recently read that within 10 years, most fast-food “chains” would be operated primarily by robots, and that virtually all large factories would be operated using machine-based employees. Hence, the need for humans will be vastly diminished by corporations. Hence, the need for billions of humans is…unnecessary. After all, what is the bulk of humanity if not human “resources” and minimum or no-wage slaves? Perhaps privatized prisons and their judicial partner/stakeholders should clarify?

Today, approximately 50% of senior citizens in U.S. nursing homes have Alzheimer’s disease, so what is the profitability point of treating them with medical care? Today, one-quarter of children in public schools have been diagnosed as “mentally ill.” Today, approximately 30% of American adults have also been diagnosed with “mental disorders”, mostly women, and the largest group of unemployed people in the U.S. is employment-aged men. Add to all the above all new-fangled and chronic sicknesses, our declining ages of death and our joblessness, which translates to government dependency in a reportedly bankrupt nation. Simple solution? Eradication of the masses. Hence, Stratospheric Aerial Geoengineering; spray and eliminate the unneeded human infestation.

Truth hurts, doesn’t it? It won’t hurt any less should you refuse to believe the genocidal trails above your heads or the allowance of nuclear contamination to accumulate over 60 years, because you will die badly as a result whether you believe or not. The data basing of your rabble status guarantees that you will not avoid intended elimination.

When depraved people are permitted global wealth and power, and when morality is made illegal in cultures and in laws, democide and genocide occur; the depraved and constant history of humankind. This time, however, the lunatics desire the entire planet, believing they can control and/or destroy it as well. This tells us one of three things: 1) They can knowingly reverse the damages they have done, 2) they have the technological and/or pharmaceutical capability to protect themselves from radiation, heavy metals, Morgellon’s, and genetically modified food, and/or 3) they are insane/evil and do not care one way or the other as long as their plans and wills play out. One cannot easily overlook that all of creation is targeted, all of it; air/atmosphere, the electrical nature of life, magnetism and gravity, water, rain and evaporation, flora and fauna (food and oxygen), humanity itself, the earth’s core and tectonic plates, and even the substances deep within the earth and under oceans and lakes; they want control of it all, and they are rapidly seeking new territories and resources in space along with the implanting of new and deadly space weapons systems. To me, this is insanity; to them it is science and human-enforced evolution. To the victims of both, we have two choices: 1) Be victims, or 2) stop them.

Between all the smoke and mirrors, lies and cover ups, and what appears to be very clear-cut and diagnosable insanity in the ruling elite, our choices appear to be limited to two.
http://www.alz.org/national/documents/release_082807_dcrecommends.pdf

7 Responses to Smoke and Mirrors, Cover-ups and Unbalanced Authority