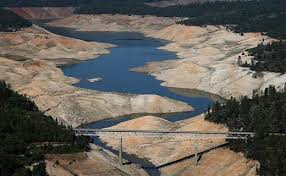 The satellite photo below was taken the morning of 12-2-14. Though there is extensive cloud cover clearly visible over the entire state of California (as shown in this photo), at the time the picture was taken in the early morning hours almost no rain had yet fallen in much of the far central north of California, why? 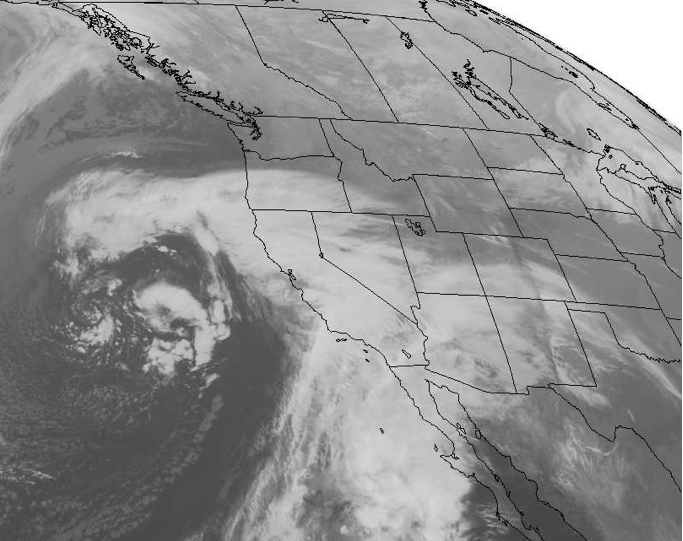 This storm, like so many others before it, is being saturated with aerosols and blown out into the largest area of tainted cloud cover the geoengineers can manage. That is the goal of SRM (solar radiation management) to cover as much area as possible with sun blocking light scattering materials which mix with the moisture and turn our skies into a largely featureless canopy that drops very little precipitation compared to what should have and would have fallen without the aerosol spraying. At the time the image above was taken, very little to no rain had fallen in Redding, California, even though clearly a large part of the “storm” has already passed right over this region of Northern California. Only yesterday morning the “forecast” from the Weather Channel was for areas around Redding to get up to 6 inches of rain. Late yesterday that was lowered to 3 inches. As of this morning (12-2-14) estimates are down to 1.5 inches. There is no strong southerly winds as was always the case historically when any significant storm came in, this is no longer occurring. The paid actors at Weather Channel and the rest of the mainstream media disinformation machine tries to paint a picture of ample rain falling, but this is so often not the case. The catastrophic drought in California is a direct result of climate engineering and is “predicted” to continue. Numerous science studies state clearly climate engineering will reduce rainfall and that’s exactly what is occurring. 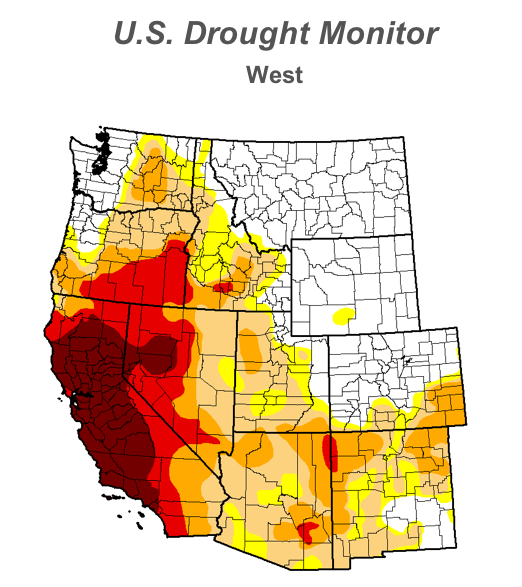 So few people even stop to consider how completely different our “weather” is now in Northern California. They are too busy with iPhones , reality shows, and other distractions. In the meantime the life giving weather that once supported the thriving eco-systems of Northern California is being completely disrupted and contaminated with the toxic metal and chemical elements used for the climate modification insanity. My home is completely “off grid” with solar, wind, and hydro power. In years past I always had power generation from one source or another, no longer. So often now there is no rain, no wind, and no sun, this is the scourge of the geoengineers. When rain does fall, it is toxic. From dozens of rain tests taken at the state certified lab in Northern California over the last 10 years, not a single one has been without significant levels of the same highly toxic heavy metals named in numerous climate engineering patents (aluminum, barium, manganese, etc). The forests that have not yet burned to the ground from the engineered drought in the US West are dying from the toxic rain that does fall. The completely shredded ozone layer (a known result of climate engineering) is also fueling the eco-system collapse as the UVB radiation levels are now so astoundingly high. It is literally burning the bark off of the exposed sides of many trees in addition to damaging foliage and limbs. Our planet and all life that it supports is under nothing less than an all out assault. Countless individuals who’s job it is to inform the public of the effects and dangers posed by climate engineering are being paid or pressured to lie about the real and present danger of the weather modification programs. It’s up to all of us to help with the critical effort to expose the climate engineering insanity and then to hold legally accountable all those associated with it in any form. Even those who are knowingly helping to hide the ongoing geoengineering (like meteorologists and media) should also be considered accomplices to these lethal and illegal programs. If we all work together, we can expose the insanity. If we can accomplish this, the dominos that support the climate engineering will begin to fall.
DW
geoengineeringwatch.org