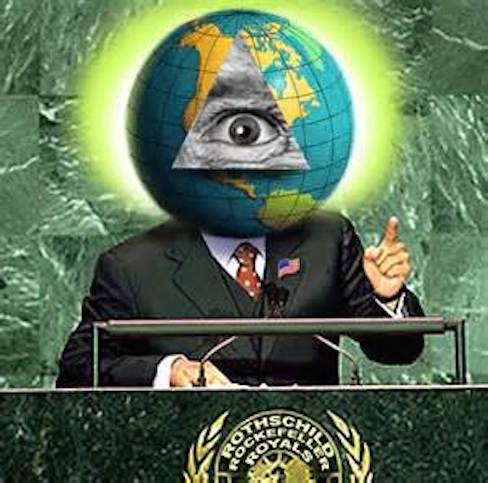 This plan has been in the works for a long time, but for some reason they’re kicking it up several serious notches of late, flooding the US borders while continuing to inject European countries with any immigrants they can from a variety of cultures.

What and who is behind it?

As usual, they give themselves away in their own documents and bloated speeches to their own inner circle. In particular, United Nations globalist fat cat Peter Sutherland, non-executive Chairman of Goldman Sachs and former BP CEO, never mind top Bilderberger and Trilateral Commission honcho, has come right out and stated their plan as plainly and arrogantly as possible.

It’s not clear that the comment made by last week by Peter Sutherland, the UN’s special representative for migration, really counts as a “gaffe,” since Sutherland seems to have no sense that what he said might have been disturbing.

Sutherland was speaking to the British House of Lords, according to a BBC report published last Thursday, and said that the European Union should “do its best to undermine” the “homogeneity” of its member states, because “the future prosperity of many EU states depended on them becoming multicultural.”

He also, according to the Beeb, suggested “the UK government’s immigration policy had no basis in international law.” (Kind of a novel interpretation of the authority of international law over a state’s control of its borders, but that wasn’t the worst of it.)

The report goes on:

Mr Sutherland, who is non-executive chairman of Goldman Sachs International and a former chairman of oil giant BP, heads the Global Forum on Migration and Development, which brings together representatives of 160 nations to share policy ideas.

He told the House of Lords committee migration was a “crucial dynamic for economic growth” in some EU nations “however difficult it may be to explain this to the citizens of those states”.

Yes, I bet it is hard to explain to those citizens, especially when the UN rep looks like he’s in cahoots with the EU to multiculturalize Europe. Sutherland’s answer, of course, is that this is purely an economic problem (and where have we heard that before?)

An aging or declining native population in countries like Germany or southern EU states was the “key argument and, I hesitate to use the word because people have attacked it, for the development of multicultural states”, he added.

“It’s impossible to consider that the degree of homogeneity which is implied by the other argument can survive because states have to become more open states, in terms of the people who inhabit them. Just as the United Kingdom has demonstrated.”

[Sutherland] told the committee: “The United States, or Australia and New Zealand, are migrant societies and therefore they accommodate more readily those from other backgrounds than we do ourselves, who still nurse a sense of our homogeneity and difference from others.”

“And that’s precisely what the European Union, in my view, should be doing its best to undermine.”

That’s pretty straightforward, to say the least. Where does he get his hubris? They’re already doing it whether local officials want it or not.

The implementation of United Nations Agenda 21 has been eroding society’s fabric behind the scenes like termites eating out a building’s infrastructure, while bankster backed globalists like these mastermind the various tentacles manipulating humanity via their multinational banking, political and corporate stooges.

The Planned Immigration Crisis in the United States

Again, the plan has been in effect for quite some time, breaking down American borders and homogenizing their weakened populace in a deliberately devastated economy being more militarized by the day in preparation for a societal breakdown, the very one they’ve engineered.

In addition, it is bringing massive division in America as they once again employ the age old totalitarian maxim to “divide and conquer.”

Here’s how they’ve led up to now in the US:

Behind the endless throngs of desperate Central American children arriving on the U.S. border and a steady wave of illegal immigrants from Mexico and beyond is a covert plan for global economic warfare — those building up the world of globalization are tearing down the sovereignty and financial strength of the United States and Europe to make way for the coming corporate new world order.

A generation of sending American jobs offshore under NAFTA, GATT and the WTO, dumping cheap corn on Mexico thereby destroying millions of farming jobs and unleashing disruptive retailers like Wal-Mart upon the fragile economies of Latin America have created turmoil, uncertainty and rivers of human migration… and along with it bitter tension and discord over the dynamics of immigration, illegal immigration and the struggle for a lasting standard of living under the New World Order.

The globalist plan to wreck our national sovereignty has been unfolding for awhile now…things are just speeding up in recent months.

Is All This Brazen Enough Yet?

That’s the question to ask those refusing to wake up as we point out these obvious truths. The awakening lights fires under people and that’s a good thing, to get them off the fence and out of the perilous bewilderment state they’re in. There’s no place more dangerous than not only being on the defensive, but in a condition of fear and confusion.

That makes sitting ducks out of unaware humanity. But the tide is turning.

These entities are now pushing their program with abject impunity while humanity tries to wrestle with these issues on a corrupt, futile, and inept political level. It won’t be until they fully grasp the big picture of what is being perpetrated that they’ll have a true awareness of the scope of humanity’s planned takeover and the importance of not feeding the beast with their energy and cooperation any longer.

Knowledge and understanding eradicate fear, which is why their media minions make it so hard to connect the dots. But the veil is coming down at a terrific rate now and I expect we’re going to see some serious wrenches thrown into their machinery. And it comes through awake and aware individuals.

To empower others with the truth is our most important duty, especially at this perilous time in history.

Keep on no matter what.

One Response to The Globalist Multicultural Migration Agenda