The Psychological and Social Ramifications of Geoengineering 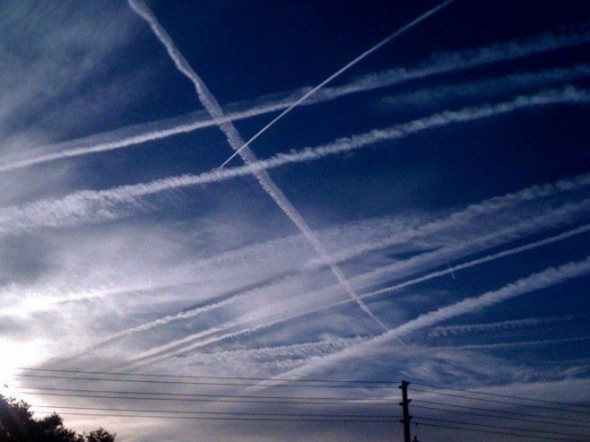 There has been much documentation of the devastating environmental effects that geoengineering is having on the planet and on the physiological health of all living organisms. However, what has largely gone unnoticed is the psychological distress these weather modification programs (an agenda of geoengineering) are having on the population, and how these current clandestine programs are ultimately breaching the trust between the public and government. Some of the most influential philosophers in the world have professed that trust between the people and its governing institution is essential in order to have a healthy and sustainable society. History itself has shown that when the bond of trust between the people and its leaders is severed, the government collapses. More significantly, in the very recent past one can find examples of how our own U.S. government has taken this trust and betrayed us in the most disrespectful and reckless of ways. What is at stake with geoengineering, then, is not only the survival of our physical environment, but the survival of modern culture and the role of our government as we know it. These stealth programs violate the very real principle that bonds people to their government, and thus, in the absence of this trust, the legitimacy of the government is called into question.

As far back as the 4th century, philosophers have asserted that the relationship of citizen to government is one grounded in trust and that this element is essential for the survival of such a symbiotic relationship. Anonymous Iamblichi, a 4th century scholar, wrote that “the first result in lawfulness is trust, which greatly benefits all people and is of the greatest goods”.  Similarly John Locke (1690), regarded as one of the most influential of the Enlightened thinkers, proclaimed that inherent in a healthy society there exists a trust between the people and their government, stating that: power is given up into the hands of “…governors whom the society hath set over itself, with this express or tacit trust that it shall be employed for their good and the preservation of their property”. These philosophers concluded that without this tacit trust, the preservation of the lives, liberties, and possessions of the people is not possible, and the legitimacy of government dissolves.

Historically, governments have fallen only after the years of distrust, abuse, neglect, brutality and betrayal have culminated. From Russia’s last emperor, to the French Monarch Louis the XVI, and even the American colonies — when the people no longer had confidence of those in charge — the collapse was eminent. A long historical record is undisputed and littered with examples of failed governments. Almost without exception, these revolutions inevitably happen when the psychological need of trust is no longer met.

A more chilling example of how the U.S. Government (via the military) has breached the trust and placed the American public’s safety and health in jeopardy, was the biological warfare tests conducted on the American public between 1949 and 1969. These tests were done in secret, without the public’s knowledge and with virtually full immunity by those performing these acts. During this period the Army sprayed everything from pathogens to zinc-cadmium-sulfide over the cities of San Francisco, Panama City FL, Key West FL, and across the States of Minnesota and New York, including Washington, D.C. Army researchers even secretly released pathogens in the New York City subway system, Washington’s National Airport and its Greyhound bus terminal. A decade later, before the 1977 Senate’s subcommittee on Health and Scientific Research, the Army testified that a total of 239 open-air tests of biological agents were conducted between 1949 and 1969 on the unassuming public. It is important to note that in 80 of those experiments, the Army said it used live bacteria that its researchers at the time claimed were “harmless”. Sound familiar?

So it is clear that the military is willing to spray the population with dangerous substances, even cancer causing agents, without the population’s knowledge and consent. To deny this, is to deny the factual evidence, history and the mountain of evidence now compounding by the day. The ugly truth is that the U.S. government has been operating these clandestine weather modification programs for decades. A simple internet search will show the actual blueprint for the current global military weather modification program, called “Weather as a Force Multiplier: Owning the Weather in 2025”. The document was produced in the Department of Defense and was a study designed to comply with a directive from the chief of staff of the Air Force; “to examine the concepts, capabilities, and technologies the United States will require, to remain the dominant air and space force in the future”. The publication is unclassified and was reviewed by authorities and cleared for public release.

Such programs are being deployed by the U.S. government in conjunction with other nations and corporate military contractors, and until recently they have been doing it covertly on an unsuspecting population.  A virtual geoengineering footprint can now be seen across the globe. Lab tests from the United States to Europe are finding contaminates in their water and soil that exactly match the geoengineering patents. Today’s skies are most often covered in persistent aerosol trails from horizon to horizon, often whiting out the blue altogether. Solar dimming, a recent phenomenon, has increased substantially, as has UV radiation. Additionally, a massive decrease in aquatic insect life populations has been measured over the last decade in areas of the U.S., while it appears the ozone is being shredded to pieces by the metal particulates being dispersed into the atmosphere.

Fortunately, no matter how much propaganda cover up is filtered through the media, the cat is now out of the bag – weather modification is real, and people are aware of what is being done. With the help of Independent Filmmaker Michael J. Murphy, his film “Why In The World Are They Spraying?” is now reaching millions. The film provides one of the most in-depth analyses of geo-engineering to date, outlining many of the motives behind these insidious programs. From drought to flooding, to steering storms to super storms, it is becoming abundantly clear that what we have been experiencing recently is a manipulation of our weather. Other nations are also taking notice of this technology, and undoubtedly will begin to participate in the insanity, if they have not already begun.

Geoengineering places all of us in an experiment, without our consent, against our will and without our knowledge for very questionable objectives by those who are supposed to be protecting us. In the end, we all lose from these programs. Whether it’s Solar Radiation Management to cool the earths warming trend, or fight anthropogenic global warming, or geoengineer the weather to further our nation’s military superiority, the real costs of geoengineering and the long term effects of this technology may turn out to be humanities greatest mistake. It is now apparent that geoengineering is not only devastating the planet and all living organisms, but is a direct assault on our personal health, our food, our water and air, and the basic necessities we need for survival.  Geoengineering is a violation of the most basic of human rights, and thus, such programs should be stopped as they are undermining the legitimacy of our government.

Unfortunately, geoengineers and the military are grossly underestimating the social ramifications of the ongoing deployment of these weather modification programs. Such programs are undermining the very fabric of our society, specifically our trust in government, and thus, causing a fracture within the United States population. These programs even threaten our nation’s stability, leaving the public with nothing else but a sense of moral outrage, and leaving us all to question the very legitimacy of our national government today. The cohesion between people and their government has always been tense, and unless we stand up soon and demand an immediate stop to these programs, we may be on the verge of a very real revolution.

One Response to The Psychological and Social Ramifications of Geoengineering