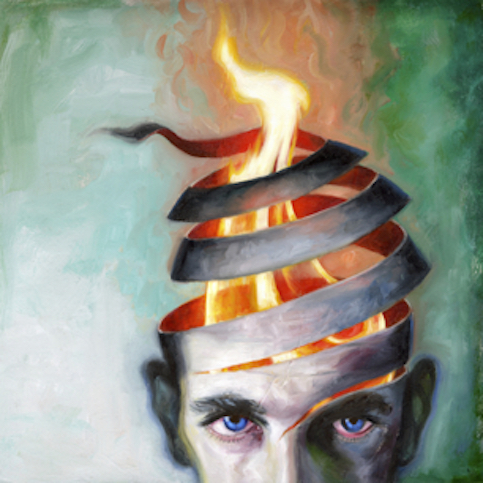 It’s hard not to see what’s going on. The imposed system is coming apart at the seams. I know the matrix is some metaphysical energetic thing of some sort, which doesn’t intimidate me in the least, but I’m talking about what’s front and center to our very lives.

It’s all disassembling, as plain as day. Politicians and disgusting oligarchs are being massively exposed for who they truly are despite mainstream media spin and cover ups; the economic paradigm is clearly being manipulated even though most folks are keeping it alive still playing on the rebound in their reactionary fear-based mindset, and the escape to safer places of all kinds continues to escalate on a wider and wider scale.

That only touches on the surface. Underneath the mainstream and even alternative narrative is a rumbling. The confusion and scrambling for a solid perspective is palpable. There’s a lot of finger pointing going on as to who or what is causing this confusion which is only adding to the condition.

It’s time to stand back and take a deep breath. And then stay there. This is all a passing fantasy, as real as it may seem. The organic spontaneous awakening, as furious and confused as it may appear to be, is in full swing. This is not to minimize the realities that affect our lives, but to mitigate our attachment to this distinctly contrived imposed insanity and get some conscious perspective.

This might seem an esoteric sounding principle but it’s our lifeline. We have to view these conditions from a position of awake, aware strength. Not a made up one, but a real one. What we’re viewing and experiencing at this time is a monumental shift in humanity – it’s perception, designed and otherwise behavioral attributes notwithstanding, as well as our engineered understanding of the course ahead of us.

Think transhumanism for the perfect example. They’ve carefully designed their intended pathway on many fronts.

A perceived state of hyped up confusion only leads to easy manipulation. As we know, this is where social engineers always steer humanity.  They call it “chaos theory” for one. It’s a scientifically proven formula well documented throughout their control manuals and has proven true though decades if not centuries of installation into the projected world paradigm. That they have forecasted these devices is testament to their bravado and arrogant confidence that they are in control without question over the “plebians” they like to think they dominate.

Rise above it. Your inner heart and self tell you exactly what I’m trying to say. Shrug off the programming and live to your fullest, awakened potential.

How To Shake the Programming

It’s really not that complicated. Operate from the heart, not the head. They of course work together but this isn’t a time to entertain “reasoning” with a psychopathic force. It only delays solutions as they execute their plans.

Time is of the essence. And I mean that.

The workings of this desperate despotic force we’re all faced with is no joke or something to simply be philosophized about. We’re talking about survival in a clamp down psycho-spiritual warfare.

Do whatever it takes to spare yourself and your loved ones the influences of this parasitic invasion. It appears to be reaching its peak power at this time and we need to be very smart. Awake, aware, ready for action, and on our toes continually.

I wish I had more comforting news but this is the state of the “onion”. We’ve worked hard to expose and destroy the lies that have been foisted on us but now they’re coming at all of us with guns blazing, and we need to be wise and responsibly responsive.

As I’ve always said – disengage, disconnect and be in a safe place, optimally with similar like minded folks and community. This is a nasty time and it’s about to get worse, sorry to say.

But keep firing! The truth is killing them one dart of truth at a time. Never, ever minimize that.

Inform others, act accordingly, and live the life you know you should.

3 Responses to The Unraveling