The Untold History of The US. The Bush and Obama Age of Terror: Oliver Stone 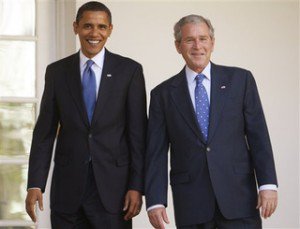 Top Documentary Films – The Untold History of The US. The Bush and Obama Age of Terror by Oliver Stone

In it, Oliver Stone and his collaborators focus on the wars in both Iraq and Afghanistan during the Bush administration.

The Film presents how many American lives were lost as well as the torture incidents that American soldiers were involved in.

As for the conspiracies involved, it also presents the personal motive of Bush was more of a personal vendetta against Saddam Hussein rather than catching the terrorists who were guilty of the September 11 attacks in New York.

Added to that, it also tries to portray how the Bush administration attempted to manipulate the terror warnings to the Americans to fulfill their political motives.

5 Responses to The Untold History of The US. The Bush and Obama Age of Terror: Oliver Stone