They are Blocking the Sun, Period 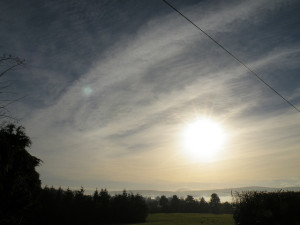 There is a lot of clear evidence, documented science, as well as factually backed so-called theories and seeming speculation regarding the chemtrail program. It is horrifically monstrous and Orwellian at the least. No scientific explanation can possibly justify such an earth and life destroying program.

The simplest way of seeing this surreal, anti-life phenomenon is that they’re simply blocking sunlight from reaching the earth.

Nothing Is As Essential to Planetary Life As the Sun

The global warming mitigation excuse for geoengineering we’ve been surreptitiously slipped by the Powers That Be couldn’t be more lame. Sure, bought off corporate and government spawned scientists are playing along with the idea, giving the little boys a sense of empowerment as they act out others’ sick Machiavellian psychopathic disorders for personal gain and profit.

But there cannot be any justifiable substance to anything so blatantly anti-life.

It’s like turning off all the lights in a building so everyone can see more clearly during an emergency. It’s absurd beyond belief.

It reminds me of today’s fascist medicinal allopathic treatments for cancer. “No nourishing nutrients people, it will cause the cancer to grow faster.” An innate backwards take on the very integrity of creation and its self-healing power.

Similarly, without the sun and its healing and empowering effects, we’re only going to get sicker, as a planet, and as a race.

It’s already been proven and admitted that this massive aerosol program is trapping heat and thereby increasing global warming. In addition, a 20% global dimming has been registered, bringing less photosynthesis to plants, less vitamin D to humans and other animal life, and less solar power for those working to lessen fossil fuel dependency.

For obvious starters. That should be enough in itself.

That they’re able to manipulate the weather to the advantage of the highest bidder and heaviest hitter is diametrically wrong. Whole areas with forced drought are then bought up by a predatory big Agra conglomerate waiting for their sickened catch to ripen. Stock market sharks playing on geoengineered crises bet on market changes and manipulated pricing in the face of steered storms and “managed” weather systems.

The fix is in while the public sits reeling from one manufactured weather onslaught to the other.

The planet is undergoing the bombardment of a vibrational surge at the moment. That we’re in a galactic alignment that should have been met with universal rejoicing, yet instead the Controllers seek to fight the natural influences of the Cosmos, is fundamentally suspect. Blocking the sun and other vibrational radiation sources has multiple deleterious effects, some of which are mentioned above.

Coincidentally, knowledge of the sun’s life-giving energy is something held dear in secret societies and occult orders. The very same ones behind the secret cabal ruling the planet. Getting the picture?

It’s understood by many that we’re in the midst of a bombardment of galactic influences. Literally attempting to block this energetic gift is tantamount to global pseudo-scientific fascism, virtually switching off the oxygen supply to a dying lung patient.

Can you tell me how that can have a positive, protective influence on spaceship earth?

Scream your awareness. Like a nightmare where your life is being threatened, let it out for your life, and make it your way of life!

We’re under attack and literally being strangled. Fight for your breath, literal and consciously, because that’s what you’re doing now anyway, like it or not.

21 Responses to They are Blocking the Sun, Period