Threatening The Scientists And Masking Reality 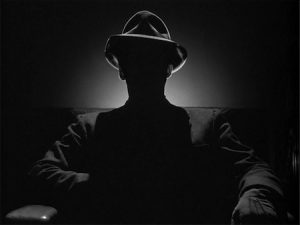 So many have bought the lie that climate scientists are paid more or rewarded for stating the dangers of climate change. The fact of the matter is that climate scientists in many cases have been dealt with very harshly if they dare to state the facts as they really are in regard to the severely damaged climate. WIth this consideration in mind, there is absolutely no chance that any reputable climate scientist can openly address the climate engineering nightmare without being subjected to very real threats and potential dangers (this is clearly documented in the article below). Unfortunately, as already mentioned, many have chosen to believe a completely false narrative put out by the power structure, the fossil fuel industry, and the geoengineers. First, that the planet is cooling or not warming. Second, that climate scientists are promoted or rewarded by stating alarming conclusions about the state of the climate. What I hope readers of the article below consider most is that climate scientists and other related academicians are most certainly under threat if they dare to speak out about the ongoing climate engineering in any way, shape, or form. It’s up to all of us to raise awareness of the global geoengineering programs to the point where there is cover enough for the scientists to stand out from the shadows. We are in a race against time in regard to this task, all are needed to join this most critical fight.
Dane Wigington
geoengineeringwatch.org

The evermore-dangerous-changing climate is not waiting for the climate denial contingency in Congress to come to their senses. Global warming/climate change is on a fast track with inconvertible evidence of its human-caused impact. It’s found everywhere. It’s almost impossible to miss it, especially in Europe where the glaciers in the Alps are relentlessly melting away, more than 32 feet of thickness, on average, over the past decade alone.

In that regard, The Board on Atmospheric Sciences and Climate of the National Research Council and the National Academy of Sciences jointly produced a video entitled: “Climate Change, Lines of Evidence,” which lays out the evidence of human-caused climate change in a simple format.

However, the real scientific evidence makes members of the political establishment who deny climate change look doltish; e.g., people who are running for the presidency, like Senator Marco Rubio, who proudly proclaimed on ABC’s This Week: “Humans aren’t causing climate change.”

According to Noam Chomsky (Peak Oil and a Changing Climate, The Nation and On the Earth Productions, January 24, 2011): “The Chamber of Commerce (the business lobby) the American petroleum industry, other business lobbies, have proclaimed, in fact, with enthusiasm, that they’re carrying out a campaign to try to convince the population that global warming is a liberal hoax, and it’s succeeded.”

As far as that goes, and similar to President Reagan’s famous exhortation to Mikhail Gorbachev: “Mr. Gorbachev, Tear down this wall,” it is fitting to address Senator James Inhofe, as follows: “Senator Inholfe, Tear down this barrier.”

“The idea that manmade gases, CO2, are causing catastrophic global warming is the greatest hoax ever perpetrated on the American people,” Senator James Inhofe (R-OK), the leading figurehead of the coalition within Congress to block any attempts to address the climate change issue in the context of human causation.

For numerous reasons, the Republican Party has been stricken with global warming denial, which contagion originated from deep within the bowels of the nationwide Republican campaign-funding network.

The symptoms of this contagion include moronic, nonsensical, thickheaded, dopey statements about the climate, like this: A quote by Rick Santorum at the Value Voters Summit (Oh, Please!) September 2012: “We will never have the elite, smart people on our side.” Well, oops, that’s not the statement, although he certainly makes a valid point.

Anyway, here’s Rick on the climate issue: “Drill everywhere… There is no such thing as global warming… I have never believed in the hoax of global warming.”

Nevertheless, and according to The Board on Atmospheric Sciences and Climate of the National Research Council and the National Academy of Sciences, Climate Change, Lines of Evidence: “In the case of climate change, scientists have understood for more than a century that emissions from burning of fossil fuels should lead to an increase in the earth’s average surface temperature… decades of observation have confirmed this research and understanding,” .

As such, it’s over 100 years now that scientists have understood that emissions from burning fossil fuels are linked to Earth’s temperature, and most significantly, decades of research have confirmed it.

Yes, repeating that statement, after one hundred (100) years of research, it is confirmed that human-caused fossil fuel emissions raise the earth’s temperature!

Aside from reams and reams and volumes and volumes of temperature readings from around the world going back over 100 years that demonstrate the earth is warming, further tangible evidence is, as follows: (1) Heat waves are becoming more frequent; (2) Cold snaps are shorter and milder; (3) Snow and ice cover are decreasing in the Northern Hemisphere; (4) Glaciers and ice caps are melting… really fast; (5) Many species are moving to different latitudes or higher altitudes due to changes in temperature.

According to the National Oceanic and Atmospheric Administration, June 2014 was the hottest ever recorded since record keeping began in the 19th century. Ditto for May 2014. And, on a relative basis, Arctic summertime weather is tropical.

The business of climate denial is an extremely robust enterprise, funded by conservative billionaires secretly channeling $120 million to a vast network of think tanks and activists between 2002 and 2010.1

The modus operandi of this orchestrated climate denial syndicate is to go after high profile targets, like Nobel Peace Prize winners, people like Michael E. Mann, climatologist, Pennsylvania State University (creator of the “hockey stick” in 1998), who shared the Nobel Peace Prize in 2007 with other scientists who participated in the Intergovernmental Panel on Climate Change (“IPCC”).

Here’s what Professor Mann says about his life as a climate scientist:

As a climate scientist, I have seen my integrity perniciously attacked, politicians have demanded I be fired from my job, and I’ve been subject to congressional and criminal investigations. I’ve even had death threats made against me. And why? Because I study climate science and some people don’t like what my colleagues and I have discovered. Their attacks on scientists are part of a destructive public-relations campaign being waged in a cynical effort to discredit climate science. 2

So, here in America, the answer to solving the climate change problem via the denial “school of thought” is to destroy the credibility of the top scientists, which harmoniously blends in with the country’s deep history of anti-intellectualism. Along those lines, Richard Hofstadter won the Pulitzer Prize in 1964 for his inspirational book, Anti-intellectualism in American Life.

This vicious undertaking to smear science is almost unbelievable but also nonsensical; e.g., politicians demanding Mann be fired, which was followed by congressional and criminal investigations, and death threats… all part of the stench of a syndicate of hatred, spleen, and venom expressive of vile contempt for the intellectual truth.  It is a throw back to the inquisitions, ever since the Roman Empire.

And, the beat goes on as Phil Jones, Director of Climatic Research Unit, University of East Anglia, who contributed enormous quantities of work to the research of climate sciences used by the IPCC, received numerous death threats. 3

In 2009 both Mann and Jones were subjected to underhanded thievery of their exchange of emails, which were then distorted and then published on the Internet to undermine the UN climate talks in Copenhagen, which negotiations ended in failure.

According to Mann: “Public discourse has been polluted now for decades by corporate-funded disinformation – not just with climate change but with a host of health, environmental and societal threats. The implications for the planet are grim.” 4

As it goes, because of filthy, seedy, nauseating greed by a few billionaires and their Congressional lackeys: “The implications for the planet are grim.” Remarkable! It is absolutely remarkable that they get away with it… so easily!

In the Southern Hemisphere, Australia National University in Canberra was forced to move its climate scientists to secure facilities because of death threats or assault, if spotted on the streets. In like manner, New South Wales and Queensland Universities had to institute broad security measures for thirty scientists.5

According to “The Battle Over Climate Science”, Popular Science, June 21, 2014: “Climate scientists routinely face death threats, hate mail, nuisance lawsuits and political attacks. How much worst can it get?”

Bogus organizations routinely file nuisance lawsuits and onerous Freedom of Information Act requests to disrupt work of climate scientists. As well, legitimate sources, like Senator James Inhofe, directly attack scientists. He released a report naming 17 prominent climate scientists who, he argued, may have engaged in potentially criminal behavior, breaking three laws and four regulations, including the Federal False Statements Act, which could be punishable with up to five years in prison. 6

Furthermore, and not at all surprising, the American Petroleum Institute (“API”) was caught with their hand in the proverbial cookie jar in 1998 in a leaked memo entitled, “Global Climate Science Communications Plan,” which plan outlined funding to “build a case against precipitous action on climate change based on the scientific uncertainty,”

The API memo laid out plans to recruit and pay willing scientists to “sow doubt about climate change among the media and public.”

Recruit and pay scientists to “sow doubt” about climate change?

Meanwhile, real scientists, who are paid by institutions to conduct research utilizing “scientific method,” are intimidated and strung out with phony lawsuits and bogus document requests and harsh personal threats.

As it happens, the field of climate science is now wide open to new recruits who are either masochists, former professional pugilists, and/or skilled in the nuances of Navy Seal training. As well, deep pockets are required of aspiring climate scientists as the lawsuits and harassment document requests are extremely costly. One university (University of Virginia) recently spent $600,000 defending a climate scientist against attacks, arguing that releasing personal correspondence “would chill academic research.”

And, they are successful. As for evidence of their success, the American public is largely indifferent to the issue of climate change/global warming. If it were otherwise, there would be enormous pressure on Congress to take immediate steps to recognize the problem and get off fossil fuels, but, like the public at large, Congress obtusely ignores the issue.

As for the denial school of thought and its cowardly deeds, it’s clear that underhanded, covert, slimy activities are not befitting when truth is self-evident. Hence, their actions belie their argument.

As it goes, the perilous world of climate science is filled with elements of a classical Greek tragedy, the plot, the most important element, is characteristically single and complex, whilst riddled with pathos.

Solution – Hopefully, Sophocles got it right.

Postscript: We’re in trouble “if even a small fraction of Arctic sea floor carbon is released to the atmosphere…the trajectory we’re on is to awaken a runaway climate heating that will ravage global agricultural systems leading to mass famine, conflict. Sea level rise will be a small problem by comparison. We simply must lower atmospheric carbon emissions.”7

2 Responses to Threatening The Scientists And Masking Reality