TIME TO WAKE UP 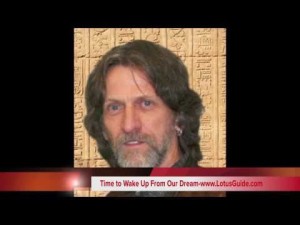 There can be little doubt that we are living in precarious times on a fragile planet that’s being governed by people and organizations that do not have our best interests at heart. Being the publisher of a magazine that addresses issues not normally covered by the corporate media I am well aware of the necessity to research with due diligence all information that comes across my desk. The responsibility of having a voice in the community weighs heavily on me whenever a story is made available to me. This is why I feel compelled to write something regarding the concerted and methodical circumvention by the media and online groups about certain issues like stratospheric aerosol geoengineering (SAG) ,solar radiation management (SRM)or what is more commonly known as chemtrails.

The climate change web site  (http://wattsupwiththat.com)  issued a statement that the subject of “chemtrails” was a “BANNED” topic on their site. They issued this statement to the administrator of “geoengineeringwatch.org” who tried to comment on the WUWT site, and only used the geoengineering term in his attempted comment. (not chemtrails).

I then submitted an article to the What’s Up With That website (http://wattsupwiththat.com) that was based entirely on factual information about the massive methane expulsion that’s happening and briefly mentioned geoengineering/chemtrails. Keep in mind that the mission statement on their home page is The world’s most viewed site on global warming and climate change. This alone should indicate that they would be, at least, open to an article addressing the geoengineering/chemtrail issue. Putting aside the possibility that my article didn’t meet their editorial standards I was surprised when I received an email back from them almost immediately refusing to publish my article.

A person I will refer to as Mr. W emailed me with this response:

“Sorry, not interested. We have a long standing policy against publishing anything on “chemtrails” at WUWT, and the avalanche of email people keep sending my way trying to get me to publish something on it only further cements that policy. Best Regards, Mr. W.”

So I emailed him back with this:

Being the publisher of Lotus Guide Magazine I also have guidelines that I make people abide by. The main one is that the information needs to be true and have social significance. So I’m curious as to your reasoning on this issue since the government openly admits that it’s being done and environmental groups has this down as one of the worse environmental projects ever.

I guess you have my curiosity up as a publisher and Blogger when you say the more people want you to publish something the more it gets “cemented” into your “policy making” that it will not happen. It seems that this is the very situation that would “make” it happen.  Again…just curious.

Then I received this from Mr. W:

“Let’s put it this way. As both a former pilot and meteorologist I think the chemtrails story has zero credibility, no matter how it is spun. So as the Wizard’s gatekeeper says in Oz: “not no way, not no how”

Sorry, just not interested, you have to take no for an answer. ”

After I received his last email I wondered if he realized that he used a double negative (not no way, not no how) which would be saying the opposite of what he intended and if you recall, the Wizard in the Land of Oz is nothing more than a scared old man behind the curtain pulling levers to keep everyone afraid and easily controlled, so I found it strange, and telling, that he would use that metaphor.

This situation leaves us with two possible scenarios. One is that he is simply out of touch with reality and has miraculously “some way some how” become a hub of information for geoengineering information on the Internet. The other alternative that seems more probable needs to be taken more seriously. Considering the fact that he is a former pilot and meteorologist, he of all people should know what’s going on, so there’s a possibility that he is being told what he can and cannot cover. The fact that he told me “you have to take no for an answer” let’s me know that he may be susceptible to being told what to do and takes no for an answer.

Then there’s the possibility that he has become a skeptic and can no longer accept information that undermines his previously held beliefs. This is a common scenario that I covered extensively in my book, To Believe Or Not To Believe: The Social & Neurological Consequences of Belief Systems. This is a common problem that is well documented by fMRI research being done by neuroscientists like Dr. Andrew Newberg and Sam Harris. This type of neural networking is responsible for a great deal of conflict and misunderstanding that is running rampant in every corner of our world.

From a divided and polarized Congress to the fact that most wars are fueled by a monotheistic religious belief, our world is trying desperately to wake up to a new level of awareness. Albert Einstein once put it succinctly, “We will never come up with the solutions from the same level of awareness that created the problems.”

Unfortunately this is not the only situation out there in the media; it’s actually a small and almost insignificant part of the problem but added to the many other websites and media outlets that are not being responsible investigative journalists and reporters it has a devastating affect on our perception of what’s going on in the world around us.

This isn’t to say that there aren’t some good news websites out there, there are many like www.NT.com, www.TruthDig.com, and the website you are on right now which covers the real implications of geoengineering www.geoengineeringwatch.org. What it comes down to is you need to do your own research about all the topics that run rampant through the Internet and don’t take “no” for an answer. History was never changed by those who followed the pack blindly, this is the time to stand up for what is right no matter what the consequences are.

Rahasya Poe, Publisher of Lotus Guide Magazine and author of To Believe Or Not To Believe: The Social & Neurological Consequences of Belief Systems. www.LotusGuide.com & www.RahasyaPoe.com

5 Responses to TIME TO WAKE UP