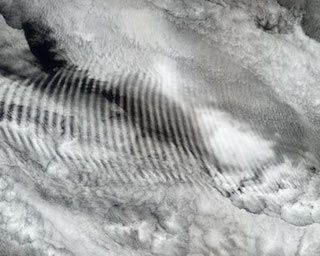 The dangers we face from global climate engineering are not only from the atmospheric saturation of highly toxic aerosols, but also from the constant bombardment of extremely powerful radio frequency signals that are also permeating our atmosphere from the clouds to the ground all over the planet. Note the massive radio frequency signature (from ionosphere heaters like HAARP) in the aerosolized cloud cover over the bottom 1/3rd of the image below. This image was taken on May 12th and clearly shows Baja, northern Mexico, central Mexico, parts of TX, were all being subjected to powerful radio frequency transmissions (the ribbing of the aerosol laced cloud formations makes this fact undeniable). In addition to manipulating the atmosphere and the jet stream, the RF transmissions are used to further scatter the toxic particulates that have been sprayed in order to form the most expansive cloud cover possible. Welcome to solar radiation management (SRM). The RF signals are highly detrimental to our health and all life forms. 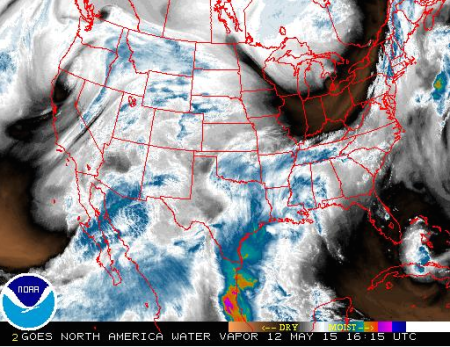 Click image to enlarge
Moving on to May 13th, 2015, the satellite image below taken over the Pacific Northwest shows vast areas of wispy aerosol canopy. On a satellite image heavily aerosolized cloud cover looks very similar to smoke from a forest fire. This is due to the fact that both forms of cloud cover are the result of massive particulate saturation in the atmosphere. 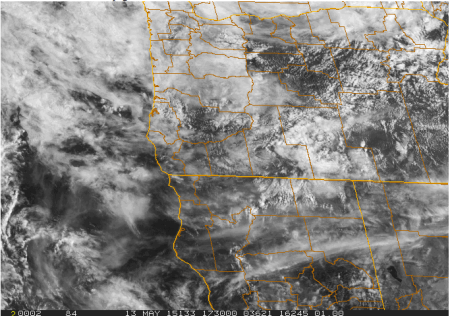 Click image to enlarge
In the image below (also May 13th, 2015), heavy aerosol spraying is most visible over Northern California where the dispersion lines still remain on the image. Much of the "overcast" in the overall image is also aerosol in composition, but the visible dispersions are not detectable as they have already spread out. It is important to remember that the visible horizon to horizon sprayed trails are only a part of the spraying operations. Much of the spraying is far less obvious but still turns the sky white and/or silvery white. 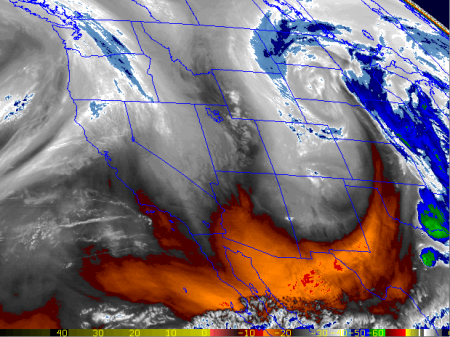 Click image to enlarge
Click here to see animated loop of the radar image above. Heavy spraying is most visible in the flow of moisture over Northern California and off the coast
of Southern California. The aerosol spraying is much more visible in the 15 second animated loop as compared to the still image.
The final two images below are from a combination satellite/radar map which shows precipitation and cloud cover. The first image is from May 13th, 2015, the second is from May 15th. The brighter the white of the cloud cover, the more heavily aerosolized it is. There is generally heavy spraying associated with any regions of convection, precipitation, and heavy atmospheric moisture (though there are many other applications of spraying as well). Note how much rainless cloud canopy there is over the US, Mexico, and the Gulf of Mexico, this is the result of the relentless climate engineering/weather warfare assault. 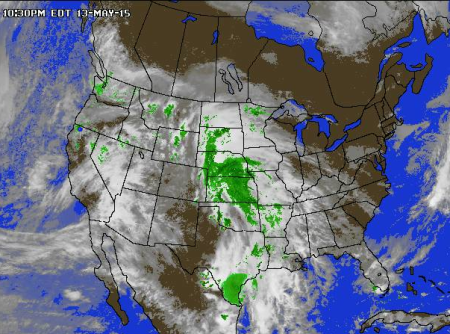 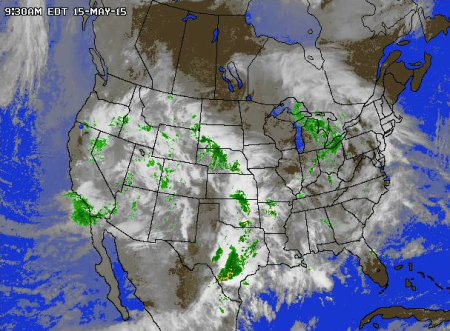 Click images to enlarge
A primary purpose of the constant spraying is to create as much aerosolized cloud cover over the planet as possible. Wherever there is moisture, there is almost always heavy spraying. In addition to "solar radiation management", there are so many more layers to the climate engineering atmospheric aerosol spraying. The geoengineers decide where precipitation will fall and where it won't, where there will be record drought and where there will be record flooding. They decide how toxic our environment will be and with what elements. They decide the level of contamination in every breath we take and the amount of lethal radio frequency signals we will be exposed. More than any other issue, our immediate future depends on exposing and halting climate engineering, make your voice heard in this battle for life. DW