“Vaxxed” Anti-Vaccine Documentary Cut From Premiere, The Cancerous Criminal Cabal Continues To Cover Up Their All Out Assault Against The Human Race 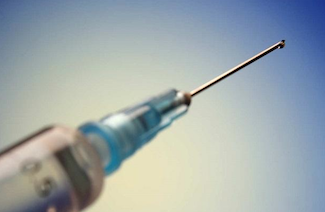 From the climate engineering contamination of the entire planet to lethal vaccinations, we are all in the throws of a literal fight for life. It is not just the criminally insane in power that are to blame for the sea of insanity we find ourselves swimming in, much of the blame must be born by a so far completely complacent population. The ground breaking documentary "Vaxxed, From Cover-up To Conspiracy" is a desperately needed exposé of the criminal cover-up of vaccine dangers. Has actor Robert DeNiro shown a total lack of courage by pulling the film from the Tribeca Film Festival (even though he has an autistic son)? Or was he threatened by those in power? What to you think? Any who dare to stand against those in power will face repercussions, but there is no other way forward. We must all stand together as one.

Actor Robert De Niro announced Saturday he is yanking the anti-vaccination documentary “Vaxxed” from the Tribeca Film Festival, after initially defending its inclusion.

DeNiro was further played by disinformation institutions like FOX "News" who also did their best to falsely discredit this exceptional film as well as the film's director, Andrew Wakefield.

Andrew Wakefield is a very exceptional individual with a very powerful presence. I have had the honor of conversing with him backstage the last two years at the Cal Jam awareness event in Southern California where we were both speaking.

“To our dismay, we learned today about the Tribeca Film Festival’s decision to reverse the official selection of Vaxxed: From Cover-Up To Catastrophe,” said Andrew Wakefield and Del Bigtree (the director and producer, respectively). “Robert De Niro’s original defense of the film happened Friday after a one hour conversation between De Niro and Bill Posey, the congressman who has interacted directly and at length with the CDC Whistleblower (William Thompson) and whose team has scrutinized the documents that prove fraud at the CDC.

"We have just witnessed yet another example of the power of corporate interests censoring free speech, art and truth," the statement read. "Tribeca's action will not succeed in denying the world access to the truth behind the film "Vaxxed"."

We cannot stand by and ignore the blatant and aggressive censorship of this profoundly important documentary film. GeoengineeringWatch.org is already putting the wheels in motion to organize a public screening of "Vaxxed" in Northern California. I encourage all to go to the official website for this documentary and to subscribe as a supporter. Exposing the criminal vaccination assault will also help to expose the climate engineering insanity, the same tyrants are, of course, behind both issues. Below is the 2 minute trailer to this must see documentary film.

Now is when we decide what we are made of and why we are here, please help in the effort to expose "Vaxxed" to the masses, please help us in the battle to expose and halt climate engineering, make your voice heard while it can still make a difference.
DW

90 Responses to “Vaxxed” Anti-Vaccine Documentary Cut From Premiere, The Cancerous Criminal Cabal Continues To Cover Up Their All Out Assault Against The Human Race