Waking The Masses To The Climate Engineering Assault, Helpful Tools 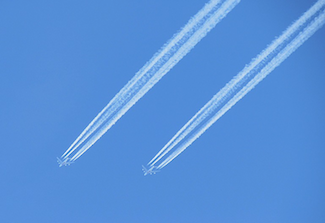 How can we wake people up to the ongoing global climate engineering assault when so many have been so completely conditioned to deny this most dire issue? Shocking and compelling visual images are the most effective approach. The one minute video below contains extremely eye opening time-lapse film footage of a massive atmospheric aerosol spraying assault. Up close footage of a jet aircraft spray dispersion is also captured. Visual proof is the most powerful key to raising  awareness.

Waking someone up to something they don't want to hear and don't want to know is an extremely difficult task, programmed denial is epidemic in our society. Simple straightforward visual tools are (in most cases) the best introduction method. In addition to the many compelling jet spraying videos that can be shared online, an effective informational flyer is almost always far more effective than a verbal dissertation for face to face introductions to the climate engineering/weather warfare issue. "A picture is worth a thousand words" as the saying goes.

Instructions for downloading: Simply right-click on each image below and choose "Save Link As…" (or the equivalent),
save it to your computer, find the file and open/print it. 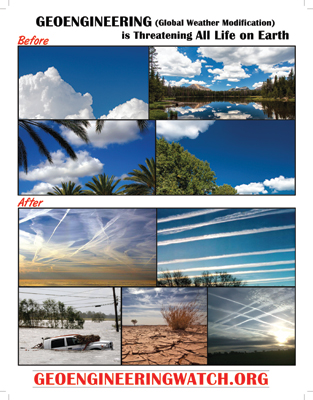 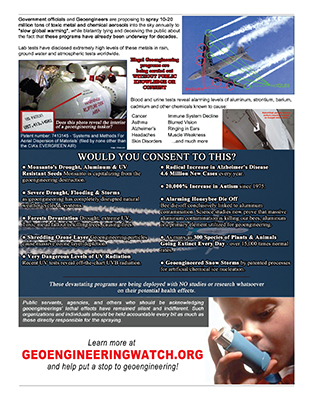 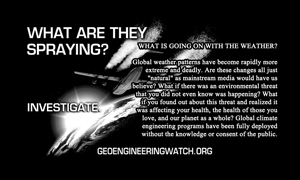 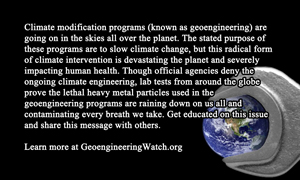 97 Responses to Waking The Masses To The Climate Engineering Assault, Helpful Tools