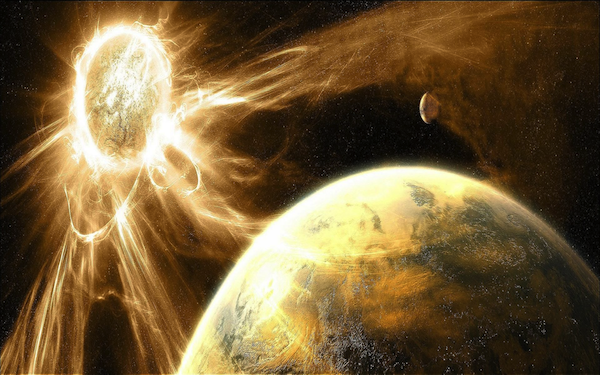 We have known for some time that the UV levels were getting rapidly worse due to the ongoing atmospheric spraying. Anyone that is even slightly awake and aware has noticed that the sun feels incredibly intense on the skin. Most varieties of plant life are showing at least some signs of stress in most areas. In many regions, whole forests are in steep decline. And its getting worse by the day.

Although extreme drought and toxic rains (due in large part to the heavy metal fallout from geoengineering) are taking their toll, recent metering of UV levels in Northern California indicate that there is an element in this die off that is far worse than we had realized, an incomprehensibly high level of UV radiation.

With the assistance of a very generous and conscientious individual, geoengineeringwatch.org purchased top-of-the-line UV metering equipment which was put in the hands of a 40-year environmental metering veteran, with 20 years government experience and 20 years as a private consultant. Our findings are far beyond shocking.

From a recent science study on excessive UV:

We are told UV-B is only a minor component of the total solar radiation, we now know this could not be further from the truth. Our recent metering reflects an exponential rise in UVB radiation. Due to its high energy, its potential for causing biological damage to plants, animals, and humans is exceptionally high and even small increases could lead to significant biological damage. There are numerous peer reviewed studies which verify this fact. 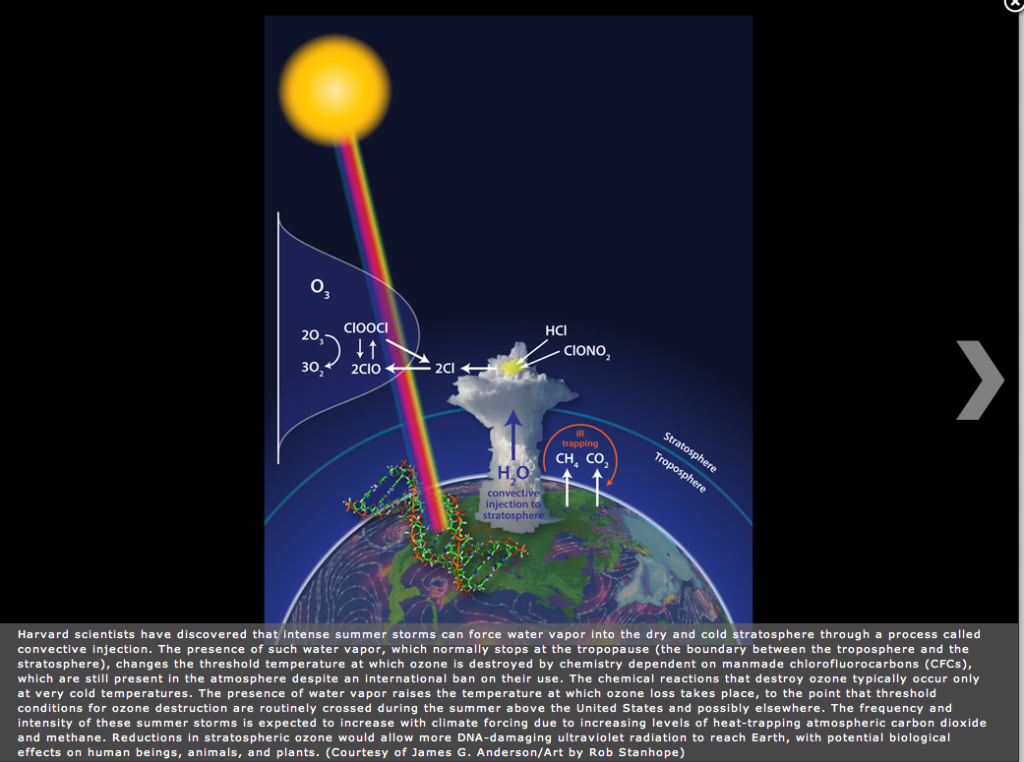 This is ‘officially’ what we are told about UV

According to agencies like WHO, (World Heath Organizatin) and a long list of other recognized government sources of UV information like NOAA (National Oceanic and Atmospheric Administration), no more than 5% of the total UV reaching the surface of Earth should be UVB. The other 95% should be UVA.

These agencies go on to state that UVC should be ZERO.

What has our testing shown?

UVB – the most lethal form of UV radiation – has now escalated to almost 70% of the total UV reaching the surface of our planet. At least this is the case in several places measured in the U.S.  (This can only mean that total Ultra-Violate  exposure has also escalated sharply, making overall UVB levels worse still.)

In addition, our testing has consistently shown significant levels of UVC which used to be filtered out by the ozone layer, some 100,000 feet up in our atmosphere.

UV is measured in spectral bandwidths. The higher the bandwidth, the more benign the UV; lower bandwidths are more lethal. 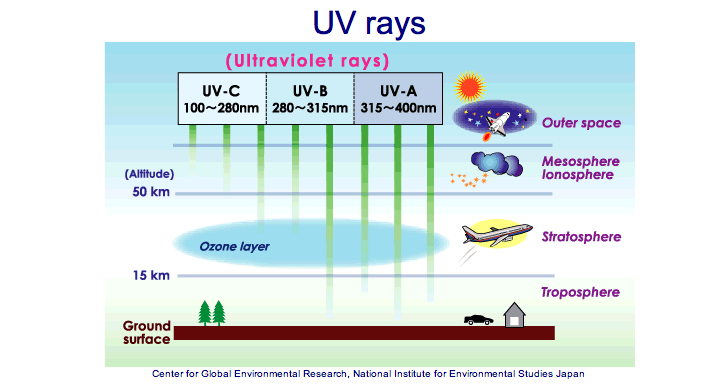 Current testing reveals that almost 70% of incoming UV radiation is currently in the UVB and UVC range. (Not 5% or less, as we are being told by all major agencies and their media mouthpieces).

This translates into nearly a 1,400% increase in UVB as a percentage of total UV. If UVA has also gone up due to the same ozone destruction which has driven up the UVB, this would indicate a likelihood that the total UVB and UVC is higher still – not just a difference of ratio with the same overall number.

What are the known negative effects of excessive UV exposure to plant life?

The Proof On The Ground

In the forests of Northern California, bark is literally being scorched from trees. On many specimens, only a thin strip of bark remains on the shaded side of the tree. Foliage is being scorched with many trees having only a fraction of their normal leaf cover. Many native species of plants are not even sprouting any more. The organisms that do still manage to grow appear miniaturized in some cases.

What are just some of the results of excessive UV exposure to plants?

SOME known effects of excessive UV exposure to aquatic life:

All aquatic life is particularly vulnerable to high UV levels.

Phytoplankton accounts for some 30% of the worlds intake of animal protein. Phytoplankton and the microorganisms they consume are killed by excessive UV levels. (Global plankton populations have already been reduced by 40% to 50%. Much of the die off is likely due to increased UV radiation.)

Bottom line: A crashing plankton population effects the entire food chain and all life on earth.

Excess UV kills coral reefs. So do waters warmed and made acidic by CO2 fallout. (Reefs are the nurseries of many crucial aquatic species and are in sharp decline around the globe.)

SOME of the known effects of excess UV on humans:

This is not speculation, it is fact. There is a mountain of science data that confirms the ozone decimating effect of sunlight-reflecting particulates in the upper atmosphere. As geoengineering climate modeler Ken Caldeira warned after crunching the numbers for Dr. Edward Teller’s aerosol “sunscreen”, the resulting rapid cooling of the stratosphere causes the formation of huge ice clouds that attract and concentrate ozone-destroying chemicals.

Though many of these “science studies” do not admit geoengineering is already going on, this fact is not hard to confirm for any that do even the slightest investigation. Numerous references are posted below this article. 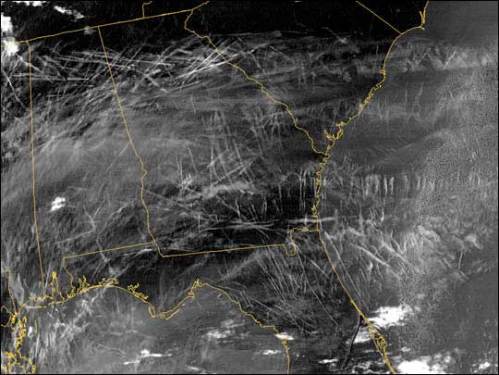 The gravity of our collective crisis cannot be overstated. Current UV metering makes clear we are now being exposed to dangerously high levels of UV radiation, specifically UVB and UVC.

The metering performed in Northern California, on which this statement is based, was done by a pair of identical state-of-the-art, brand-new, science-grade meters guaranteed to be scientifically calibrated to a range within 4%. As stated earlier in this article, the tech who did this metering is a 40- year veteran in environmental measurement and interpretation.

Here in Northern California, we are already seeing frighteningly visible damage to foliage, trees, and plants. The ramifications of extremely high UV levels to all life forms – including us – are grave. As the die-off of other species go, so will we. We are in the 6th Great Mass Extinction – right here, right now! (References below)

If geoengineering continues unabated, and the ozone layer is completely destroyed, it will be game over for us all. No ozone layer = no life on Earth.

Do your own honest investigation and find out.

Global awareness of these lethal programs is rising quickly, but not fast enough. Its up to all of us to help shine the light on this life-or-death issue. Every day counts.

The Science paper notes that loss of ice in the Artic threatens to release significant amounts of carbon dioxide and methane from the soils of Siberia and Northern Alaska, potentially accelerating climate change. The researchers also note that an increasingly cited remedy for climate change—geo-engineering the climate by launching sulfate particles directly into the atmosphere in order to reflect sunlight away from Earth—would accelerate the process of ozone loss by increasing the reactive surface area for the conversion of chlorine to free radical form, as was observed after the eruption of Mount Pinatubo in 1991.

UVB: a band of ultraviolet radiation with wavelengths from 280-320 nanometers produced by the Sun

UVB is a kind of ultraviolet light from the sun (and sun lamps) that has several harmful effects. UVB is particularly effective at damaging DNA. It is a cause of melanoma and other types of skin cancer. It has also been linked to damage to some materials, crops, and marine organisms. The ozone layer protects the Earth against most UVB coming from the sun. It is always important to protect oneself against UVB, even in the absence of ozone depletion, by wearing hats, sunglasses, and sunscreen. However, these precautions will become more important as ozone depletion worsens. NASA provides more information on their web site.

UVC: a band of ultraviolet radiation with wavelengths shorter than 280 nanometers

UVC is extremely dangerous, but it is completely absorbed by ozone and normal oxygen (O2). NASA provides more information on their web site.

GEOENGINEERING WOULD DESTROY THE OZONE LAYER

A Geo-engineering conference was held in Canberra this week see here. ‘Geo-engineering’ is taking radical steps to dramatically and rapidly cool the planet. One of the ideas being discussed at the conference is to fire sulfa particles into the atmosphere, one professor has spoken out about this:

Professor David Karoly, of the University of Melbourne’s School of Earth Sciences, says another ‘pie in the sky’ solution is to shoot sulfur particles in the atmosphere to shield the earth from the sun.

He says that would destroy the ozone layer.

“Ozone depletion would cause more UV radiation which would cause skin cancers – killing people,” he said.

“We know the mechanism for this, because it’s the process that affects the Antarctic ozone hole.”

No ozone layer, no terrestrial life on earth

Global aerosol depth loop (off course this source does not mention the main source of atmospheric aerosols, global geoengineering)

From a recent science study on excessive UV.

Although UV-B is only a minor component of the total solar radiation (less than 0.5%), due to its high energy, its potential for causing biological damage is exceptionally high and even small increases could lead to significant biological damage.

82 Responses to Geoengineering is Destroying the Ozone Layer