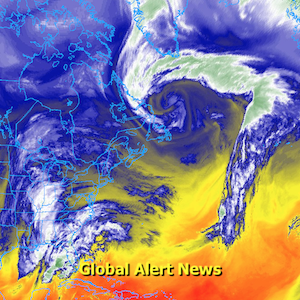 The holidays are again upon us, but this welcomed time of year must not be allowed to eclipse our view of the atrocities in our skies and the wider horizon. If the human race remains on the current course, how long do we have? Normalcy bias is extremely ingrained and entrenched in our society, will it take total environmental and societal collapse to shatter it? The December 22nd edition of Global Alert News is below.

To those that are awake, aware, and dedicated to sounding the alarm for the greater good, we must summon the courage to march with our efforts on in spite of the resistance from others. This time is like no other in human history, reality on countless fronts cannot be hidden for much longer. If by our collective efforts we can expose and halt the climate engineering insanity before the power structure is ready for that to occur, we would have a chance of salvaging some part of our living planet. Never give up, share credible data from a credible source. Reaching a critical mass of awareness is the only way forward in this fight, make your voice heard.heard.
DW

Northern California weather forecasters predicted “mostly sunny skies” and this is what we got. Does this look normal to you? This 30 second time-lapse video was captured in Shasta County, California, on December 19th, 2018. Video credit: Jovyde Wigington

Geoengineering Watch wishes to thank Laura Kozicki for her ongoing efforts to sound the alarm in Wisconsin. This newspaper ad shown was placed by Laura in the Ozaukee County Newspaper on December 13th, 2018.​ 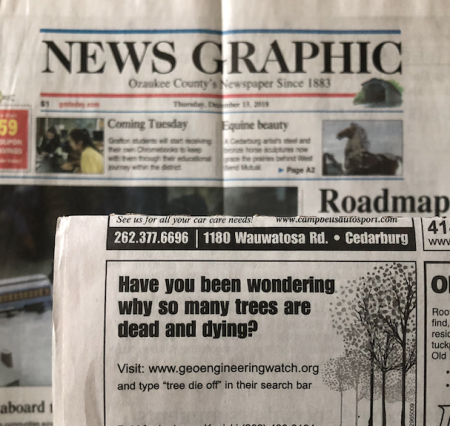