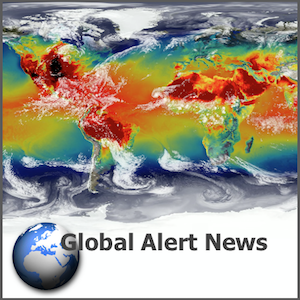 While the power structures scripted political theater of the absurd distracts much of the US population, the roller-coaster ride toward a lifeless planet continues to accelerate with each passing day. Will the “coldest on record” Superbowl temperatures (conditions created by the climate engineers) help to cover up the record warm temperatures at the North Pole (which are expected to be as much as 40 degrees higher than those at the game)? What other orchestrated weather events are the climate engineers currently manufacturing in order to manipulate the perception of populations? Ocean and atmospheric oxygen levels continue to plummet, shouldn’t being able to breath be our top priority? The latest installment of Global Alert News is below.

The painful moment of forced awakening is coming. The moment when so many will ponder how they could have been so blind to what was unfolding around them. Between now and that moment it is the responsibility of the already awakened to sow seeds of awareness. How? By sharing credible data from a credible source, this is exponentially more effective than pointing at the atrocities in our skies and ranting. Whatever comes, great solace exists in the knowledge that you did everything you could to do your part for the greater good. If we all stand together, who can say what profound good we may yet accomplish even at this late hour.
DW

This week's GeoengineeringWatch.org outreach booth is at the "At the Grounds", Roseville, California, and is shown below. My most sincere and continuing gratitude to the Gem Faire exhibition organizers for facilitating and setting up this very effective booth in every week's Gem Faire location. The schedule for upcoming Gem Faire events is HERE. A geoengineeringwatch.org booth will be at all events, thanks to the steadfast support of Gem Faire. 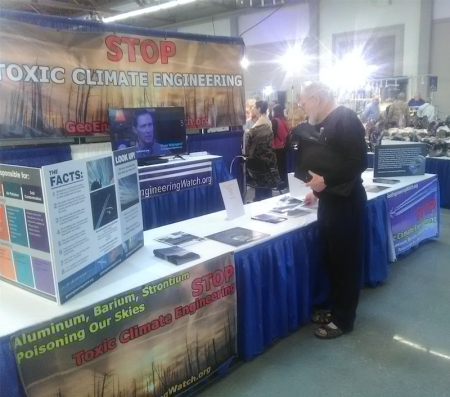 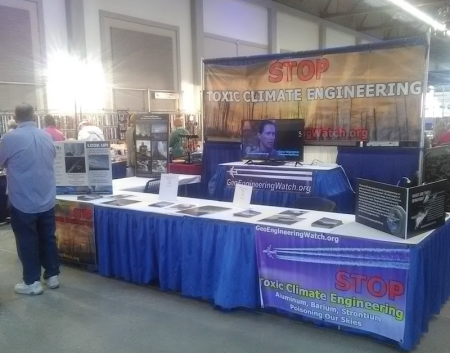 Geoengineeringwatch.org wishes to express our deepest gratitude to Jeff Wolfley (former publisher of The Las Vegas Magazine) for spearheading the effort to put GeoengineeringWatch.org flyers into the "Star Valley Independent News" in Western Wyoming. Also, the opinion comment addressing geoengineering ("Thoreau"), was posted in the paper on the same day that the flyers were inserted. 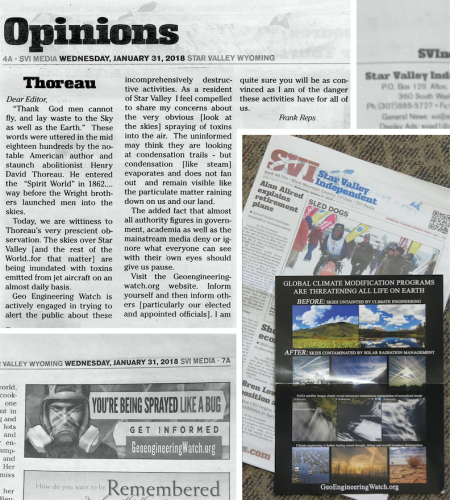 Geoengineeringwatch.org also wishes to express our deepest gratitude to William (from Frazier Park California) for organizing the effort to put Geoengineering Watch flyers into “ The Mountain Enterprise” newspaper in Frazier Park, California (GeoengineeringWatch.org supplied the flyers) 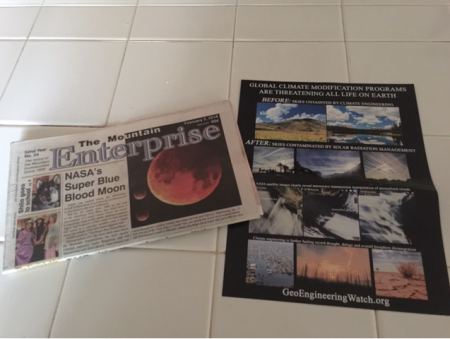