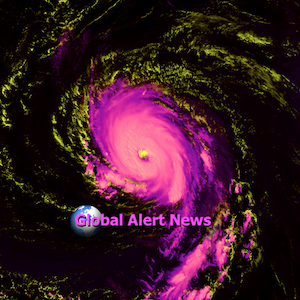 Climate engineering is further fueling fires and floods all over the world. While the west coast of the US continues to bake and burn, other parts of the country are being constantly deluged and drowned. The steering of Hurricane Ida is the latest example. Climate intervention operations are completely disrupting and derailing the entire global hydrological cycle. The constant succession of weather catastrophes has heaped even more hardship on top of populations already reeling from the ongoing CV-19 scenario. The human race and the entire web of life are under siege, when will major links in the chain begin to break? The latest installment of Global Alert News is below.