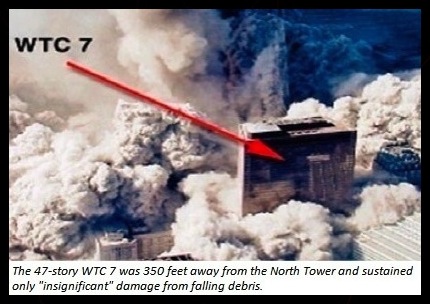 The only thing keeping the truth about 911 from reaching critical mass of awareness with the US public is the fact that many of the citizens of this country have so far refused to wake up no matter how many facts they are given.  The ten minute interview below with Rudy Dent, a 32 year New York City Fire Department veteran, is extremely compelling. The mountain of rock solid information being put out by 911 Architects and Engineers for truth is irrefutable beyond any reasonable doubt. Richard Gage is the courageous head of the 911 A&E group. Richard will join us on geoengineeringwatch radio this Saturday at 12pm PST for a one hour interview. 911 is the event that changed the course of the world. Along with the climate engineering insanity, the truth about 911 must be exposed. Each of these two issues will help to shine the light on the other. Each will help to wake the masses to the true gravity and criminality of what has unfolded around them.
Dane Wigington
geoengineeringwatch.org

911 Architects and Engineers for Truth