Spring 2014 Is The Hottest Ever Recorded 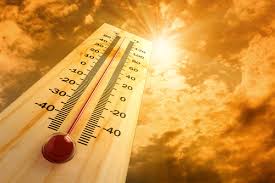 Even with constant and radical falsification of “official” temperature readings and records to the DOWN side, high temperature records around the globe continue to be broken. The warmer our planet gets, the more the geoengineers ramp up their already relentless assault of toxic aerosol spraying on our imploding biosphere. Though the climate engineers can and have cooled down specific regions in order to create headlines and confusion as to the state of the climate (like the Eastern US), the overall effect of the spraying is accelerated warming. Climate engineering is tearing the planets life support systems apart from top to bottom. The nonstop toxic spraying is literally poisoning the entire web of life. We must all stand and make our voices heard while there is yet time to make a difference.
Dane Wigington
geoengineeringwatch.org

The Japan Meteorological Agency (JMA) reported Monday that March-May was the hottest in more than 120 years of record-keeping. It was also the hottest May on record.

This is especially noteworthy because we’re still waiting for the start of El Niño. It is usually the combination of the underlying long-term warming trend and the regional El Niño warming pattern that leads to new global temperature records.

You may be wondering how the world is setting records for the warmest March, April, and May (the boreal spring) when it wasn’t particularly hot in the United States (assuming we ignore California and Alaska). It turns out there’s like a whole planet out there that has been getting very toasty:

The Siberian permafrost, for instance, has seen relatively sweltering temperatures. And that’s not good news since carbon emissions from the permamelt could add up to 1.5°F to total global warming by 2100 depending on how fast it defrosts.

The JMA is a World Meteorological Organization Regional Climate Center of excellence. In the coming days we will get reports from NASA and NOAA on May and spring temperatures. At this point, it looks like spring 2014 will be the second hottest on record in the NASA dataset and first or second for NOAA.

It seems all but certain more records will be broken in the coming months, as global warming combines with an emerging El Niño.

4 Responses to Spring 2014 Is The Hottest Ever Recorded