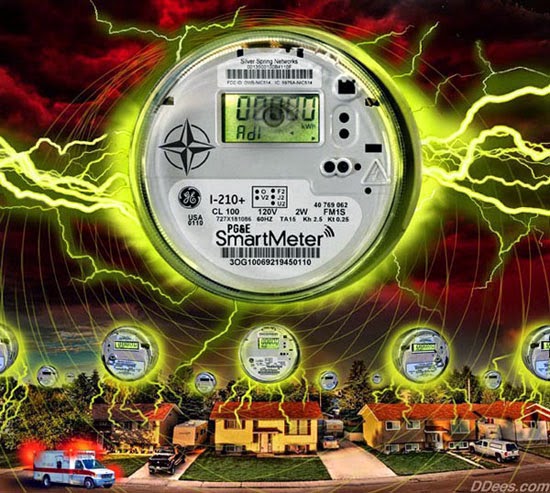 Our modern world is creating an electromagnetic soup filled with electrical pulses, radio frequencies, computer screens, wireless signals, as well as personal devices such as cell phones and gadgets that are emitting damaging radiation. There are many peer-reviewed scientific studies drawing conclusions that should concern us all, but particularly for young children and pregnant women. Government agencies are even doing battle amongst themselves over outdated scientific information that still impacts current regulations.

Recently, neuroscientist and professor, Olle Johansson, PhD, offered a comprehensive view of the many issues surrounding EMFs, including an industry-wide attempt by telecom to cover up the negative consequences. It is a must-see lecture that can be viewed here.

Adding further credence to the dangers of EMFs, another well-regarded scientist who has eight international awards for his work, Prof. Martin Pall, a Professor Emeritus of Biochemistry and Basic Medical Sciences at Washington State University, is also calling for action against common emitters of electromagnetic pollution. In the video below, you will hear how he goes so far as to say that these devices are a biohazard which need to be abolished.

As Dr. Pall mentions, there are actually 20,000 scientific papers that acknowledge the potential harm from EMFs – there should be none.

Among the well-documented effects of exposure are:

So, as you can see, this is a full-spectrum assault on the human organism which, further, can lead to ongoing generational effects. Serious indeed.

Below is an additional presentation that Dr. Pall gave to the Portland, Oregon city council. Let’s hope they adopt a different strategy than Maine, which had broad support for new legislation until the cell phone lobby completely dominated popular opinion that led to a wireless radiation bill first being passed, then was completely reversed once the money and political influence fully appeared. That story is important to note for any activists who are raising this issue in their local communities.

On March 11, 2014, the Maine House House of Representatives passed an amended version of “The Wireless Information Act” on a vote of 83 to 56. The bill, LD 1013, requires that any manufacturer’s information relating to radio-frequency exposure must be plainly visible on the outside of the cell phone’s product packaging or the packaging must contain a label with the following warning for all cell phones sold in the state that have manufacturer’s safety warnings:

The Maine Senate agreed and voted 21-14.

Cell phone industry lobbyists killed the bill by co-opting the Democratic House leadership to switch their votes from approval to disapproval. Several other states, including California, Hawaii, Oregon, and Pennsylvania, have tried to adopt cell phone warning label laws but have been blocked by intense lobbying by the cell phone industry. The industry does not want consumers to read the microwave radiation safety warnings that cell phone manufacturers bury in cell phone user manuals, nor does it want cell phone users to take simple precautions to reduce their risk of harm. The industry has argued before the federal Ninth Circuit Court of Appeals that consumers will panic if they are informed about the risks from exposure to cell phone radiation that have been reported in the scientific literature. (emphasis added)