What’s With the Weather and Chemtrails? 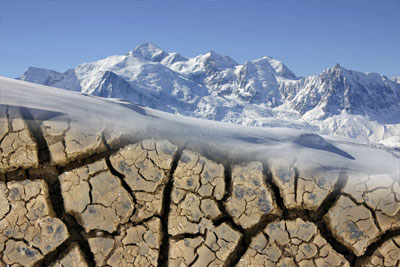 There’s an aphorism about the weather that goes something like this: “Everyone talks about the weather but no one can do anything about it.” Well, don’t be so sure about that, especially since several means of atmospheric manipulation have become commonplace, if not mainstreamed.

In December of 2007 Professor Michel Chossudovsky, Founder and Director of the Centre for Research on Globalization (CRG), published an extraordinary paper titled “Weather Warfare: Beware the US Military’s Experiments with Climatic Warfare” wherein he discussed such things as “HAARP was developed as part of an Anglo-American partnership between Raytheon Corporation, which owns the HAARP patents, the US Air Force and British Aerospace Systems (BAES).” [2] Readers will note that two nations’ government-war-machinery-branches are involved: the US Air Force and the British Aerospace Systems. There is more to HAARP (High Frequency Active Auroral Research Program) that involves other nations with “establishments” around the globe.

Here is a resource for some of the known HAARP facilities in countries such as Australia, Germany, India, Indonesia, Japan, Norway, Taiwan, Ukraine (could that be one of the reasons for the current geopolitical problems there?), and Russia – in addition to outfitted ships at sea. This YouTube explains more than you may want to know!

The graphic below indicates an apparent ability for “Radar Hurricane Steering,” which, in hindsight, may explain some weather issues. 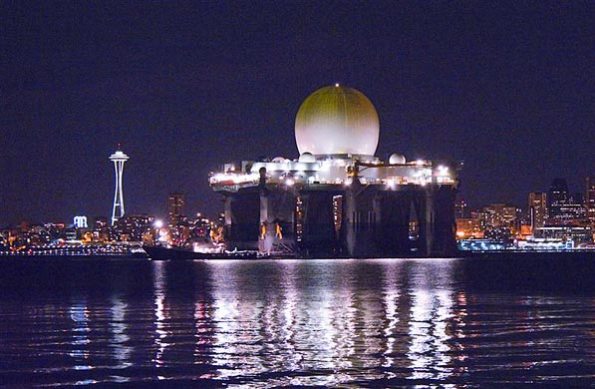 Additionally, certain cloud configurations are considered to be created by HAARP energies and they are labeled as “HAARP clouds.” Here is an exceptional collection of stunning cloud formations.

Just like the 1950s technology ‘phenomenon’ nuclear fission with nuclear energy power plants, HAARP facilities seem to be cropping up all over. We know that nuclear waste cannot be stored safely easily, so what don’t we know about ELF energies.

The scary part about HAARP technology is what it emits into the ionosphere where humans should not be mucking around EXCEPT if they want to accidentally or intentionally cause/steer catastrophic events that can be blamed on Mother Nature or an Act of God like WEATHER!

According to Alaska Conservation Foundation Dispatch,

This little-known Pentagon-sponsored radiophysics project, called the High-Frequency Active Auroral Research Program (HAARP), is officially intended to expand knowledge about the nature of long-range radio communications and surveillance using the fluctuating ionosphere – the portion of the upper atmosphere extending from 35 to 500 miles above earth’s surface.

The IRI [ionospheric research instrument (HAARP)] is designed to temporarily modify 30-mile diameter patches of the upper atmosphere by exciting, or “heating,” their constituent electrons and ions with focused beams of powerful, highfrequency radio energy. A household analogy would be a microwave oven, which heats dinner by exciting the food’s water molecules with microwave energy.

Earth-penetrating tomography is a startling potential use of ionospheric heating. The method would work by beaming radio energy into the Auroral electrojet, the curved, charged-particle stream formed at high latitudes where the solar wind interacts with Earth’s magnetic field. The radio energy then disperses over large areas through ductlike regions of the ionosphere, forming a virtual antenna that can be thousands of miles in length. [CJF emphasis added]

Such an ELF antenna can emit waves penetrating as deeply as several kilometers into the ground, depending on the geological makeup and subsurface water conditions in a targeted area. Aircraft or satellites stationed overhead would then collect the reflected ELF waves and relay them to computers at a processing station, where subsurface inhomogeneities that trace the outlines of structures such as underground weapons facilities can be imaged. North Korea and Iraq, where buried nuclear weapons labs are believed to exist, would be prime candidates for earth- penetrating tomography surveillance. [3] [CJF emphasis added]

What jumps out to be focused on is “Earth-penetrating tomography” and “Such an ELF antenna can emit waves penetrating as deeply as several kilometers into the ground,…” which beg an obvious question: Can they cause earthquakes?

Nevertheless, the above is not the only ‘tool’ in apparent weather management. There are chemtrails—those ‘tracks’ laid down by planes deliberately emitting or spraying toxic chemicals and other poisons, especially nano-size particulates and aluminum-coated chaff from which, it is hypothesized, HAARP ELF antenna/rays can bounce off energies to any targeted area.

If readers don’t recognize chemtrails, you undoubtedly have seen them daily over your heads but thought they were contrails. So here’s a visual refresher: Images of Chemtrails.

Now, consider the difference between a real jet contrail and a deliberately sprayed chemtrail.

What is in chemtrails being sprayed? And how do chemtrails affect you?

The chemtrail program involves spraying aluminum, barium, strontium and other toxic chemicals from airplanes at high altitudes. Toxins fall to the ground, ending up in our bodies, water, soil, and the air we breathe, which affects: crops and their nutrient contents, respiratory and lung problems, the immune system, and probably can seed various forms of cancer and other diseases.

Apparently, several passenger airlines [9-10] are involved in spraying, including the U.S. Air Force as apparently captured in this YouTube

Apparently, there is the theory that the chemicals being sprayed in chemtrails impact several things: weather manipulation, scientific experimentation, and some even believe mind control can be part of the agenda. I sure hope not because there are enough people who are “out to lunch” with regard to seeing the light of day about vested-interest science, advertising, branding, and media manipulation.

Chemtrail spraying is prolific in California, where much of the U.S. fresh food supply is grown, especially organics.

Recently, California was suffering from an extensive drought while other sections of the USA were being flooded out.

According to assays taken, here’s a List of Chemtrail Toxic Chemicals & Metals

Open air chemtrail spraying operations are now live in California (all 50 states and all NATO countries). Independent analysis of chemtrail fallout has identified many toxic chemicals including;

Source: Chemtrails – What Are They Spraying?

Not to get a little paranoid on my readers, but there has been a U.S. patent issued that apparently deals with mind control, which some think all the weather manipulation also is involved with. Who’s to say that is factual, except that the patent is “United States Patent 5,159,703, Lowery, October 27, 1992 Silent Subliminal Presentation System, Inventors: Lowery, Oliver M. Filed December 28, 1989.”

“Abstract: A silent communications system in which nonaural carriers, in the very low or very high audio frequency range or in the adjacent ultrasonic frequency spectrum, are amplitude or frequency modulated with the desired intelligence and propagated acoustically or vibrationally, for inducement into the brain, typically through the use of loudspeakers, earphones or piezoelectric transducers. [HAARP is considered a piezoelectric transducer!] [7,8] The modulated carriers may be transmitted directly in real time or may be conveniently recorded and stored on mechanical, magnetic or optical media for delayed or repeated transmission to the listener.” [4]

All the above technological advances probably add to the sum total of weather anomalies and ‘climate change’ Planet Earth has been experiencing in the last ten or so years. Climate change may be regarded as something that has been utilized and programmed for certain controls by vested interests. However, what will weather geoengineers come up with to control all the carbon dioxide, sulphur dioxide, and hazardous gases released from volcanoes? How about methane clathrates? Moreover, what about sun spots that emit toxic gases and solar radiation directed toward Earth? Furthermore, hasn’t the solar system, the Universe(s), and Planet Earth evolved with sun spot materials over millions of millennia?

If weather geoengineers think they can control the weather – and to date they have been successful in that 20% less sunlight is reaching Planet Earth [5] – how can they control one of the more influential factors in real climate change, which is the inner core of the planet that is iron heating up with the core spinning faster than the outer planet? Is that what’s contributing to melting ice in the Polar Regions? (Source)

Weather geoengineering can bring flooding torrential rain in areas by sending precipitation to mimic ‘Acts of God’, i.e., storms like we experienced in the winter of 2014 plus Arctic cold when a “Polar Vortex” apparently was brought down farther into the U.S. mainland by apparently manipulating the Jet Stream. Most recently, tornadoes throughout the Midwestern and Southern states, plus flooding of Pensacola, Florida, and Alabama (2 feet of rain in just two days [6]), and other strange weather anomalies are being attributed to climate change and Nature.

Former weather buzzwords were “global warming.” They have been abandoned for “climate change” that actually may be a man-made and controlling manipulative-factor that is costing lives; creating horrendous amounts of damage and insurance claims; spawning severe financial hardships; generating losses of food-producing land, crops, and growing seasons thereby impacting food shortages; plus other possible factors – some unknown – that just may be the ultimate ‘surprise’ no one expects from “smart” technology, but is being programmed to look like and being blamed effectively on God, Acts of God, Mother Nature, or climate change.

Collectively, we need to wake up; look up to the skies; research what’s going on, and don’t gullibly accept the fairytales about climate change, which just may be man-made weather anomalies. Everything may not be as it seems, dear readers.

Three of the most important questions I think U.S. taxpayers ought to be asking of each member of Congress are:

Furthermore, where is the mainstream media on investigating those tracks in the skies that form blanket clouds? Why isn’t Congress having hearings to find out what chemtrails are all about? Why aren’t TV weatherpersons blowing the whistle on what they see on their weather radar screens that look like precipitation but are not? One did: Kevin Lollis (Oregon TV weatherman) reported military aircraft dropping chaff—small bits of aluminum or other things.

Dane Wigington of Geoengineering Watch talks about chemtrail effects in his April 26, 2014 report, which I encourage readers to listen to. Listen carefully to what he discusses and then ask yourself: Why isn’t the media talking about chemtrails? Why has the U.S. federal government done absolutely nothing to stop the horrendous poisons literally raining down on us?

Chemtrails: The Consequences of Toxic Metals and Chemical Aerosols on Human Health
http://www.globalresearch.ca/chemtrails-the-consequences-of-toxic-metals-and-chemical-aerosols-on-human-health/19047

Two of Catherine’s more recent books on Amazon.com are Our Chemical Lives And The Hijacking Of Our DNA, A Probe Into What’s Probably Making Us Sick (2009) and Lord, How Can I Make It Through Grieving My Loss, An Inspirational Guide Through the Grieving Process (2008).

One Response to What’s With the Weather and Chemtrails?