2015 Is Crushing It For Hottest Year On Record 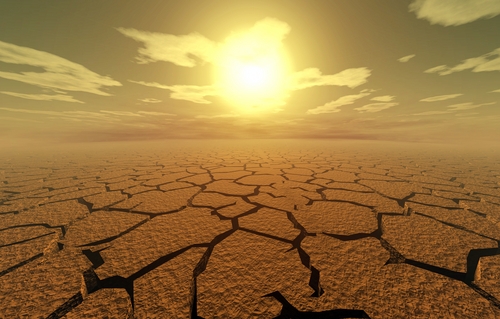 This was by far the hottest four-month start (January to April) of any year on record. CREDIT: NOAA

Last week NASA reported that this has been the Earth’s hottest January-April on record. This week, the National Oceanic and Atmospheric Administration (NOAA) confirmed that finding with its latest monthly report on global temperatures.

Separately, NOAA released its monthly report on “Global Ocean Heat.” It makes clear that the ocean’s heat content down to 2000 meters (1.24 miles) has been soaring this century — and nearly gone off the charts this year:

It’s looking more and more like 2015 will crush previous global temperature records. May has already started out hot and is likely to be a record breaker itself. NOAA recently predicted that there’s “a greater than 80 percent chance” the current El Niño lasts all year. El Niños generally lead to global temperature records, as the short-term El Niño warming adds to the underlying long-term global warming trend.
In NOAA’s dataset, May 2014 – April 2015 tied with April 2014 – March 2015 for hottest 12 months on record.
A 2010 NASA study noted that the 12-month running-mean global temperature tends to lag the temperature in the key Niño 3.4 region of the equatorial Pacific “by 4 months.” El Niño (and La Niña) are typically defined as positive (and negative) sustained sea surface temperature anomalies greater than 0.5°C across the central tropical Pacific Ocean’s Nino3.4 region. More details here.

The Niño 3.4 region is already much warmer than it was 4 months ago, when a weak El Niño was forming. It’s widely predicted the current El Niño will intensify. Tim Stockdale of the European Centre for Medium-Range Weather Forecasts said recently, “It’s likely to be a moderate El Nino or bigger.”

NOAA’s National Centers for Environmental Prediction (NCEP) releases a weekly El Niño Southern Oscillation (ENSO) report every Monday here. The ensemble mean prediction of NCEP’s Climate Forecast System (CFS) — and virtually all of the member forecasts — of Nino 3.4 sea surface temperatures (SSTs) is for a steadily intensifying El Niño that gets quite strong by the fall.

If anything like these forecasts come true, then 2015 will be the blow-out hottest year on record. Indeed, if the high-end of recent forecasts comes true, then, as Slate meteorologist Eric Holthaus has explained, “this El Niño could be the strongest in recorded history.” The Australia Bureau of Meteorology said last week, “the average of the model forecasts for NINO3.4 for October 2015 is +2.4 °C,” which would be a super El Niño.

Some climatologists have said we may be witnessing the start of the long-awaited jump in global temperatures of as much as as 0.5°F. Global warming appears to be getting ready for its mic drop.