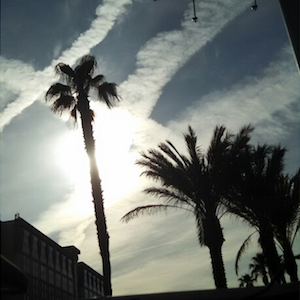 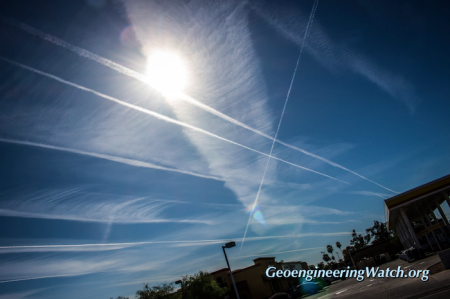 What harms our efforts to credibly and effectively expose climate engineering? False conclusions based on false headlines put out by those who either don't have any understanding of current front-line realities, or who don't care because they are pursuing other agendas.

Below are a few of the completely false narratives recently pushed by some who claim to be against climate engineering, but who are actually harming the effort by destroying credibility. Why are some helping the geoengineers to sell geoengineering? The criminal cabal that is completely committed to hiding climate engineering is also just as committed to hiding the climate disintegration. Below each completely false narrative are the verifiable front-line facts. The bottom line is this, the planet is warming at an astounding pace, climate engineering can create short term toxic cool-downs at the cost of a worsened overall warming.

False: "The planet has been cooling for the last 6 or 7 years"
Reality:

The Point Of No Return: Climate Change Nightmares Are Already Here

Scientists Are Watching In Horror As Antarctic Ice Collapses

False: "Ice is always increasing and melting" (implying that the rapid ice melt is not from anthropogenic activity)
Reality:

Human Activities Linked To Warming And Loss Of Ice

False: "snow in the Caribbean" (implying this proves global cooling and not a result of climate engineering and chemical ice nucleation patented processes)
Reality:

False: "The sun is the only thing that effects the weather"
Reality:

How Do We Know Humans Are The Major Cause Of Global Warming? (Union of Concerned Scientists)

False: "The increasing speed of the pole shift has nothing to do with global warming/human activity" (which includes geoengineering/climate engineering)

Earth Is Tipping Because Of Climate Change

Oceans Will Rise Much More Than Predicted

Sea Level Rise Will Be Worse and Come Sooner

How Far Sea Levels Could Rise 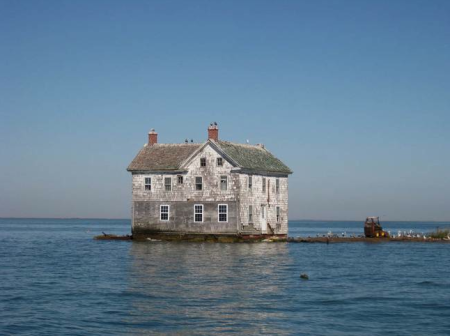 The most recent and most comprehensive study yet done on the cause of the current warming shows a "90-100% agreement" that it is anthropogenic (human caused, which again, includes geoengineering). But what about the 30,000 scientists that said global warming isn't so? Easily debunked, as is every bit of the "global warming is a hoax" military industrial complex false narrative. What about the Paris climate conference, didn't some of the scientists there dispute global warming? A handful did, every one of them connected to the military/industrial/hydrocarbon complex. In fact, there is a long list of professional disinformation actors doing their best to cloud the truth about the unfolding planetary meltdown. What are the odds of the current warming not being a natural cycle and not anthropogenic in nature? New studies conclude with 99.999% certainty that the current warming is due to human activity (which of course includes climate engineering). For those who wish to remain in denial about the true state of the climate and the biosphere, articles with opposing viewpoints can always be found. For those that want reality, honest investigation must be carried out.  The internationally award winning documentary film "Chasing Ice" contains front-line film footage that ends all confusion and argument for any that are truly doing objective investigation. Those that truly care about effectively fighting to expose and halt climate engineering must make the time to check their facts. The planet is spiraling into total meltdown and global climate engineering is helping to fuel the overall fire while simultaneously contaminating the the entire planet. The shocking short term chemically nucleated cool-downs (like the recent snow in the Caribbean) are absolutely the result of climate engineering and chemical ice nucleation. Pretending or claiming such engineered events are "normal" or "natural" only harms the critical effort to expose and halt climate engineering.  To recite the false conclusions already listed is simply toeing the line for big oil and the geoengineers.

How bad is the unfolding reality that we will all face?

The Stark Realities Of Baked-In Catastrophes

In a civilization gone mad with delusions of grandeur, we’re left with tatters of human sociability held together by rancid mythologies.

Despite human fossil fuel burning recently reported to be “flat”, CO2 levels have been on a tear for the last six months, reaching new worrying levels which have some wondering whether permafrost melt may be contributing to the unusually high spike if no decline happens soon. The giant holes in Siberia serve as an ominous sign. Considering that the current El Niño is contributing only 10% to what we are now seeing, runaway global warming may be accelerating worldwide. But don’t worry, Warren Buffett says climate change is no more of a problem than the Y2K bug and will be profitable through increased premiums and inflation.

Ever dire studies continue to reaffirm worst case scenarios, making clear to anyone paying attention that Earth in the next century will be unrecognizable from its current state. Basic planetary geography and atmospheric conditions will be altered through warming oceans and rising sea levels which are now increasing faster than at any time in the past 2800 years. On average, sea levels were between 50 and 82 feet higher the last time CO2 levels were at 400ppm. Glaciologist Jason Box expects ice melt from the West Antarctic to become the biggest contributor to sea level rise in the coming decades due to a feedback loop not in the climate models. CO2 levels have been increasing around 3ppm per year, a twentyfold increase since pre-industrial times when the highest recorded increase was 0.15 ppm per year. We’ve long since passed the tipping point of melting Arctic summer sea ice; 300-350 ppm of CO2 was the threshold for many parts of the climate. These changes are irreversible on a timescale of human civilizations. Even if all human industrial activity magically ceased today, the footprint man has already left will be felt for eons.

In our warming world, the hydrologic cycle is changing and creating extreme weather; crop-destroying droughts and floods are becoming more frequent. The Jet Stream is transforming into something different, becoming wavier with higher ridges and troughs prone to stagnating in the same region. As global temperatures rise over time, hotter air will be trapped under these layers of high pressure from a mangled Jet Stream, cooking everything to death. Rising winter temperatures are beginning to destroy the “winter chill”needed for many fruit and nut trees to properly blossom and produce maximally. Climate change is also disrupting flower pollination and pushing fish toward North/South poles, robbing poorer countries at Equator of crucial food resources. In a new study, marine scientists are surprised to find a disturbing trend in the increasing numbers of a specific type of phytoplankton, coccolithophores, which have been “typically more abundant during Earth’s warm interglacial and high CO2 periods.”

Homo sapiens have only been on the planet for the equivalent of a few seconds in geologic time but have managed to overwhelm and foul up all of earth’s natural processes and interdependencies, leaving a distinct layer in the sedimentary record. There is nothing modern humans do that is truly sustainable. Here are a few glaring examples:

Relying on machines for answers to the existential problems of a species run amok with planet-destroying tools and weaponry is rather ironic and tragic. We’re locked-up inside a complexity trap of our own making. The human propensity for tool-building coupled with our discovery of fossil fuels has created a set of living arrangements in which we are now enslaved to those machines and tools. The globalized capitalist economy externalizes its destruction and atrocities, keeping the masses in a state of ignorance and denial. Our corporate overlords are not conscientious citizens, but mindless organizations whose sole purpose is to grow profits no matter the external damage done to society and the environment. Between the economic oil hitmen who ensure that profits flow smoothly and GOP politicians who openly espouse their science illiteracy, a hospitable climate for future humans seems remote. Hopeful delusions have given way to the stark reality of our predicament as scholars like Noam Chomsky who originally started his career fighting for a modicum of social justice have now set the bar at just the chance of human survival. Despite the best efforts of scientists, environmentalists, and activists, the wealthy countries most able to do something won’t “get it” until famine, disease, and war come to their country. All is being left for the almighty ‘free market’ to sort out at the same time that climate change, a conflict multiplier, ramps up.

Ideology, preconception, and desired beliefs do not help with the effort to expose the truth and end confusion. Such traits only add to the difficulty of gaining desperately needed credibility and bridge building with the climate science and environmental communities (that have so far been unwilling to join the ranks of the anti-geoengineering movement). If we are to have any chance of prevailing in the fight to expose and halt climate engineering, reality must be faced on all sides of the fence. The Global Warming communities must face and acknowledge climate engineering (and the planetary cataclysm it is contributing to). The anti-geoengineering community needs to face and acknowledge the rapidly unfolding planetary meltdown (made far worse by climate engineering). Only when both sides fully open their eyes, can the needed critical mass of climate engineering awareness be reached. Those that truly care about this most critical battle will take the time to do real investigation and then stand on hard facts. False headlines and completely incorrect ideological rants from any source must be recognized for what they are, wrong. We must all make our voices heard while we can, exposing and halting climate engineering is the great imperative of our time.
DW