Climate Engineering And The Collapse Of The Cryosphere 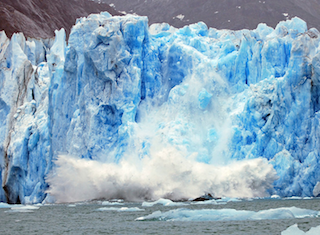 In regard to the true state of the ice deposits on planet Earth, many have been confused by the constant bombardment of completely false headlines by media sources that are totally controlled by special interests. Overall, the cryosphere (ice deposits) are disintegrating and geoengineering is accelerating this process, not slowing it. Geoengineering CANNOT help mitigate the warming of the planet, it can only make it worse and that is exactly what is happening as recent studies prove. Climate engineering is simply weather warfare. The highly toxic fallout is nothing short of biological warfare which is fueling global omnicide. As the cryosphere collapses, runaway methane releases will increase. If the methane releases continue, "Venus Syndrome" will be the final result. The newly released article below further documents the rapidly accelerating implosion of Earth's ice deposits. The Climate engineering assault must be halted immediately so that the biosphere can respond on its own to the damage already done.
Dane Wigington
geoengineeringwatch.org

Friday, May 15, 2015, 10:08 AM – According to a new NASA study, Antarctica's Larsen B Ice Shelf is collapsing before our eyes, and will very likely be gone within the next few years.

In 2002, over the span of just 35 days from late January to early March, scientists watched with alarm as two-thirds of the Larsen B Ice Shelf rapidly broke apart and collapsed into the sea. A total of 715 cubic kilometres of ice – over 200 metres deep and roughly the area of the state of Rhode Island – was lost from the ice shelf, tumbling into the waters off the coast of the Antarctic Peninsula.

For an ice shelf that had been stable for somewhere around 11,000 to 12,000 years, this collapse was shocking.

Now, a new study using data from NASA's Operation Icebridge mission is showing that the remainder of Larsen B is going through big changes – fragmenting, cracking apart and flowing even faster than before.

"These are warning signs that the remnant is disintegrating," said Ala Khazendar, a Radar Scientist with NASA's Jet Propulsion Laboratory. "Although it's fascinating scientifically to have a front-row seat to watch the ice shelf becoming unstable and breaking up, it's bad news for our planet. This ice shelf has existed for at least 10,000 years, and soon it will be gone."

According to Khazendar, the reason for the gloomy prognosis for Larsen B is a large rift that formed where the ice shelf rests on the bedrock of the Antarctic continent. Once this rift spreads to span the entire width of the ice shelf, the part hanging over the water will split off, float away and shatter into numerous icebergs, adding to the sea ice floating around Antarctica.

A further complication this adds to the region is that the three glaciers feeding the ice shelf, Leppard, Flask and Starbuck, have already been accelerating after the 2002 collapse, and will speed up their advance to the sea as the remainder slips away.

"What is really surprising about Larsen B is how quickly the changes are taking place," Khazendar said. "Change has been relentless."

2 Responses to Climate Engineering And The Collapse Of The Cryosphere