Climate Engineering Awareness Efforts, How Do We Sound The Alarm? 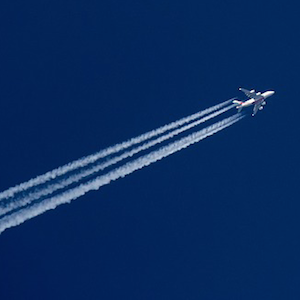 We collectively face a long list of planetary emergencies that are unfolding on countless fronts with blinding speed. Will we allow ourselves to be paralyzed by the darkening horizon? Or will we face the gathering storm head-on, prioritize our efforts, and each do what we can to effectively and efficiently sound the alarm in order to wake the masses? Of all the threats we face, the ongoing climate engineering/weather warfare assault is the single greatest short of nuclear cataclysm. If we are to have any chance of stopping geoengineering, we must first expose it, this effort will take all of us. Powerful awareness raising tools like the jet aircraft particulate spraying shown in the 2 minute video below are an example.

Many other methods of raising awareness can be utilized in any city or town in the US or the world. There are currently four public transportation buses running in Redding, California with the “Stop Climate Engineering” GeoengineeringWatch.org banner. Our deepest gratitude to Brian Schuler and Melanie Moran for making these banners/billboards happen. Click here to support stop climate engineering billboards by Brian Schuler and Melanie Moran. 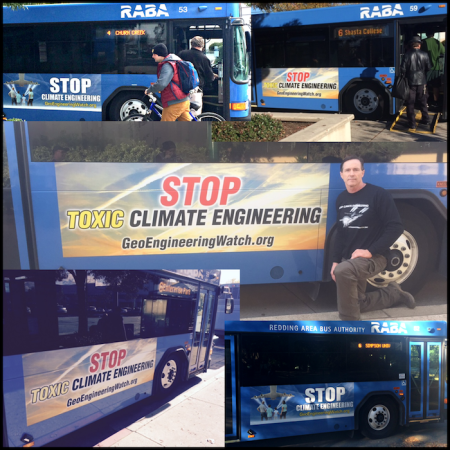 Five new digital GeoengineeringWatch.org billboards (three of them are shown below) have gone up in Yorkton, Saskatchewan, Canada (2/11/17). Our most sincere thanks to Dwight Erickson for spearheading this effort. To view articles on other Geoengineering Watch billboards/signs check the attached link: www.geoengineeringwatch.org/category/geoengineering/billboards/ 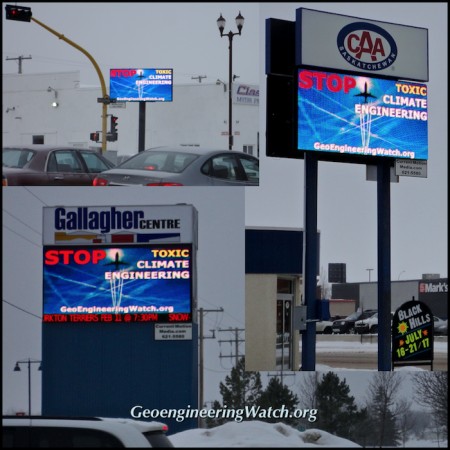 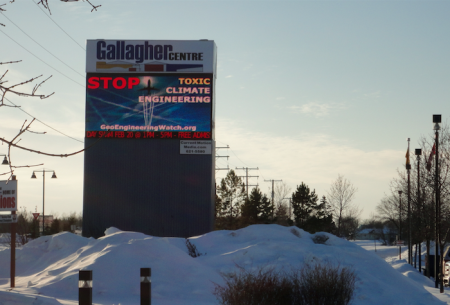 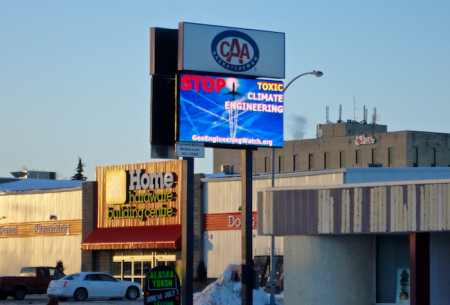 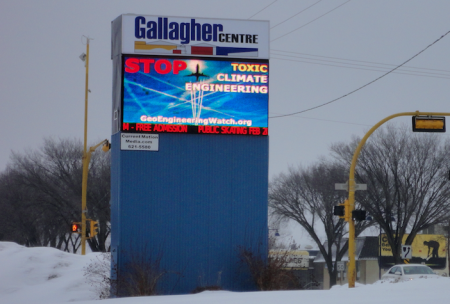 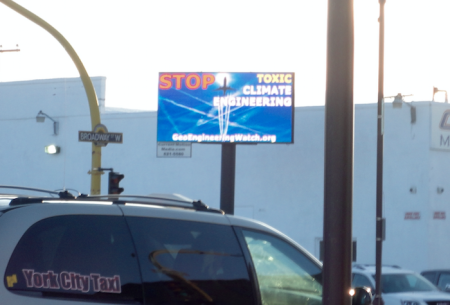 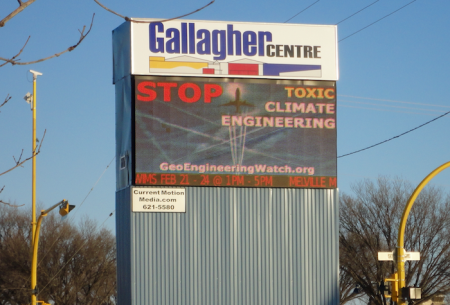 It is absolutely crucial to fully expose the ongoing global climate intervention/weather warfare atrocities. The path that leads to the desperately needed critical mass of public awareness on this issue has been long and arduous, but our grass roots efforts are the only way forward. Rapidly worsening weather whiplash and converging climate catastrophes are finally forcing the planetary geoengineering issue out into the open. Now more than ever we must all continue to credibly and effectively sound the alarm, make your voice heard.
DW

214 Responses to Climate Engineering Awareness Efforts, How Do We Sound The Alarm?