Climate Engineering, How It Changed My World 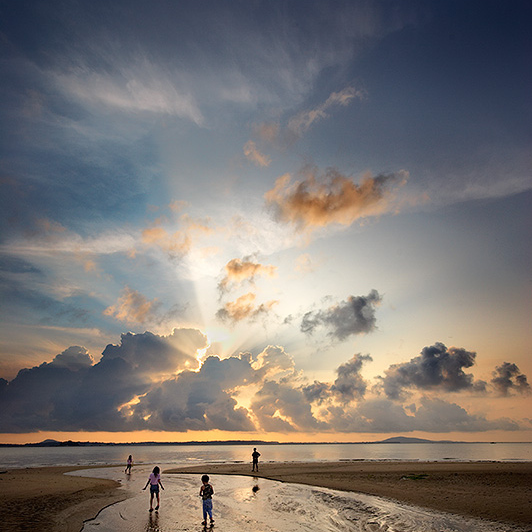 Soon I will be turning 60, and I cannot help but recall my mother’s words when she told me she felt as if she had outlived her understanding of how the world worked.  She was in her eighties when she explained this sadness, and I felt this must surely be a common feeling in eldership, and I felt deeply sorry for her.  Little did I know that I would feel much the same at sixty.

I grew up in a time when kids left the house at 8:00 a.m. and stayed outside all day minus the run-ins for lunch and dinner.  We rode bikes everywhere and miles and miles from home.  We went trekking through miles and miles of woods and tried to get lost so that we could make our ways back with tremendous pride in our outdoor skills.  We made creek rafts out of sticks and leaves, climbed every climbable tree, and we made forts out of deer thickets and snow.

We lived for the storm systems to roll in and ran with careless abandon beneath thunder and lightning and relished in every snowfall that had us dragging sleds up gigantic hills over and over and over again. We were never too wet or too cold.  We were outdoor kids.  We loved mud, heat, bugs, frogs and toads, and we knew every critter in the woods.  We knew the names of most trees, shrubs and flowers because our parents knew them, and we could name most insects and birds.

I never had my own phone, computer or TV set.  I had a bicycle and friends who only and ever wanted to be outside.  To stay home and watch TV meant punishment. To talk on a telephone was boring.  To be outside was heaven, and I can still smell every season in my memories, remember visionary skies of my youth, the terrible annoyance of and fascination with insects, and the utter joy of the mass bird migrations during the Fall season; so many birds that from horizon to horizon the ground would turn dark beneath millions of birds in flight.  And when they would land to rest and feed, the noise!  Trees would come alive with such loud vocalizations that you couldn’t hear your friends sitting next to you.  Every telephone wire for as far as the eye could see was covered with birds; every rooftop, every puddle alive with migratory critters, and this teaming of life brought everyone out of their houses to take it all in.  Everyone used to enjoy the fall migrations, everyone, because it was part of the beauty and meaning of autumn.

During the warm months in the evenings and prior to air conditioning, screens were on all doors and windows, which were always open and, once the sun set, every kind of insect you can imagine would end up enjoying the porch and indoor lights by resting on the house screens.  They covered, literally covered the screens.  I hated June Bugs because you had to fight them to get into the house without 50 of them coming in with you.  Flies were horrible and we simply lived with them with fly swatters in nearly every room. Back then there were absolutely amazing moths of every color, size and shape, and they were beautiful albeit annoying.  During that time Luna Moths were often seen and they were magical, almost fairie-like.  Equally, bees and butterflies of every color imaginable, size and shape were simply a part of every flower and vegetable garden.  And the night time was loud, very loud, with the sounds of frogs, crickets, cicadas, and other insects; it was the sound of summer nights, and the grass was wet, soaking wet with dew all the way into morning where insects and birds drank from the blades of grass and swarms of gnats followed you especially in the mornings.  There was so much life, and it all made sense and defined every season.  It was a blessing to see it all, to smell each season and the creatures that lived their lives to such extraordinary purposes; to hear their voices, the screeching, the bass tones, the chirping; to hear and catch a cricket or a cicada.  There was so much motion and sound; so much life. 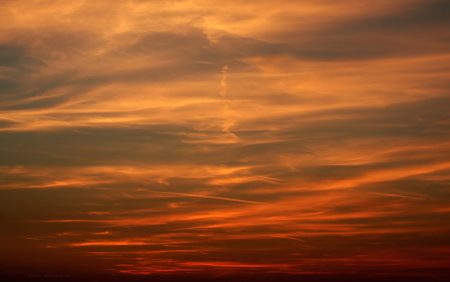 I don’t know when I first noticed the aerial spraying. I was late, very late, in finally realizing something was wrong with the sky, but I noticed the lessening of insects, birds and amphibians a long time ago.  For many years I thought it was weed killers.  Then I thought it was water pollution; then Monsanto. When I finally learned about “chemtrails”, I knew—immediately—why these creatures had disappeared.  Years later, I knew why birds were dropping dead out of the skies, why Lady and June Bugs were gone, and why fireflies were disappearing.  To my horror, I finally realized why the bird migrations had all but ceased and why 20 years ago Cornell University’s Ornithology Department was asking children all over the U.S. to feed, count and identify birds at their feeders.  Birds were dying.

Today there are no migrations minus small groups of ducks and geese.  There are next to no moths, butterflies or any insects for that matter minus a few flies and moths, Japanese beetles, and what may be genetically modified mosquitoes.

Ponds and many bogs are silent.  Evening doors are no longer covered with bugs, and I never heard one cricket this fall, not even one. I cannot explain the depth of my heart sickness, because my childhood memories no longer exist in the real world.  And, having written this piece, I understand my mother’s terrible sadness of outliving what she knew, what made sense in her life.  I do not know how to make sense of the perpetrated murder of nature.  I can’t even wrap my brain around the immorality, the criminality of such abject insanity that kills; no, murders everything it touches.  All I know is, in humanity’s ever-increasing ill-health, there will be a great reckoning, and to all of us older ones who know, who comprehend such profound loss; our world dies before our eyes; a wholly unnatural order.  This sadness, the grief, is quite simply beyond words.

34 Responses to Climate Engineering, How It Changed My World