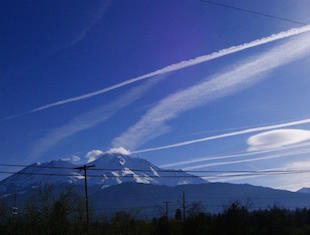 Those who strive for and attain positions in local government more often than not tend to be a particular personality type (very much like those who strive for higher government offices). I make this statement from 35 years of experience with dealing with such people in multiple counties of California and Arizona. What I have noted is this, there is, in general, a complete lack of honor (with occasional exceptions). The vast majority of "elected officials" and especially "appointed officials" are there for self-serving reasons, not for the common good. Personal ideology, paychecks, and pensions are what guides them. Again, this is not always the case, there are exceptions, but those are few and far between. The article below is a case in point in regard to the honorless self-serving individuals that so often occupy governmental positions from the bottom of the ladder to the top. They are nothing more than minions for the power structure.
Dane Wigington
geoengineeringwatch.org

Dr. Stephen Perlman, my husband, passed away unexpectedly in January of 2015. Stephen served the residents of Siskiyou County for 38 years working as an emergency room physician, a family practice physician, and for the last eight years as the Siskiyou County Public Health Officer. "The role of the Public Health Officer is to be responsible for the health and well-being of county residents, to focus on the interrelationship between people and their environment while researching new insights and innovative solutions to environmental health problems.” Stephen was in charge of coordinating any and all health related emergencies.
​
In the fall of 2013 Stephen and I noticed strange white lines in the sky above our apple farm in Scott Valley. They became a daily occurrence, crisscrossing the sky in grid-like patterns. We noticed these were not normal commercial airline contrails as those dissipated within 30 seconds or so. These trails went from horizon to horizon and seemed to merge forming a whitish haze, blocking the sun, making our morning blue sky overcast for the rest of the day. 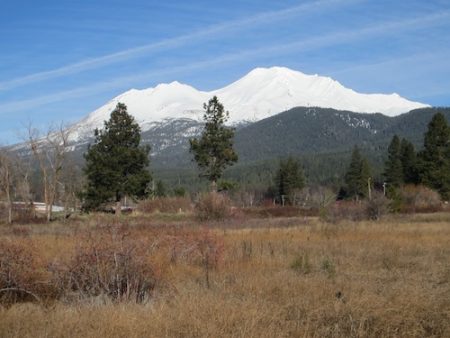 Climate geoengineering over Mt. Shasta, CA
He began to research this phenomenon and after many months of reviewing the scientific data available, observing photos from around the world, and studying the USA’s patents for weather modification he became extremely alarmed. He discovered that the aerosol sprays used in Solar Radiation Management (SRM), supposedly to protect us from global warming, contained aluminum, barium, and strontium, which are known to be toxic to humans and the environment. He discovered that these toxic chemicals had never been tested on humans, flora, fauna, or waterways.

We attended a meeting in Redding, California before the Shasta County Supervisors where over 500 concerned citizens and a panel of experts including scientists, biologists, pilots, and physicians testified. In the words of the Shasta County Supervisors, “credible and compelling evidence” was presented. Not only did all 5 supervisors vote unanimously to investigate the aluminum contamination/climate geoengineering issue, they also said they would forward the video testimony of the proceedings on to all appropriate state and federal agencies and ask for a response.

It became Stephen's goal to inform the Siskiyou County Supervisors with a similar informational presentation where he would speak along with a panel of experts. He wanted the water in Siskiyou County tested for heavy metals. He was waiting until our new supervisor from Scott Valley, Ray Haupt was sworn in January of 2015. After Stephen’s sudden death in January before he had the opportunity to testify, it became my mission to speak on his behalf, along with an expert panel. An expert panel, which included doctors, nurses, and citizens (whose test results showed high levels of aluminum, barium and strontium) had agreed to attend the meeting and present information.

I met with my supervisor, Ray Haupt, who after listening to my concerns regarding my husband’s plans to go before Siskiyou County BOS and reviewing the informational packet I presented, said, “We listen to all kinds of informational presentations. I see no problem getting this on the agenda, go ahead and fill out the paperwork. I have heard of the spray concerns from other county residents, I am a scientist and have a hard time wrapping my head around such an operation but I pride myself in considering all sides of an issue. I will talk to Ed Valenzuela who is our chair about this meeting.”

I also sent an email to Yreka supervisor Grace Bennett stating Dr. Perlman’s concerns and his mission to inform the board. I never heard back from her. Another concerned citizen shared that her supervisor, Brandon Criss, had been given an information packet, was dismissive, and gave no straight answer as to where he stood on the meeting issue. 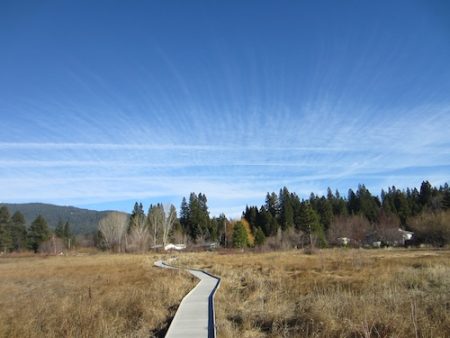 I discovered that the form to request to be on the agenda was not available online. Hmmm… Why? I went in person and filled out the paperwork to be put on the agenda. The county clerk’s office denied the hour and a half I requested. They cut it to an hour, then half an hour.

A week later I received a phone call from chairman, Ed Valenzuela, Mt. Shasta’s supervisor. He told me, “We are too busy, we cannot have the meeting in May but perhaps in June. I will give you fifteen minutes for your experts, the meeting must be a public meeting, your supervisor doesn’t know the procedure. We cannot just hear from experts and a few concerned citizens. Because of the Brown Act I cannot speak to the other supervisors about this. I am meeting with Les Baugh, Redding's supervisor, and will talk to Ray Haupt. If you don’t hear from me by September….” I said, "Excuse me, you just said the meeting would be in June." He mumbled something… then said, “Out of respect for your husband, Stephen, I will allow this meeting. Make up informational packets, don’t give us too much, a one page synopsis with bullet points and some articles. I want the others to have these before the meeting. Call me June 1st. I haven’t had time to research this…” It was then that I reminded him that his constituents in Mt. Shasta had been trying to educate him on this issue for eight years, which included multiple test results from an EPA certified lab showing dangerously high levels of aluminum from Mt. Shasta. I reiterated that Stephen’s recommendation for testing for heavy metals in surface water would cost around $100-200.

I also informed him that Stephen was in the process of drafting a letter to all California State public health officers addressing his concerns. I stated that I would be persistent as this was part of my husband’s legacy. I explained that the sprays were so heavy at times that Stephen and I could not with good conscience take our grandson’s ages 1, 3, and 5 outside. Valenzuela said he wasn’t sure about chemtrails. I told him that chemtrails was a slang term for toxic aerosol sprays.

A few weeks later on May 7th he called to inform me that he had met with Redding supervisor, Les Baugh and Scott Valley supervisor, Ray Haupt, and that he would not allow the meeting on the agenda because this issue was not important enough to Siskiyou County residents. I responded, “So public health is not important? Breathing is not important?”
What did Ed Valenzuela say to my supervisor who was willing to listen? What did Les Baugh say to Ed Valenzuela? What gives these few people the power and arrogance to disrespect and deny the Siskiyou County Public Health Officer’s dire concerns? Not to mention, to deprive the citizens of Siskiyou County their right to speak out against what is certainly the biggest crime against our health and all life.

Why does one man, one of 5 supervisors, have the ability to censure the concerns presented by his constituents and a respected physician and trusted public servant? Sadly, I believe the answer is “Because he can." Our local government is but a microcosm of the corrupt world of politics where crimes against humanity are condoned and citizen’s rights are silenced.
​
We must all be vigilant, informed, and persistent. I will take my 3 minutes and read this to them at a future meeting. I will let them know my husband's concerns are being shared by millions of concerned citizen networks worldwide.