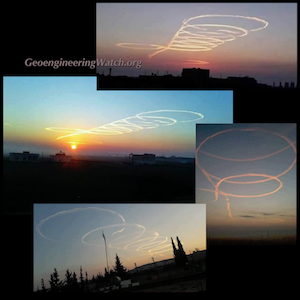 The US government and the western power structure as a whole is completely out of control. Though there is no denying the corruption and criminality that is rampant in other countries like China and Russia, the most dangerous desperate behavior being displayed by a global power center is that of the US / NATO / Trump administration, and the military industrial complex they all stand for. The US / NATO military industrial complex wants total global hegemonic power and will stop at nothing in the attempt to achieve it. The latest desired excuse to ramp up US / NATO military aggression in the Middle East has now been conveniently provided, but what really happened? And why? Do Americans even remember the earlier false flag chemical weapons attack that was staged in Syria, just as the UN weapons inspectors arrived in Syria? Does any rational person believe the Syrians would invite the UN inspectors to their country (after giving up all their chemical weapons willingly) and then launch a chemical weapons attack (with chemical weapons they did not even have) just in time for the UN inspectors to witness it? Really?  The 7 minute video below is very important and informative report of the latest chemical weapons attack false flag launched by western powers that are desperate to trigger global conflict.

What does Google show when you search "Trump / Syria chemical weapons attack"? The Google search results show only the criminally corrupt mainstream media official military industrial complex narrative. That is what the criminal corporate media are paid to do. Some of the "official narrative" headlines from Google are below.

Trump blames Assad and Obama for chemical attack in Syria

The 2 minute video below is yet another glaring example of power structure controlled corporate media pumping out the scripted false narrative of the military industrial complex. This CNN carefully crafted propaganda report is shockingly transparent in regard to its attempt to create public support for continued US military intervention / aggression.

The US mainstream media is a criminal collaborator and contributor to the totally tyrannical and completely out of control military industrial complex. Their lies also include deceptions of total omission. What else is happening in Syria (and all over the world) that mainstream media has never said a word about? An incomprehensibly massive and unimaginably destructive global climate engineering/weather warfare assault that must also be considered biological warfare due to the highly toxic fallout from these programs.

Chemical weapons false flag attacks are not the only toxic activity being carried out in Syria by those in power. The photo below of the skies over Hama, Syria, was taken on the same day as the false flag chemical attack, April 4th, 2017. 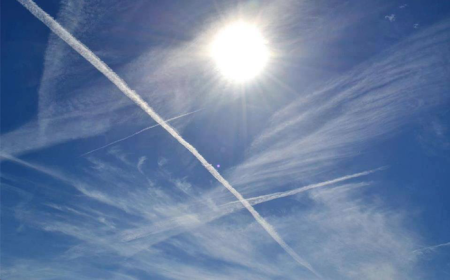 The next group of startling photos were also recently taken in the skies over Syria. 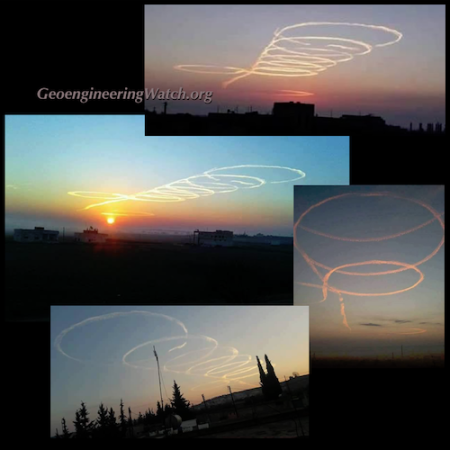 Available evidence clearly indicates that the US / NATO military industrial complex pushing for WWlll. Due to accelerating biosphere implosion and waning global resources, it seems the power structure feels that creating global conflict and chaos is their last available option. In the meantime, every single human being on the planet (and the entire web of life) is being subjected to the highly toxic fallout from ongoing illegal global climate engineering / intervention programs (which must also be considered a form of biological / chemical warfare). All of us are facing what must be considered a fight for life. Whether or not we accept this or believe it is irrelevant, the front-line facts speak for themselves. All of us are desperately needed in the fight for the greater good. Investigate, participate, make your voice heard.
DW