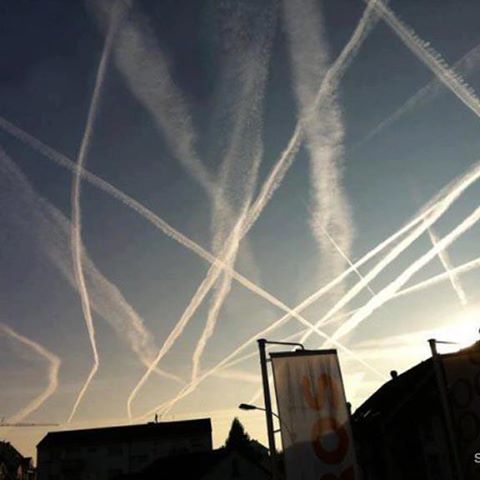 Foundation’s CEO concerned by the “great number” of airline trails being witnessed in Malta’s skies of late.

“The Maltese population is owed an explanation as to how the trail formations like those seen recently in the sky, could take place” – Ragonesi, Gaia Foundation

The Gaia Foundation has called for more transparency and information from airline companies on cloud formations and their possible links to geo engineering.

“In the wake of the great number of trails observed over Malta’s skies in the last few days, we call upon airline companies flying over Malta’s airspace to declare unequivocally whether or not some of their airliners are involved in some forms of geo engineering tests or exercises over Maltese airspace, with a view to affect climatic conditions,” the Foundation’s CEO Rodolfo Ragonesi said in a press statement.
“For some time now the cloud formations being left by some aircraft have caused great consternation and worry amongst a large number of people in several countries. Many years ago the contrails left by aircraft would disappear within seconds. Today some of these trails hang in the sky for several hours, leading to cloud formation, and could even be seen covering huge areas and forming massive clouds on satellite images.”

“Many times planes have been seen actually switching these trails on and off, creating even more suspicion of some intentional acts of commission. The engineering of clouds to manipulate climate is a reality and has been recognised by the scientific community and geo engineers in particular as a possibility for many years. It also exists in the policy documents of some nations, as well as in several registered patents.”

“Yet the public is unaware of any information as to whether a form of geo engineering is taking place in and around our skies, and if so, what chemicals are being used.”

Gaia said that the airline industry was “under obligation” to act with the “utmost transparency and accountability”, whilst air traffic regulators had an obligation to investigate and provide any relevant which could affect the environment.

“The Maltese population is owed an explanation as to how the trail formations like those seen recently in the sky, could take place,” he said.

The Gaia Foundation announced that it will be lodging a formal request with the Transport and the Environment Authorities to investigate the incidents and to ask the airlines flying over and around Maltese airspace to provide “all the necessary information” to establish the nature and reason for the these cloud formations.

The Foundation has also been carrying out its own investigations to ensure that that Malta’s skies “remain free of any form of geo engineering” carried out by foreign corporations.